“Things would disappear from the house, only to resurface days later. Last month, we were all shocked when we woke up to find my two kids handcuffed. When we tried to inquire from them, they couldn’t explain what had happened.”

Ghosts using handcuffs? That might make a kinky twist in a romantic poltergeist comedy (50 Shades of Ghost?) but it’s an actual claim by a terrified father in Kenya who’s trying to convince the authorities that it’s spirits, not burglars, who are stealing from his house, setting fires, tying up his kids and tormenting his two wives. (OK, that may be where whatever is causing the trouble got the handcuffs.) 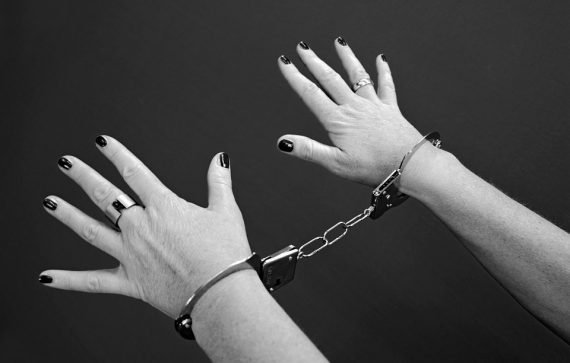 The Nairobian reports that Cosmas Akumba of the Miguye village in Kisumu County in western Kenya claims his family has been bothered by ghosts since 2014 when something started throwing stones at his house – a common way poltergeists are believed to torment the living with their talent for levitation objects. One of his daughters was hit by the stones and needed medical treatment. Sure, it could have been neighborhood pranksters (perhaps with a crush on one of the girls … or two), but Akumba says that doesn’t explain the fires.

“Mysterious fires broke out in my two houses. What is strange is that it all happened at the same time. It is also shocking that the fires only burnt the mattresses and blankets. Nobody had lit the fires.”

OK, spontaneously-combusting mattresses could be a ghost or a consequence of trying to please two wives in two houses, but Akumba says other strange things are happening as well.

“My phone just disappeared, but at around 11pm, my daughter received a call from my number. We later received a text message stating: “You are sending people money but you are not sending me anything. I have withdrawn the money I have found in your phone and I am sending your daughter the remaining Sh50.”

Well, that sounds more like a stolen phone scam than a ghost … unless ghosts have moved from ectoplasm to extortion. While these incidents are certainly not harmless, they’re tame compared to the last event Akumba blamed on ghosts.

“During the same time, one of my daughters who was set to join school woke up with a rope tied around her hands with some oil dripping from it.” 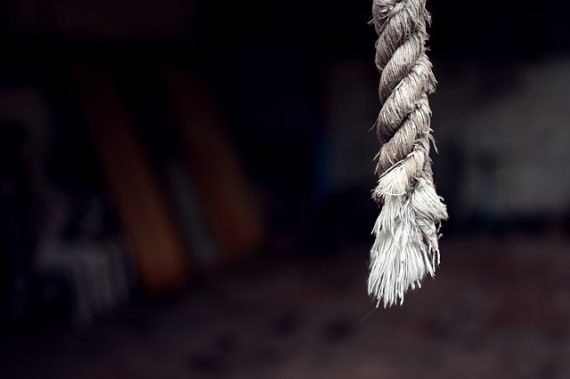 At that point, most people would call the police, but this is Kenya where beliefs in ghosts, witchcraft and the paranormal are so strong that emergency rooms keep exorcists and shamans on speed-dial, so that’s where Akumba took them first.

“When I took my children to the hospital, I was advised to seek divine intervention or seek the services of a witchdoctor. I am a prayerful person and I have been praying over it.”

Yes, one would think that he should be praying for a watchdog or a strong set of locks, but this is Kenya. Mactilda Mbenywe, who interviewed the family, said Akumba was obviously stressed and that convinced reporters of his conviction that he and his family were being pelted, pyro-ed and placed in handcuffs by poltergeists.

This doesn’t appear to be a village with security cameras everywhere or anywhere, so there’s no pictures of the troublemaking spirits or burglars. Akumba says he’s notified the local chief but, if this has been going on since 2014, he and others in the village probably know about it. Is Akumba just the crazy neighbor with two wives who someone is trying to force to move out? Or is he really being haunted?

Strange Activity in a Crop Circle