Everyone knows that the praying mantis gets its anthropomorphic nickname from the fact that they have elongated forelegs which, when folded, makes them look like they’re praying. However, misspelling “praying” as “preying” would not be a mistake. These extremely large flying insects are known for eating birds, amphibians, reptiles, snakes, turtles and, in the case of females in the middle of copulation, inseminating male mantises. Fish have felt safe because they’re neither male mantises nor on the list … until now. Researchers have witnessed the first known instance of a mantis in the wild catching and eating fish. Not only that, it appears they really like fish, are smart enough to know and remember where the big ones are, and can consume enough to alter the ecology of a pond. Is this a movie plot or another insect-driven path to dystopia? 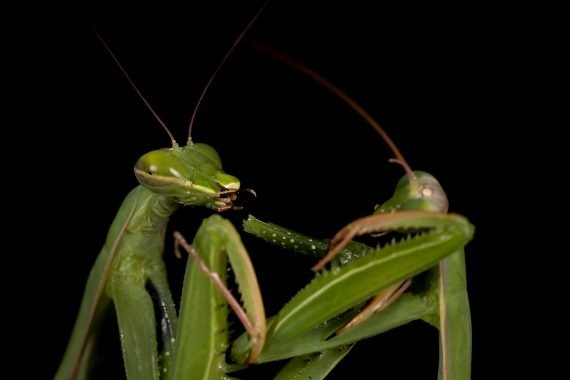 “Last year, the team observed an adult male hunting and devouring guppies in a pond located in a private roof garden in Karnataka, India.”

In a press release, the researchers describe seeing a large (5.6 cm/2.2 in long) mantis (Hierodula tenuidentata) walk across the leaves of water lilies and water cabbages, stop at the edge, reach into the water with those lengthy forelegs, catch a guppy and devour it. That apparently was enough and the mantis left, but not before the researchers noted that it had a white antennomerus (antenna segment) on the right antenna. That allowed them to confirm that the same mantis returned to the same pond for another guppy on the next day … and the next … and the next … and the next, for five consecutive days.

Aside from adding a new item to the mantis menu, what’s the big deal?

“Firstly, the fact that praying mantises hunt on vertebrates outside cages in labs confirms that a single invertebrate species is indeed capable of having an impact on a whole ecosystem. In this case, a mantis preys on guppies which, in their turn, feed on aquatic insects.”

“Remembering the prey’s abundance at a particular site in relation to their ease of capture and their nutritional content, could be one important factor of this choice and may indirectly influence individual fitness. This should be investigated in further studies.” 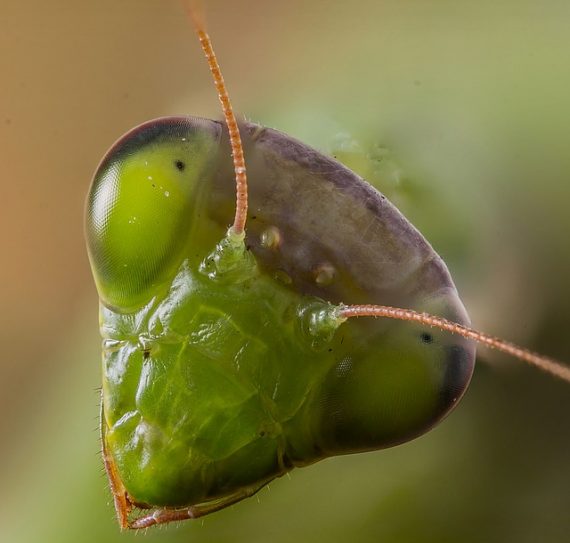 In these days of do-it-yourself home DNA modification kits for making mutant frogs, it’s only a matter of time before someone decides to mess with mantises. Shouldn’t we at least wait until we know more about mantises? What could possibly go wrong?

Whatever the answer, it wouldn’t be long before we became the species doing the praying.