Mothman and Crop Circles: A Connection?

Every couple of years I speak at the annual Mothman Festival in Point Pleasant, West Virginia. And, this year is no different (providing that a certain hurricane doesn't cause significant problems in the area...). Around midnight on this coming Thursday, me and good friends Bigfoot-seeker Shelly Covington-Montana and cryptozoologist Ken Gerhard will be hitting the road to Point Pleasant. It's approximately a 1,000-mile-long drive each way, so it's a good thing that we're all fans of road-trips! As for that weather looming on the horizon, we'll take our chances.

If you have never attended the Mothman gig, and if strange creatures are your thing, then you really should check out the festival. The lectures aside, the entire event is totally held outdoors. Downtown streets are shut down and thousands of people descend on the city of Point Pleasant. You can find people selling Mothman fridge-magnets, artwork, books, t-shirts and much more. There are also bands playing and plenty to eat and drink. In other words, it's a fun weekend of entertaining weirdness. Grumpy, humorless types should stay away. You can find my photos from the 2016 gig at this link. 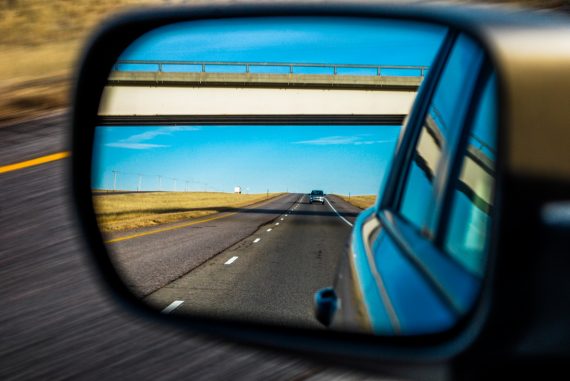 It's worth noting, though, that Mothman-type entities are not exclusive to West Virginia. In 1953, the Houston, Texas media briefly covered the strange story of what became known as the Houston Batman. It was a glowing, flying humanoid that terrified the unfortunate trio who encountered the beast in the dead of night. Cornwall, England has its version: the red-eyed, feathery Owlman. And, during the Vietnam War, the very weird saga of the flying woman of Da Nang surfaced. It probably doesn't need mentioning that similar creatures can be found in other parts of the world, too. Which brings me to the matter of Mothman and Crop Circles. Yes, you did read that right.

Matthew Williams is a good friend of mine. A couple of decades ago, he became the first person arrested, charged and convicted for making a Crop Circle (okay, to be completely correct, Matt was convicted of causing criminal damage, which is not quite as exciting). Matt does not consider himself to be a hoaxer of Crop Circles, though. Rather, he believes that an outside, supernatural force impacts on the Crop Circle makers, provoking them to create the admittedly very impressive formations that appear every year. Matt has, for example, seen glowing balls of light hovering and flying over formations of his very own creation. He has also experienced missing time in those same circles. So, what does all of this have to do with Mothman? Let's see.

Some years ago, I interviewed Matt about his longstanding involvement in the Crop Circle arena and he shared with me a number of intriguing stories. It transpired that, unsurprisingly for someone who had spent years deeply immersed within the Crop Circle controversy, Matt proved to be a veritable fountain of knowledge with respect to tales of weird creatures and phenomena either having been seen in, or at least in the direct vicinity of, complex Crop Circle formations. One such case was very strange: Matt told me that the story in question concerned a man who had felt curiously compelled to drive late at night to a certain field in Wiltshire, England, many years ago. On doing so, the man (whose name is known to me) parked his car and duly, and carefully, began his walk into the depths of the crop. Suddenly, and out of nowhere, a large, black, winged, human-like figure appeared in the air over the field.

“It reminded me a little bit of the Mothman sightings when I heard this story,” said Matt, not without a high degree of justification. Matt continued that the source of the story could only stand and stare in awe, while suddenly gaining the distinct impression that the hovering, humanoid entity was the source of at least some of the Crop Circle formations that were appearing in Wiltshire. At that precise moment, a simple Crop Circle suddenly appeared on the ground immediately below the black figure – after which it vanished from the skies and the man was left utterly alone in the field, and with no real option other than to make his shocked way back to his vehicle and drive home, baffled and bewildered by both the weird, aerial entity and what it was that had directed him to the field.

I may have to bring all of this up at the Mothman Festival...