Mysterious Fire-Spewing Crater Appears in Arkansas with No Explanation

Among the strangest places on Earth is the Darvaza gas crater or “Door to Hell” in Turkmenistan, a massive crater which has been burning uncontrollably since 1971. It’s believed that Soviet geologists exploring for petroleum discovered a large natural gas deposit and might have intentionally ignited it out of fears that the natural gas might poison nearby towns, creating the crater. Whatever the cause was, the crater has been burning for nearly 50 years and shows no signs of stopping.

Whether or not that crater is actually a door to Hell might be in question now that another seemingly supernatural flaming hole has opened in Arkansas. The Midway Volunteer Fire Department in Midway, Arkansas was called this week after residents discovered a volleyball-sized hole alongside Highway 5 South with am 8-foot gout of fire shooting out of it. Fire Department officials and county leaders are at a loss to explain what might have caused the fiery crater, and no one yet knows how deep the hole goes.

Baxter County Judge Mickey Pendergrass says the county is hard at work trying to figure out the anomaly and that while the cause is still unknown, it’s probably not the “big booms” which have been plaguing the country lately:

We don't believe that the devil showed up, or the meteorites landed, or the big booms happened. We have contacted every utility company that is in the area. And we know for a fact now that they have lost no service, they have nothing there. So there's nothing to do with utilities, which would be our first inclination to believe something was there. What ignited it and what fueled it we still don't know. And it may remain forever a mystery.

Note that he didn’t rule out the usual suspect in any local news mystery story: aliens. Was it aliens? Nah, probably not. Right? 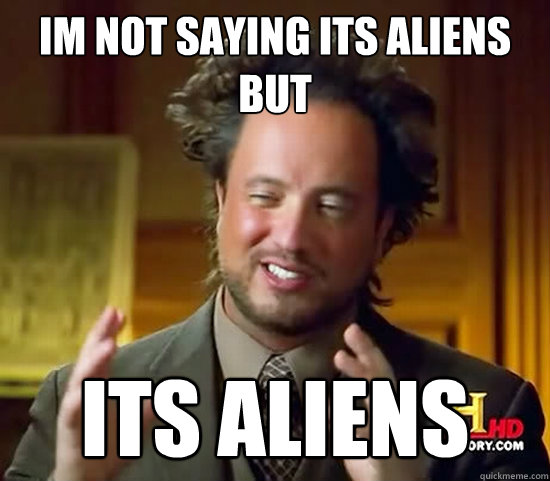 Geologists with the Arkansas Geological Survey are similarly at a loss, with one adding that “he can't think of any geologic situation that would allow that to happen. Not in this area.” The Midway area isn’t known to have any natural gas, fossil fuels, or petroleum deposits which might explain the phenomenon. Current theories are that a meteorite impact or lightning strike may have caused the crater, but there is no evidence for those or any other explanation at this point. For now, this one remains a bizarre mystery.

Dead Birds Mysteriously Fall from the Sky in British Columbia