“Look, I think we've got another one" is a great opening line for a sci-fi movie … but a bad thing to hear from a government agent looking at the strange fruit you just cut open and watched it change from orange (guess what kind of fruit it was?) to an inky purple. Why did the orange turn purple? Why was the agent excited? Why did he confiscate it? Is someone juicing our juice?

"I went rifling through the rubbish bin for the three bits eaten by my son, and sure enough they were more-so purple than the ones left out on the bench. My first thought was I hope it has had no ill effect on my child. But he's fine, absolutely not a drama." 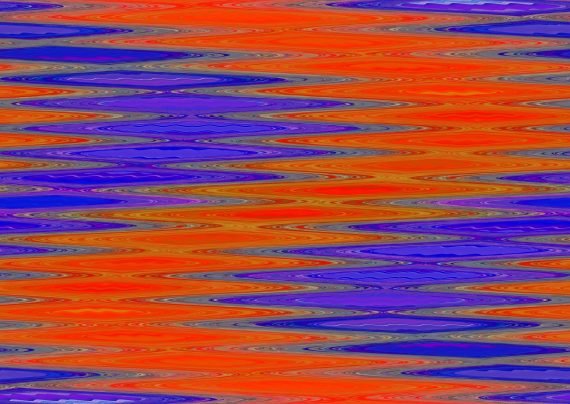 A terrified Neti Moffitt did what any mother would do and thought of the safety of her two-year-old child first after finding the remains of an orange she had fed him the day before had turned purple overnight. (See more pictures here.) After finding him to be OK, the Keperra, Queensland, resident next turned to the Internet to see if this was a new strain of oranges developed to entertain finicky fruit eaters. Instead, she discovered that she was not the first to see an orange turn into purple passion-less fruit – another mother found similarly hued oranges in 2015. Angela Postle of Chinchilla, Queensland, fed oranges to her five children before noticing them slowly turning purple over the next few days. She eventually turned them over to the Queensland Environmental Health Branch which ruled out artificial coloring and iodine.

Further tests on the oranges were inconclusive. In the meantime, Postle bought more oranges and had the same thing happen … but not to every one of them. That led the experts to suspect something on her cutting knife was the cause, but she swore she had cleaned the knife each time before using it. Andrew Harty from the industry group Citrus Australia had no answer.

“That’s very, very unusual. I’ve never seen anything like that, and I’ve been in the game a long time. An orange would never do that naturally.”

That’s why the government seemed very interested when the purple oranges returned. They confiscated the knife, the sharpener, the plates and everything that came in contact with the oranges except for Ms. Muffitt and her kids.

“The orange also leaked some purple onto the vine of a lemon I had cut open in the fruit vine. So they took that also. They were really curious with fruit trees we have in our garden. I also have a bunch of roses besides the fruit bowl, so they took that into consideration. But they’re baffled, they’re absolutely stumped. No-one knows what caused it.”

Oranges are not native to Australia. They and other citrus fruits brought there by the English First Fleet in 1787 grew well around Sydney and spawned what is now a major orange industry … one that doesn’t want things purpled-up. Will they figure it out before it becomes an epidemic? Moffitt was told by the Queensland Health inspector that anything they found would be shared with her. Right.

So the government health officials are puzzled and the citrus industry is worried. No possible causes have been made public as of this writing. Neti Moffitt says her kids show no ill effects and amazingly still like eating oranges.

Wonder if she can still cut them up for them while listening to Prince?