It’s a bird! It’s a plane! Wait a minute … it’s a giant flat rectangle in the sky. Is it a plain?

A North Carolina man posted photographs on Facebook of what appears to be a giant square or rectangular UFO with lights around its edges hovering over Lake Norman – the 50 square mile manmade lake north of Uptown Charlotte that’s often called North Carolina’s inland sea. Is ET looking for a place to fish, waterski or get a greyish tan?

"I was on my way home with my wife on the speaker phone, and it looked like there was a tornado coming, so I was trying to take a picture of the clouds for my wife. But then I saw something that wasn't normal and I was, like: 'Oh my god, what is that?' I started trying to take as many pictures of it as possible while I was driving."

Although we appreciate the effort, it’s always better to pull off the road before taking UFO pictures. The Charlotte Observer reports that Javion Hill claims he took the photo on the dark and stormy night of August 18. Actually, Hill says he did pull over but the UFO was gone. (On the other hand, his wife was happy he made it home safely.)

If parts of this story sound vaguely familiar, on May 29 of this year, a video made the rounds of what was first said to be a giant UFO traveling over the same Lake Norman. That one was farther away and the daytime photo was blurry, but it caused the usual slurry of UFO fury until Goodyear admitted that it was one of their blimps. 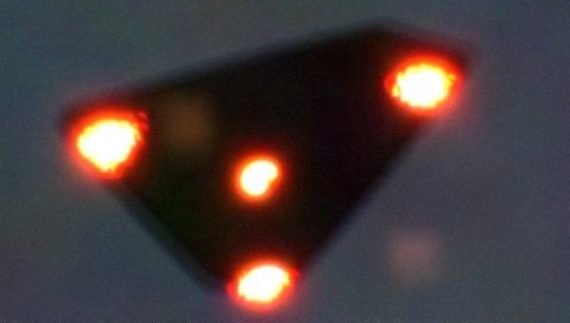 The August 18 photos by Jason Hill are clearer but dark because of the hour and the storm clouds. Since the quadrangular shape doesn’t match a blimp or any other known conventional aircraft, the speculation immediately moved to the experimental military side … and the first name that always pops up in those discussions is the TR-3B, the alleged Black Manta triangular spacecraft that is seen everywhere and confirmed nowhere. That’s entirely possible, since North Carolina has two Air Force bases east of Charlotte. However, the object Hill captured on his phone appears to be rectangular rather than 3-sided and it doesn’t have the one-bright-light-per-corner configuration often seen in alleged TR-3B photos.

What does the only confirmed eyewitness think?

“I was worried for my safety. I didn’t believe in UFOs until that moment.”

Should we? Going back to Hill’s original accounting of the event, he said he was “trying to take a picture of the clouds” for his wife. With his cell phone. Which is rectangular. And could have edge lighting. Going too fast for you? Yes, it’s entirely possible Hill was taking pictures of his phone’s reflection in the window. Or perhaps an illuminated rearview mirror or visor. Remember, It was a dark and stormy night with tornado warnings and Hill was driving. And when he stopped (and possibly rolled down his window), the UFO was gone. 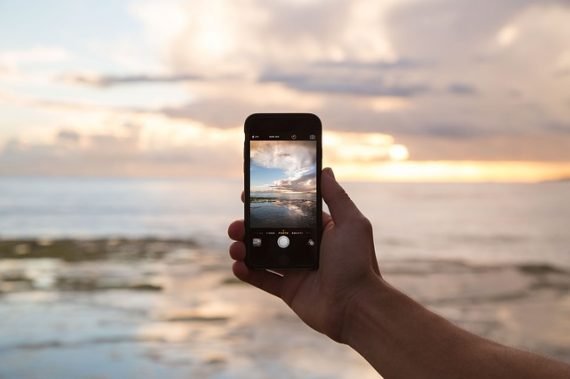 With no other photographs by any other witnesses of the latest Lake Norman hovering UFO, for now the needle on the meter is hovering over “misinterpretation.”