When you walk up to a restaurant door and a sign on it says the place was shut down by the government, you probably suspect there was a health problem and are grateful for the implied warning. What would you think if you walked up to the National Solar Observatory in Sunspot (yep, that’s the town’s real name), New Mexico, and saw a similar sign that the place had been shut down for “security reasons”? Would you be more concerned of you knew it had been closed for a week with no explanation? How about if you found out the nearby post office (the “neither rain nor sleet nor gloom of night” people) was closed for the same reason? Worried yet?

Local ABC station KVIA reported the September 6th shutdown of the observatory on the following day after the above statement was given by Shari Lifson, a spokesperson for the Association of Universities for Research in Astronomy (AURA) which operates the facility. As of this writing, KVIA reports there has been no additional information released despite requests by Otero County Sheriff Benny House, who gave his own report to the Alamogordo Daily News:

“The FBI is refusing to tell us what’s going on. We’ve got people up there (at Sunspot) that requested us to standby while they evacuate it. Nobody would really elaborate on any of the circumstances as to why. The FBI were up there. What their purpose was nobody will say. But for the FBI to get involved that quick and be so secretive about it, there was a lot of stuff going on up there. There was a Blackhawk helicopter, a bunch of people around antennas and work crews on towers but nobody would tell us anything.”

For the conspiracy-minded, Sunspot is a mere 130 miles from Roswell, New Mexico, and about 90 miles from the White Sands Missile Range. Established in 1958, the observatory predates the unincorporated area in the Sacramento Mountains that was named for it. Employees, when they were there, had to go to nearby Cloudcroft for food and gas on New Mexico State Road 6563, named for the brightest wavelength of hydrogen emission, H-alpha. The land once belonged to the Air Force but is now managed by the National Forest Service. The telescope is (or was) open to the public on weekends.

In 2018, the observatory was taken over by New Mexico State University. However, Deputy House is uncertain that’s who he was dealing with when the FBI called them in.

“They’re not federal employees, It may be somebody who threatened one of their workers. If that’s the case, why didn’t call us and let us deal with it. These guys are regular workers that work for this company. I don’t know why the FBI would get involved so quick and not tell us anything.”

After seeing there was no obvious threat, House sent his officers back to the station. What about the local post office? Rod Spurgeon, a spokesman with the USPS, gave this statement:

"Right now, what we're told is that they've temporarily evacuated the area. We haven't been told why or when that expires."

What happened at the Sunspot Observatory to cause a mysterious evacuation there and at the post office that brought in the FBI? While Sheriff House thinks it was a worker incident or an external threat, why keep the places shut down indefinitely, especially since there was no reported crime, shooting or deaths? 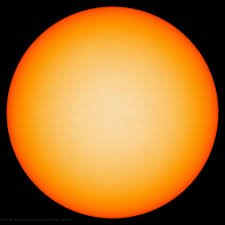 Did someone at the observatory 'observe' something they shouldn’t have? Did someone in Sunspot perhaps figure out why there haven’t been any sunspots for a while? Did they try to sneak the information out through the local post office? Just asking for a friend.

For now, let’s keep a well-shaded eye on Sunspot.