If the wreckage of Malaysia Airlines Flight 370, missing since March 8, 2014, isn’t found soon, every country in the world will eventually become part of the investigation. Cambodia and China joined (or perhaps moved up) the list this past week as a so-called “tech expert” revealed a Google Maps photograph of what he claims is the fairly-intact remains of the plane in a Cambodian jungle. While there’s plenty of skepticism, believers claim that China just launched a satellite that used the coordinates to search for anything strange in the jungle at that location. Is this the end of the mystery or another fork in the road?

"Measuring the Google sighting you're looking at around 69 metres, but there looks to be a gap between the tail and the back of the plane. It's just slightly bigger, but there's a gap that would probably account for that."

The reports of the discovery appeared first in the British tabloids which all have about the same accounts, so we’ll use The Daily Star as our source for quotes like this one from Ian Wilson, who is referred to as a “tech expert” and “technology geek” but gives his occupation as a video producer who happens to spend a lot of time on Google Maps. The first reaction to the photograph is that this is a plane flying over the jungle at the time Google’s satellite took the picture at coordinates 12.08611N,104.1513889E. Wilson contests that, saying the image is at “ground level” because he used the "escape ground view" option to see it. Based on that, he claims the plane is “close” to the dimensions of a MH370's Boeing 777-200 and uses the unexplained “gap” as a fudge factor. The video and tech business must be good because Wilson says he’s planning to hire a helicopter and visit the site, located about around 60 miles west of Phnom Penh, himself. 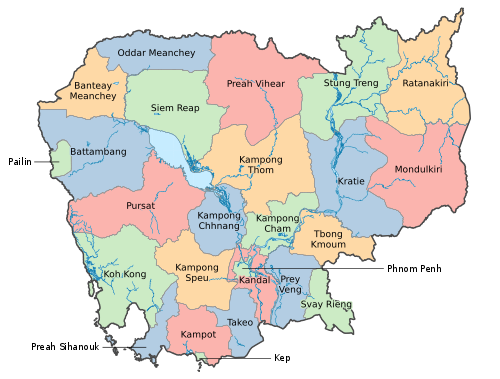 He may want to read the coverage in The Week first. Cambodia's State Secretariat of Civil Aviation says there is no evidence of the crash in any of its data and it has not received information from any other agencies with evidence that the plane crashed in Cambodia rather than somewhere near Reunion Island, 4,000 miles away, where a piece of the wreckage HAS been found.

Then there’s the China connection. The Star refers to “Space View – authorised by the Chinese government,” which is a company providing images from its 10 satellites. It responded to the news story with “three images, shot in 2015, 2016 and 2018 from our archive” at the same coordinates and a brief comment:

"Sorry, no plane found there."

The Daily Star reported that “China deploys satellite to PROVE plane is in Cambodian jungle” but it was apparently trying to connect a launch on September 7 by the Chinese commercial spaceflight startup OneSpace to the news about using satellites to scan the Cambodian jungle.

"Worst case scenario I'm wrong and I've wasted my time and some money."

Well, when you put it that way …

We’ll reserve our own skepticism (let’s start with an explanation of how the plane could remain visible and in such good shape after crash-landing in a dense jungle over four years ago) until he makes the trip.

A Mysterious Lost Race of Little People in Iran