It's raining; it's pouring.
The old man is snoring.
He bumped his head and went to bed,
And couldn't get up in the morning

Children’s nursery rhymes are not the wholesome rope-skipping, playground-singing, bedtime-soothing songs they’re made out to be. Take the “It’s raining, it’s pouring” rhyme, which has a funny, albeit annoying, first two lines that are usually the only ones sung. Few remember the next two lines which, in addition to not rhyming well, tell why the old man isn’t breathing well – he probably fell and suffered a concussion or possibly even died. What fun!

"The first time I heard it it was the most terrifying thing ever, I went cold and felt sick, and thought 'what on earth was that?'" 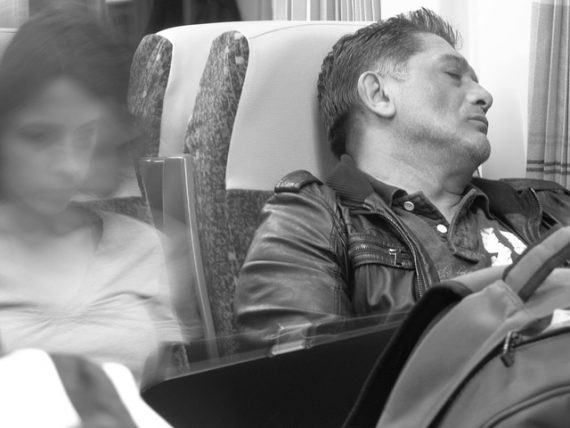 “It’s raining, it’s pouring” isn’t the favorite nursery rhyme of Alice Randle of Ipswich, England, but for an entirely different – and very scary -- reason. The Ipswich Times reports that the local mother and her two small children have heard a ghostly musical version of the rhyme nearly every night for the past year and, until recently, had no idea what was causing the eerie sound. However, she knew the “couldn’t get up in the morning” conclusion and feared the same demise, so she finally did something about it … she made a local council member come out in the middle of the night and listen to it.

"This is unique in our experience - it was difficult to believe a nursery rhyme would be playing in the middle of the night. We did hear the nursery rhyme playing from an industrial premises and it sounded very eerie at that time of night."

“We feel your pain” is a common refrain from politicians, but this time the council member did more … he contacted the owners of the industrial property and brought them out to hear the eerie rhyme. They did and immediately recognized it as their burglar alarm. Wait, what?

“The sound is only supposed to act as a deterrent for opportunistic thieves that come onto our property, and it’s designed only to be heard by people on our private land.”

That’s right – the company’s security system played “It's raining; it's pouring” over outdoor speakers every time a motion detector was set off. But wait … the poor lady and her children were hearing the song every night. Wouldn’t would-be burglars either get the message and go elsewhere? Or did they figure out that no one was showing up and the neighbors seemed to ignore it so why not slowly rob the place blind? Both logical theories, fellow sleuths … but the actual cause is much scarier.

“We are now aware of the problem - the motion sensors were being triggered by spiders crawling across the lenses of our cameras and it looks like we’ve had it turned up too loudly. We’ve spoken to the resident who brought it to our attention and adjusted it so this shouldn’t happen again.”

Spiders! Setting off the motion detectors every night! How big ARE these arachnids? Well, at least the good people of Ipswich won’t have to worry about spooky spiders and their eerie nursery rhymes anymore, right? Right?

“Spiders and other insects are said to be responsible for 30 per cent of false burglar alarms, according to a survey of homeowners by the charity Which? earlier this year.”

This could be why the British never seem to have been big fans of spiders. While everyone remembers the “Itsy Bitsy Spider” rhyme, a decidedly British version shows their true feelings”

Perhaps the old man bumped his head getting up in the middle of the night to yell out the window: