Paranormal Politics and the Politics of the Paranormal II: Future Mexican Undersecretary of the Interior is a ‘Cosmic Energy Therapist’, Possible Cult Follower

On my latest contribution for MU, I reported on how Mexico's future Secretary of the Environment is a firm believer in the existence of the mythical Aluxes, the Mayan equivalent to goblins and fairies. Unlike most of the memes that erupted on social media mocking the story, I opted for balance and instead compared it to the situation in other countries --like Iceland-- in which belief in elves is so widespread it even affects the design of modern highways, lest the traditional abodes of 'the little people' be disturbed.

But now comes yet another news from Mexico in which politics gets entangled with the esoteric: President elect Andrés Manuel López Obrador has just designated Diana Álvarez Maury as the new Undersecretary of Citizen Participation, Participative Democracy and Civilian Organizations (a branch of the Office for Domestic Affairs, or Ministry of the Interior). In Álvarez Maury's LinkedIn page her resumé shows she studied Law in a prestigious Mexican university (ITAM) and also has an MBA --a pretty standard background in politics; unlike most lawyers or business managers, though, her resumé also shows that between 2010 and 2012 she was a "cosmic energy transmission therapist" at a center belonging to an association called Life Quality Project (LQP).

A cursory investigation of LQP shows that it is in fact a cult-like organization that in 2010 had a presence in many countries including Mexico, Argentine, Spain, Italy, the UK, Canada and the United States. At the top of its pyramidal structure is Alfredo Offidani, an Italian who founded LQP in 1987 and whose book La Vía (The Way) is handed over to potential candidates in order to lure new members. Offidani claims to be a spiritual descendant of the XIIth century Sufi poet Farid Ud-Din Attar and a student of Al-Khidr, a spiritual pre-Islamic master who --according to LQP-- gave Offidani the 'divine mandate' to impart his teachings. Only few 'chosen' individuals --including Offidani's two sons and his closest associates-- are allowed to speak to him directly, and retransmit his orders to all the centers across the world via email.

So what are these 'divine teachings' exactly? One of them is known as the IRECA method --the 'Instituto di Ricerca Sull’Energía Cosmica Aplicatta' or Research Institute on Applied Cosmic Energy is a branch of LQP with their seat in Rome-- and according to the IRECA UK page:

The IRECA Method is a simple effective technique used to balance the body’s Energy Centres. When in balance, the Energy Centres are able to bring our human organism into equilibrium, leading to optimal health and well-being. Practicing IRECA involves learning to use intention and attention (‘presence’), with an attitude of non-interference to facilitate energetic changes in the mind-body, typically for therapeutic and/or performance enhancement purposes.

In the IRECA courses, you will learn how to:

If all this New Age babble sounds a lot like Reiki to you, it's because it is --only repackaged with a different pseudo-spiritual veneer, which you can learn exclusively at the LQP/IRECA centers (the UK page announces their 'Level 1 & 2' course begins next November, with a cost of £160. I'm no psychic, but I foresee the next levels to be considerably more expensive…). 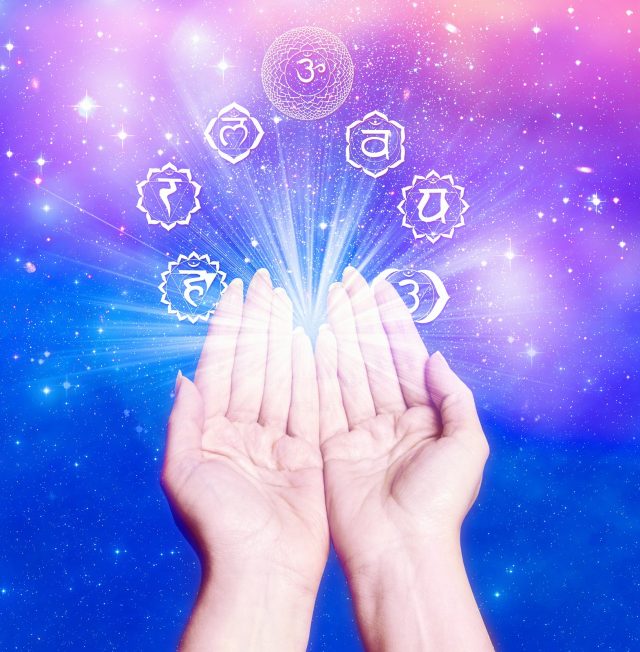 But unlike Reiki --which at least has the redeeming quality of not being monopolized by a hierarchical institution-- from the IRECA courses emanate the subtle stench of a spiritual Ponzi scheme, like with all good cults (and by 'good' I obviously mean the opposite). The Internet seems to have no shortage of web pages condemning LQP of brainwashing their members, and instilling in them the fear that a fate worse than death itself awaits them if they ever dare to question Offidani's 'sacred teachings' and leave the flock.

Is Diana Álvarez Maury still involved with this infamous organization? The fact that her past role as a 'cosmic energy therapist' remains on her LinkedIn page would seem to confirm it; or maybe she's like me, and hasn't bothered to update her profile in years. But if not, what risk would it represent for the future Mexican administration to have a member of a New Age cult promoting pseudoscientific medicinal practices undertaking such a sensitive role in domestic policy? Is she planning to solve Mexico's energy crisis by replacing our dwindling oil industry with the first state-owned cosmic energy-generating company? Could her appointment be an opportunity for LQP to get a bigger foothold in Mexico and Latin America?

Sometimes I look at the current state of politics in the United States and the rest of the world, and it feels as if our side --the side of alternative views, defiance to the status quo and official narratives-- has won the culture wars, but it won for the wrong reasons and with the wrong arguments --exploiting fear and ignorance instead of adopting the road of reason-- and I wonder whether there's light at the end of this long, dark tunnel.

I still hope there is.