Roswell: What If There Is No Evidence Left?

As a follow-up article to my previous one on how we might go about finding proof of what happened outside of Roswell, New Mexico in the summer of 1947, I thought about sharing with you another possible scenario. It is, however, a scenario that most ufologists will not want to hear or even consider. In fact, a case can easily be made that it would be Ufology’s worst nightmare. And what might that worst nightmare be? Well, I’ll tell you. It’s the possibility (or the theory) that the Roswell evidence (bodies, wreckage, top secret files, and photos) no longer exists. In that scenario, all that is left is institutional memory. Barely that, even. Not a scrap of paper, not a section from an autopsy report, not a piece of the legendary “memory metal” said to have been found at the Foster Ranch. But, how could such a thing happen? Well, the answer to that question is this: it depends on what actually happened on the old ranch.

It goes without saying that if an alien spacecraft really did crash in New Mexico in early July 1947, then the recovered, material evidence would have been potentially priceless. It would have been preserved and studied not just for years, but for decades. Arguably, it would still be studied to this very day – albeit at a top secret level. If the bodies were of alien creatures, then at least some of them would have been autopsied, while others may have been purposefully left intact. No doubt, those same autopsies would have been photographed and filmed. On the other hand, let’s say it was suspected that the bodies fell more into what, today, we would term “Artificial Intelligence.” There would be equally good reasons for preserving the bodies. The time would likely come when we could finally understand and grasp the likes of extraterrestrial A.I. The advances in A.I.-based research would have been incredible, providing, of course, we could understand the technology. But, of one thing we can say for sure: A.I. entities would be preserved, as would be the almost-certainly-voluminous files on the studies of the bodies. The same goes for the likes of the aforementioned “memory metal,” for “power-plants,” for “drive-systems,” and much more. What all of this boils down to is the following: if aliens crashed near Roswell 71 years ago, somewhere there has to be a massive body of material, files, photos and more hidden away from everyone.

Now, we come to the far more controversial theory of all: that there is no evidence, no wreckage, no bodies, nothing. That there is absolutely zero to find. It’s all gone, destroyed, burned, and shredded. Such a thing is not at all impossible. That is, if you are open to the possibility that, yes, something came down on the Foster Ranch, but it wasn’t extraterrestrial.

Just about everyone in Ufology knows that in early July 1947 a press-release was prepared stating that personnel from the old Roswell Army Air Field had recovered a “flying disc.” A day later, it was all seen to be a big mistake: just a weather-balloon; nothing to get excited about. While I certainly don’t think the weather-balloon theory is valid, the fact is that if it was a case of a big mistake, and a major embarrassment, there would have been no reason to preserve the materials after the mistake was shown.  After all, why keep the remains of a weather-balloon? Not only that: in all probability, there would be little paperwork generated for a quite-literally overnight sensation that was quickly snuffed out.

The same goes for the U.S. Air Force’s theory that a Mogul balloon – which were designed to monitor for early Soviet atomic detonations high in the atmosphere – was the culprit. Mogul balloons were nothing unique, at all. They were huge arrays of regular, balloon-based technology. Again, there would have been no need to save the remains of a huge Mogul balloon. And, the fact that the whole affair was caused by a domestic device would have meant that, yet again, any and all generated documentation might have been scant. Now, we come to the matter of a highly controversial scenario for Roswell; one in which bodies and wreckage were found and documentation was created, but that, today, no longer exists – at all.

In 2005, I wrote a book titled Body Snatchers in the Desert. It was a study of the claims of a number of elderly people – including whistle-blowers – who claimed to know what they said was the truth of the Roswell controversy. Namely, a series of top secret flights that took place in New Mexico in the summer of 1947. They were, I was told, high-altitude-based experiments that involved huge balloon-arrays, lifting-body-type aircraft, rocketry, and – the most controversial aspect of all – human “test-subject” used against their will; people taken from asylums, hospitals and other facilities – none of who would be missed. People attached to the controversial Paperclip program (that brought huge numbers of Nazi scientists to the United States) worked on the project, as did Japanese scientists. It’s a theory that was expanded on significantly in my 2017 book, The Roswell UFO Conspiracy. 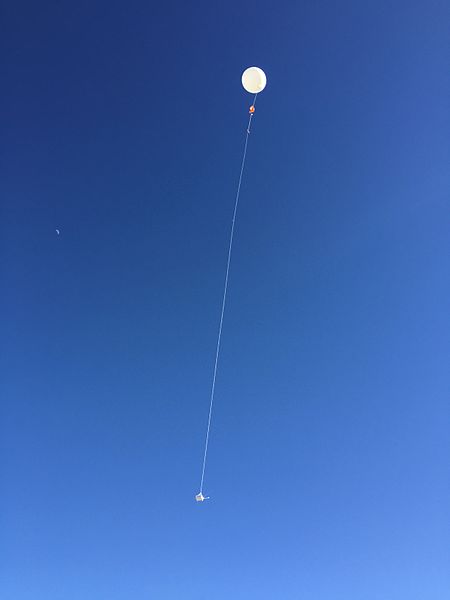 All the people I interviewed told the story from their own perspectives: some claimed to have seen the mangled bodies of handicapped people used in the experiments. Others said they had read files on what amounted to a series of ill-fated flights, one of which came down on the Foster Ranch, Lincoln County, New Mexico in July 1947 and led to the legends of the crashed UFO and the alien bodies. When certain figures in government learned what was afoot, and that the line had been crossed to just about the worst degree possible, the program was hastily shut down. More important from the perspective of this particular article, the people I spoke with maintained that all of the files were destroyed – chiefly because the program failed and because of the illegality of certain operations. For the most part, I was told, the files were specifically burned to protect the guilty and to prevent the story from reaching the media. And, after the wrecked devices/arrays were studied to see what went wrong, they too were destroyed. When snippets of the story did reach the public and the press, the whole thing was covered up under a mass of fabricated tales of crashed UFOs and deceased extraterrestrials.

Now, it’s important to note that while I don’t think I was fed disinformation or outright lied to by my various sources, I can’t prove it; I have to remain open-minded. But, I will say this: the scenario presented in my two Roswell books is the only one which allows for (a) a significant event having occurred; (b) the recovery of bodies and wreckage from the ranch; (c) a huge cover-up of the facts; and (d the complete destruction of any and all documentation that told the truth of Roswell.

Basically, it all comes down to this: if the Roswell affair had extraterrestrial origins, everything is ordered to be preserved. If the Roswell incident was a dark and disturbing military experiment, everything is ordered to be destroyed. I doubt that most ufologists will sit well thinking that, just possibly, the only things left from Roswell might be old memories and nothing else at all. But, that just might be where things really stand.