Sometimes it’s great when life imitates art. Other times, not so much. Throughout history, science fiction has served to caution mankind against playing at gods or pushing the boundaries too far in our quest for knowledge and power. Often, though, these warnings go unheeded and we plow ahead with our foolish or nearsighted attempts to force our will upon the natural world around us. Just look at CRISPR. Don’t scientists read H.G. Wells? 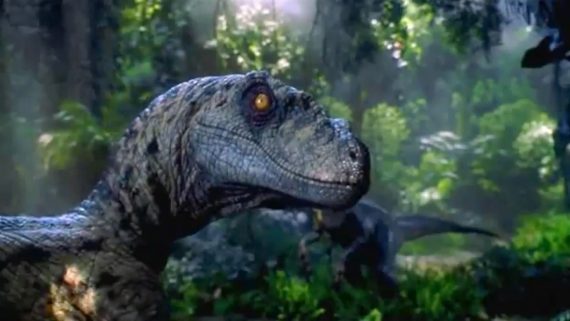 Or Michael Crichton for that matter? Or go to the movies? Or even acknowledge one of the largest franchises in modern pop culture history? Apparently not, judging from the recent news that Russian scientists are planning to open “Ice Age Park,” a theme park which will feature cloned versions of extinct prehistoric animals which will surely not break free of their bonds and go on a man-eating rampage, right? I mean really, what could go wrong?

A lot could go wrong, that’s what. There’s a reason these animals went extinct, and we have no idea how they’ll react to today’s conditions - not to mention busloads of Chinese tourists. Nevertheless, thanks to DNA harvested from specimens found in Siberian permafrost and collaboration with clone-happy South Korean geneticists, geneticists and paleontologists at the Northern-Eastern Federal University (NEFU) in Yakutsk predict they could have walking, farting wooly mammoths stinking up the joint and attracting tourists to the barren Siberian wasteland. According to regional administrator Aisen Nikolaev, the park may be just a few short years away from opening:

Back in 2014, a group of my friends and I proposed a project to create an Ice Age Park with mammoths - everyone laughed then. But they’re not laughing now. The prospect was no longer fantastical. Today, technology is developing at an explosive pace, and what yesterday seemed to be scientific nonsense, today is an absolutely clear prospect for scientists. Thanks to cooperation with Korean and Japanese scientists, in my opinion, this [cloning a mammoth] will happen in the next decade.

You know a guy’s got everyone’s best interests in mind when he says “they’re not laughing now” through gritted teeth while presumably wringing his hands excitedly, eyes darting back and forth as he discusses explosive technological growth.

Will this “Ice Age Park” end exactly how we all know it will end - with fire, screaming, and Jeff Goldblum riding away in a helicopter as the mammoths raise their blood-soaked tusks victoriously towards the skies behind him.