It's always seemed odd how much time we spend thinking about death while knowing that we'll find out soon enough. It feels like a real serious waste of time, but it will always be an integral part of the human experience. More so, probably, for those of us living in a society dominated by a scientific materialist worldview. Other societies, those that place more of a premium on lived mystical experiences, are likely less concerned with the mystery of dying as the west, because whether their answer is right or wrong, it's still an answer. Recently, western science has begun revisiting an old conundrum in a big way: psychedelic substances, their link to mystical experiences, and the long term health benefits they can provide. Important among those health benefits is evidence that psychedelics can help ease end-of-life anxiety and depression in people with terminal illnesses. The question for western science now is "why?" which, should be said, seems like a silly question to anyone who's had a mystical experience under the influence of psychedelics, but that is science's job.

A recent paper published in Frontiers in Psychology details clinical tests used to qualitatively compare the experience of taking DMT, that most powerful of psychedelics, with that of near-death experiences (NDEs). There's an often repeated "fact" about DMT that should be addressed: it hasn't actually been proven that your brain floods with endogenous DMT at the moment of death, some scientists believe it to be the case, but that is not yet proven. For the study, the researchers selected 13 volunteers through word-of-mouth advertisement. The volunteers were required to have had experiences with psychedelics before and were required to have no medical history of mental illness. In a double-blind placebo controlled experiment some, volunteers were given intravenous DMT while others were given a saline placebo.  After they were done partying with the cosmic machine-elves, they were asked to fill out a survey that is used to measure NDEs. 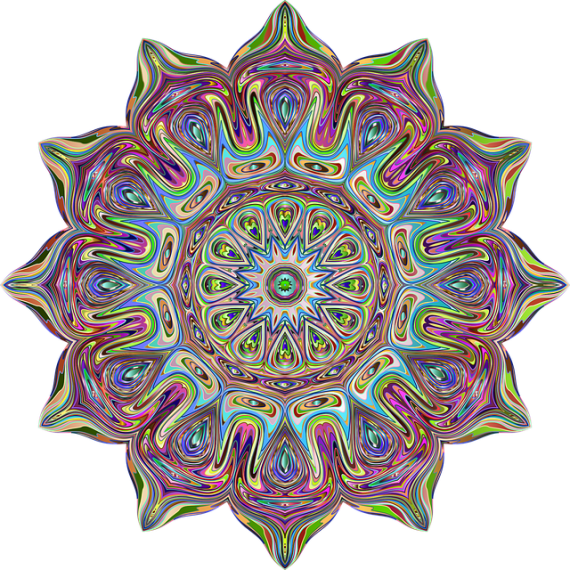 What they found isn't all that surprising to anyone with knowledge of DMT and the psychedelic experience at large. They're pretty similar experiences. From the paper:

Results revealed significant increases in phenomenological features associated with the NDE, following DMT administration compared to placebo. Also, we found significant relationships between the NDE scores and DMT-induced ego-dissolution and mystical-type experiences, as well as a significant association between NDE scores and baseline trait ‘absorption’ and delusional ideation measured at baseline. Furthermore, we found a significant overlap in nearly all of the NDE phenomenological features when comparing DMT-induced NDEs with a matched group of ‘actual’ NDE experiencers. These results reveal a striking similarity between these states that warrants further investigation.

The "delusional ideation" mentioned refers to the fact that people who believe in spooky things tend to have more profound psychedelic experiences as well as more profound near-death experiences. The criteria used to determine what is "delusional" is from the Peters Delusion Inventory. The paper describes it as such:

The PDI is a measure of delusional thinking in the general population and contains items related to paranormal phenomena (e.g., belief in telepathy, witchcraft, and voodoo) as well as strength of belief and level of distress associated with these.

Make of that what you will. Personally, I'm pretty sure that if your work involves people mainlining DMT to find out what happens when you die, you waived your right to call anyone delusional. Or maybe we can admit that we're all a bit delusional in our own way.

Regardless of whether a writer on the paranormal feels personally attacked by a scientific journal or not, this is a fantastic step towards the normalization and better understanding of psychedelics. If we can use these extraordinarily powerful chemicals to better understand the universally experienced and universally terrifying inevitable end, maybe we can find peace, and maybe we can get on with living while we still have time.