Yet another example of the giant, hilarious joke we call reality is the human gut. Apart from the brain, the gut is probably at once the least understood and most important part of human physiology. Of course it is. One, it's where the food goes, and you are what you eat, as they say. Two, it's gross and unglamorous to discuss.  Even the word gut has a deranged onomatopoeia to it. It's the sound made by a sad water balloon, and that's a bit like what it describes. Michelangelo might have hid the form of a brain in the Sistine Chapel, but there's not that many subversive small intestines in the great works. Still, the discoveries about the human digestive system keep coming, and like a lot of the best science, it just keeps getting more mysterious.

The most recent intestinal intrigue is the discovery that human gut bacteria produce electricity. Scientists from the University of California, Berkely found that our digestive system is full of a type of bacteria called electrogenic bacteria. It's not that scientists have discovered a new type of human gut bacteria, it's that most of the bacteria in the digestive system generate electricity and scientists just never noticed before.  The reason for this comes down to the means of electricity generation.

Science has known about electrogenic bacteria for a long time, finding them in acidic mines and deep underwater.  When plants and animals breathe oxygen we're essentially stripping the electrons to keep ourselves powered up like the ridiculous meat robots we are. The electrogenic bacteria that we've previously found do the same thing except, being that they generally don't live in oxygen rich environments, they breathe metal instead, generally iron or manganese. To transfer the stripped electrons out of the bacterial cells requires a complex chain of chemical reactions—called the extracellular electron transfer chain. What the new research found is the existence of a far simpler transfer chain used by single cell wall bacteria in an environment rich in flavins, for which vitamin B12 is a precursor. According to Sam Light, an author of the paper, which will be published in the journal Nature in October:

"It seems that the cell structure of these bacteria and the vitamin-rich ecological niche that they occupy makes it significantly easier and more cost effective to transfer electrons out of the cell. Thus, we think that the conventionally studied mineral-respiring bacteria are using extracellular electron transfer because it is crucial for survival, whereas these newly identified bacteria are using it because it is 'easy.'"

The end result of this discovery is that a whole host of bacteria just got a lot more interesting. The different electrogenic bacteria that exist in humans alone is staggering. Probiotics turn out to be electrogenic, but so do the bacteria that cause a number of horrible diseases like listeria, gangrene, and staph infections, as well as the bacteria responsible for causing diarrhea. Also included are the bacteria which ferment things like alcohol and cheese, and researchers think that electricity might play a role in the taste and composition of fermented foods. 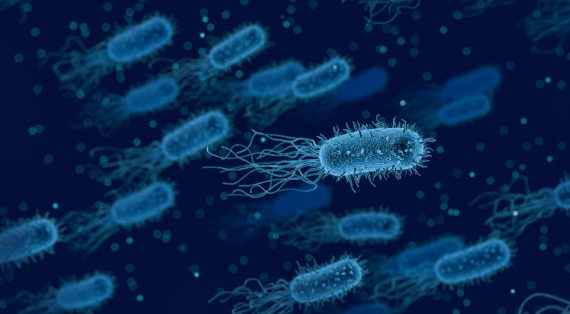 Scientists think that this new found electrogenesis might be key to understanding how different bacteria interact with our digestive system. It's worth asking if this has anything to do with our gut's influence over our emotions and decision making. Especially considering that delivering electric shocks to the Vagus nerve, which runs into our gut, can cure depression when drugs don't work and scientists still have no idea why.

Other applications of this new research will likely be in using colonies of electrogenic bacteria to generate sustainable power, which has already been demonstrated on a small scale.  The real take away from all this might be this: we're gross and only when we learn to embrace it will we ever progress as a species.

UFOs Around the World: Australia