The FBI and the Blackhawk helicopters are gone and the employees of the Sunspot Solar Observatory on Sacramento Peak in New Mexico are slowly coming back after the facility was mysteriously evacuated and closed on September 6th without explanation, causing rumors and conspiracy theories of all sizes and flavors to flourish. While the reason given for the closure seems to make sense in hindsight, the stress it caused local residents (some of whom were also evacuated) and law enforcement officials makes many wonder if it wasn’t overkill … or if there’s still some things they’re not being told.

“However, our desire to provide additional information had to be balanced against the risk that, if spread at the time, the news would alert the suspect and impede the law enforcement investigation. That was a risk we could not take.”

A spokesperson for AURA, the Association of Universities for Research in Astronomy which runs the 71-year-old solar observatory in Sunspot, New Mexico, finally revealed on September 16th that the investigation was criminal in nature, but gave no details on the crime itself.

"AURA has been cooperating with an ongoing law enforcement investigation of criminal activity that occurred at Sacramento Peak. During this time, we became concerned that a suspect in the investigation potentially posed a threat to the safety of local staff and residents. For this reason, AURA temporarily vacated the facility and ceased science activities at this location."

Temporarily? Eleven days of evacuation plus a total news blackout at a facility whose main feature is a telescope makes one say more than “Hmm.” The observatory is near Holloman Air Force Base, the White Sands Missile Range and, of course, Roswell. The investigation was done by the FBI and the owners of the Blackhawk helicopters, not members of local law enforcement, who were asked to leave and kept in the dark. 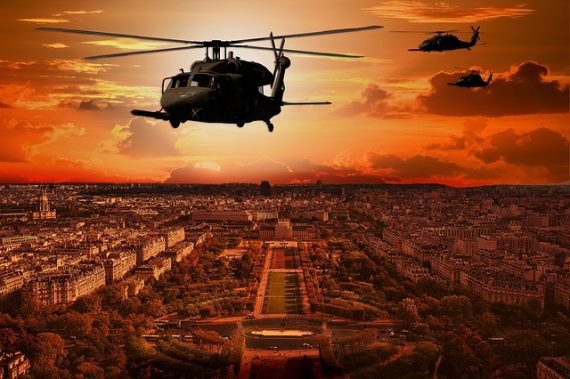 As of this writing, there is no news of arrests being made or criminal charges being filed as a result of the alleged criminal investigation. The nine employees are back on the job and the facility is again open for tourists. How long will it take before they’re tired of being asked the same questions that have nothing to do with the Dunn Solar Telescope or the sun?

While the sun continues to shine everywhere else, Sunspot seems to be under a dome covered with an SPF 100 suncreen.