Do you remember Mad Mike Hughes? He’s the ‘don’t call me a daredevil’ steam-powered rocket engineer who earlier this year took a short (1875 feet/.57 km) steam rocket trip into very low space and landed safely with minor aches and pains. Mad Mike claimed he was planning a higher (in altitude) trip to show once-and-for-all whether the Earth is round or flat. However, politics seems to have become a more attractive and safer endeavor (perhaps he’s not so mad after all) and Hughes announced this week he’s running for governor of California on a platform of promises that includes “Expose the Flat Earth.” It’s California … does he have a chance? (See his campaign video here.)

“Do I believe the Earth is shaped like a Frisbee? I believe it is. Do I know for sure? No. That’s why I want to go up in space.”

Perhaps Mad Mike Hughes has a backdoor plan to get into space through politics. After all, Vandenberg Air Force Base, site of plenty of rocket launches both public and private, is in California. If elected, how hard would it be for a rocketman-turned-governor to convince his constituents at Vandenberg to give him a quick ride? Perhaps he could persuade fellow big-thinker Elon Musk to put him on a SpaceX flight. Then again, it would be tough to find anyone at NASA or SpaceX to back him up on that flat-earth theory … “Do you believe the Earth is round?” is probably one of the questions on the application form.

OK, let’s look at what else on the Mad Mike for Governor platform might appeal to Californians.

Those points sound like strong left-wing causes. Who in California is going argue against “Stop all fires”? While he doesn’t say how he’d eliminate traffic on his Facebook page or website, replacing carbon-fueled cars with steam-powered vehicles might do the trick and boost the job possibilities and end poverty for long-unemployed boilermakers.

On the other hand, most of the nails in the Mad Mike platform are more appealing to the political far right wing and to conspiracy theorists.

Public Hangings
Deport all illegal immigrants
Eliminate taxes
Eliminate gun restrictions
Wage war on all politics as usual
Stop chemtrails
No fluoride in the water
Expose the Flat Earth
Getting Woman out of the workplace and bringing back traditional home values
2 Genders ONLY!

Public hangings! You’d probably have to go back to the days when there really were steam-powered cars on the road to find a political platform advocating any form of public executions. While wars on illegal immigrants, taxes, gun restrictions and politics as usual should appeal to many California conservatives, wars on chemtrails, fluoride, working women, gender fluency and the round Earth don’t sound like game-winners in a state that elected Jerry Brown twice in two different eras and two left-leaning conservative actors in two other different eras. 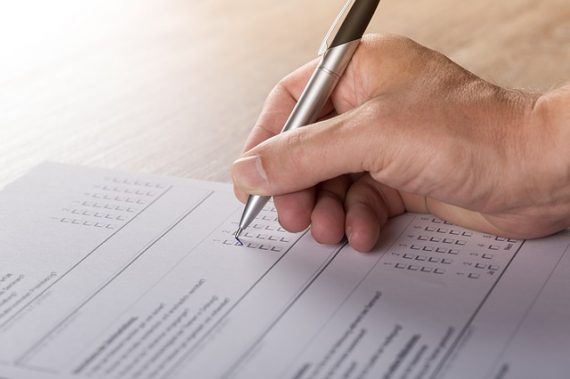 The real mystery in the run for California governor by Mad Mike Hughes is whether such a broad but conflicting laundry list of campaign promises will appeal to a broad but conflicting California constituency. His appeal to this writer was in the the novelty and success of his steam-powered rocket trip. In the voting booth, my check mark would go to sending him on a real rocket or balloon to view the curvature of the Earth (while holding a Frisbee and an orange), then on to retirement and an autograph tour as what he should be known for -- the world’s last successful do-it-yourself steam-powered Rocketman.