Strange Tales of the “Little People”

Now and again a story will surface that is so bizarre it's difficult to know what to think of it. Today's subject-matter falls firmly into that particular category - in fact, there are several such stories, not just one. We're talking about those who claim to have seen what can only be termed "little people." I'll let you, the readers, offer comments and suggestions on what might have been the cause of such tales. Frank Banner’s family tells of the time that Frank, in 1971, encountered a group of around fifteen strange, diminutive beings in the woods surrounding Trempealeau Mountain, Wisconsin, as he took a stroll with the family dog. According to Banner, as he walked along one particular track he suddenly developed a sense of being watched. He was.

Within seconds, a group of very human-looking, but only about two-feet-tall, creatures came out of the woods in front of Banner. Curiously, the dog did not act in a hostile fashion, but wagged its tail vigorously, as if it was greeting a bunch of old friends. Banner, however, was terrified by the sight of this strange band of mini-people – all of who were dressed in what Banner described as “primitive clothing.” The group did nothing more than smile at Banner, wave, and then continued on their way, into the woods on the other side of the track. Despite the fact that the family made jokes about Frank having met a tribe of pixies, until his dying day banner believed he had encounter an extraterrestrial race of very human-like – albeit small – proportions. Of course, there is an important question to ask: if they were so advanced extraterrestrials, why were they dressed in "primitive clothing?" Moving on...

Dave Shaw’s experience in 1999 is an another perfect example of high-strangeness. While walking through the woods surrounding Texas’ Lake Worth, saw a “little man” that raced past him at a very fast speed, and who was dressed in a yellow, one-piece outfit. “Little” is undeniably apt, as Shaw estimated that the “man” was between one-and-one-and-a-half-feet in height. The little man didn’t turn back to look at Shaw; he just carried on running, vanishing into the undergrowth. Alien, sprite, goblin? There is no answer to that question.

Adelaide, Australia was the site of a profoundly odd encounter reported by Samantha K, in September 1984. As she walked home from a late shift at the restaurant she worked for at the time, she almost stumbled into what she too described as a “little man." He was about two feet tall, raced across the quiet road, was dressed in a silver, one-piece suit – and a large helmet. He vanished into a nearby alleyway. Sam says she was too amazed to be scared by the weird experience.

A similar saga comes from Janice Bakewell, who encountered a small UFO – as in extremely small – in Marlborough, Wiltshire, England in January 1977. Just like Frank Banner in 1971, Janice was walking through woods with her dog. It was early one morning when she heard a loud buzzing noise that quickly filled her ears – and clearly those of her dog, too. Puzzled, she looked around, but it was all to no avail – at least, for around two minutes. Then, everything became amazingly clear. 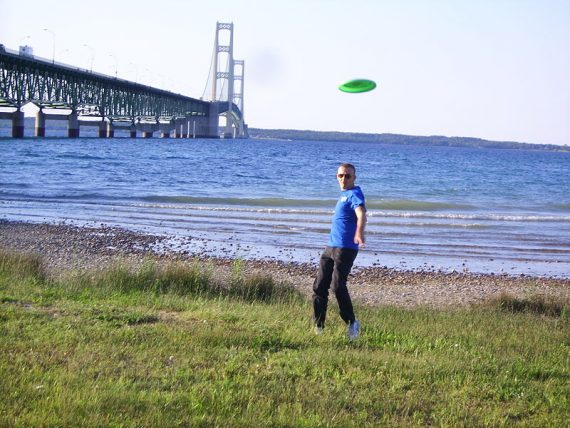 As if out of nowhere, a small flying saucer appeared before her, hovering at a height of around four feet off the ground, in a small clearing in the trees. It was circular in shape, silver in color, and had a red band around its middle. And, it was barely four-feet across. She watched, astonished, as the diminutive craft settled to the ground – in decidedly wobbly fashion – and a small door opened. Janice still recalls holding her breath, wondering what might happen next. She soon found out.

Out of the door flew three, three-to-four-inches-tall small humanoid figures: clearly female and glowing brightly, they fluttered around Janice for a minute or two, dressed in silvery mini-skirts! At one point the tiny trio landed on Janice’s right arm, smiled, then flew back into the craft, which shot away into the skies, never to be seen again. Bizarre? Yep! Theories, anyone?

The Ghosts That May Still Be Haunting the Oval Office