The Ghosts That May Still Be Haunting the Oval Office

A new book by Bob Woodward, Pulitzer Prize-winning Washington Post writer and co-author of All the President's Men, is making the rounds and numerous passages are being quoted, debated and disputed. One that was particularly intriguing claimed that the current president believes there are ghosts in the Oval Office, particularly the spirit of President Lyndon Johnson who likes to knock  papers on the floor. It turns out the story is not in Woodward’s book (it was traced to a fake Twitter site) but there are plenty of people who claim to have seen, heard, felt or feared ghosts throughout the White House ever since it was built. There are plenty more than just the spirit of Honest Abe prowling his old bedroom.

That’s a good place to start though, since the long list of people who claim to have seen Abraham Lincoln’s ghost includes Presidents Theodore Roosevelt, Herbert Hoover, and Dwight Eisenhower; First Ladies Jacqueline Kennedy and Lady Bird Johnson; British Prime Minister Winston Churchill, Queen Wilhelmina of the Netherlands and numerous presidential children and relatives. The first person to report seeing Lincoln’s ghost was First Lady Grace Coolidge, who claimed to see him at a window in the Oval Office. The last reported sighting of Lincoln's ghost was in the 1980s by a White House employee. 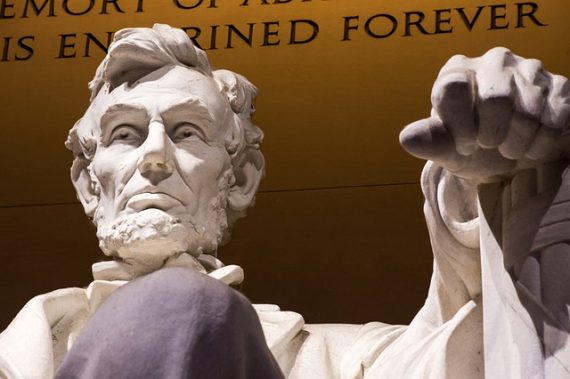 Lincoln’s 11-year-old son Willie died of typhoid fever in the White House in 1862 and may people have seen his spirit, possibly including his mother, Mary Todd Lincoln, who held spirit circles and seances after his death in the Red Room (a parlor on the first or State Floor which leads into the State Dining Room). Mary Lincoln is also one of many who reported hearing the ghost of Andrew Jackson laughing in the Queens' Bedroom or Rose Room, where many have also seen Jackson’s ghost lying on the bed.

Other presidents who can’t seem to let go of the White House include John Tyler, who haunts the Blue Room (another first floor parlor) with his second wife, Julia Gardner, with whom he had seven children and married while in office after his first wife, Letitia Christian, died of a stroke in the White House after bearing eight of his children. Perhaps Tyler is just trying to find a quiet place to escape all those kids in the afterlife. Tyler was the first vice president to assume office after the death of a president. In his case, he followed William Henry Harrison, whose ghost has been seen in the White House attic or third floor where the First Family can relax in a billiards room, a workout room, a music room or a sun room (or any place Harrison isn't). Is it required for the vice president to take over in the afterlife as well?

Speaking of First Ladies, their spirits also like to stick around the White House. Dorothea "Dolley" Madison loved the place, holding many parties there during her husband’s two terms. She saved George Washington’s portrait when the British set fire to the White House in 1814 and helped manage its redecoration. Madison succeeded Thomas Jefferson and Dolley also served as a stand-in First Lady for the widower. While you’d expect to find her ghost inside, the most popular story is that gardeners during the Wilson administration were told by Mrs. Wilson to dig up the Rose Garden, first planted by Dolley Madison, and they refused after seeing her ghost. A great tale, but the Rose Garden was an invention of the first Mrs. Wilson, not Dolley. 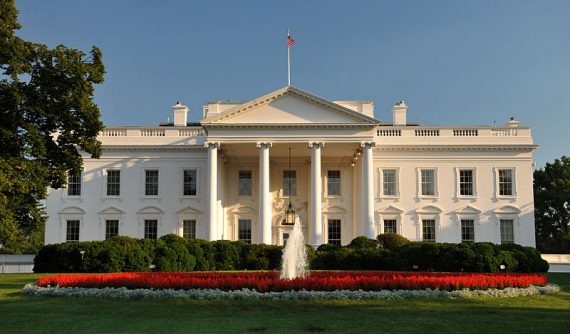 Another presidential spouse whose spirit was seen in the White House is the second First Lady, Abigail Adams. She’s been seen carrying a load of laundry (really!) in the East Room (the largest room in the White House and often used for receptions and press conferences) where she reportedly had her servants hang clothes to dry because the rest of the White House was too damp … and you can’t have a clothes line on the front lawn of the people’s house!

While most of these ghosts seem to be benevolent, there are few who may still be in the White House out of spite. Multiple people have heard a voice identifying himself as David Burns, the man who owned the land before it was confiscated by the government to build the house. The most famous evil ghost is naturally tied to Abraham Lincoln. Mary Surratt owned a boarding house where John Wilkes Booth stayed and she was arrested after the assassination as a co-conspirator. Despite pleading innocent, she was found guilty and hanged, she was the first woman executed by the US federal government. While you’d expect her ghost to be there looking for the ghost of Andrew Johnson who refused to grant her clemency, many have instead seen and heard the ghost of her daughter Anne pounding on the door of the White House and begging for her mother’s release. If you’re there on July 7, the anniversary of her mother’s hanging, you might see her sitting on the front steps.

Bob Woodward would probably have a tough time corroborating these ghost stories, but it’s certainly more fun to read and retell them than the tales of the DC living.

Roswell: Why We Need More Than Just Words