The Mysterious Ancient Walls of California

In the eastern reaches of the greater San Francisco Bay Area, California, is the region most commonly called the East Bay, which comprises the eastern shores of the San Francisco Bay and San Pablo Bay, the city of Oakland, communities in Alameda and Contra Costa Counties, and the larger cities of Fremont, Hayward, Concord, Berkeley, Richmond and Walnut Creek. It is a fast growing, populous region, but it is not without its share of strange mysteries, and one of the more intriguing of these is a series of enigmatic walls sprawled out in the hills, with origins shrouded in mystery and lost to the mists of time.

The walls, often referred to collectively as the “Berkley Mystery Wall,” meander over 50 miles through the hills surrounding the East Bay area, snaking along from Berkley to San Jose, and passing through various State Parks, including Ed R. Levin County Park in Santa Clara County, Tilden Regional Park in Orinda, and Mission Peak Regional Preserve in Alameda County, as well as private ranches in the Livermore Valley, and they are a common sight for hikers in the area. The walls themselves range anywhere from a foot or two high all the way up to 5 feet in height, with an average of 3 or 4 feet, and are composed of rocks of varying sizes, mostly coarse-grained sandstone, ranging from softball sized stones all the way up to massive boulders weighing several tons, all stacked with precision but not using any type of mortar. They are very old looking, sunken deep into the earth, covered with a layer of lichen, overgrown with weeds, and obviously ancient. 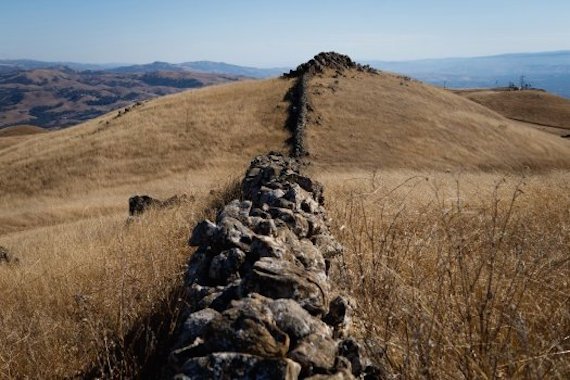 The trajectories of these walls are sporadic in nature at best, sometimes stretching for many miles, sometimes only for short stretches, and they can go perfectly straight or twist around in snake-like patterns or even spiral. Some are out in the open for no apparent reason, while others run up against boulders or are situated in inaccessible areas where it is hard to imagine anyone wanting to build a wall for no apparent purpose in the first place. And this is one of the enigmas, that they don’t seem to have any use for anything. None of them are enclosed and they are too low to be effective as a way to keep in horses or livestock, and they do not seem as if they would be of much use as defensive positions either. Making it all even more bizarre is that some of the walls end at mysterious stone circles up to 30 feet in diameter, their purposes just as inscrutable as the walls that lead to them.

The strangest thing of all is that it is completely unclear as to just who built these walls or for what reasons, and it is still unknown how old they even are. There is no written documentation of the walls’ construction, and pretty much the only thing known for sure is that early Spanish explorers in the region reported that they were already standing when they arrived. Of course with such a mystery and lack of any clues as to the origin of these walls there has been much speculation about them over the years, ranging from the plausible to the more outlandish. 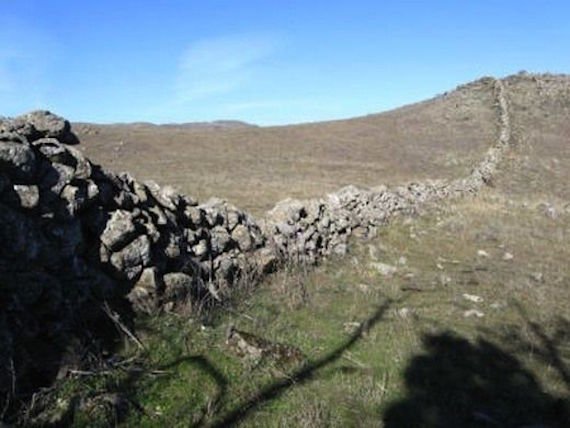 One of the first ideas as to the origins of the mystery walls was proposed in 1904, by a UC Berkeley professor of Oriental languages and literature named John Fryer, who was convinced that they had been erected by ancient Chinese or Mongolian explorers that had arrived in the area before the earliest known European settlers. This is intriguing, but unfortunately there is no other real evidence whatsoever to suggest that ancient Chinese explorers were ever in the East Bay Area in Pre-Columbian times. Other ideas were that these were erected by the Native tribes of the area or by early European explorers or missionaries for purposes unknown, although many researchers at the time believed the walls to predate the Spaniards and even the Natives.

A more far-out theory is that the walls were built by an advanced lost civilization from the legendary continent of Lemuria, once proposed as being the true origin of the human race, or settlers from another supposed lost continent called Mu. According to proponents of this idea, the displaced populations of these submerged continents spread out across the globe, and in this case made their way to the East Bay Area, where they erected their walls. The problem is that there is no real evidence to support this, nor even of the existence of these quite possibly mythical continents in the first place. 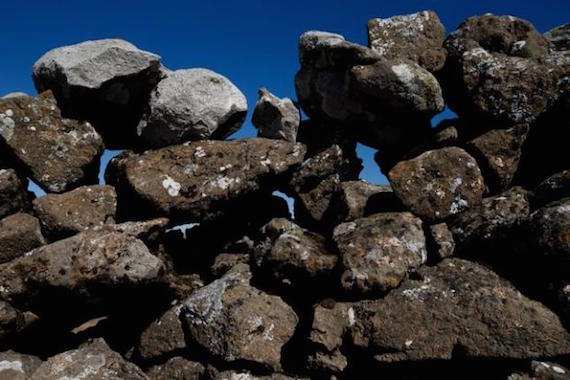 A perhaps more rational theory is that the walls are not as old as we have long been led to believe. Research into the lichens covering the walls has suggested that they were quite possibly built between the 1850s to 1880s, which is far from Pre-Columbian times, and an era in which there were many ranchers in the area and a steady influx of settlers. While this method of dating the walls is not totally accurate, this theory supposes that these were walls erected for the purpose of guiding cattle, delineating property, or catching drain water, possibly by Native American, Chinese or Mexican laborers at the time, using whatever means they had at their disposal, accounting for the inconsistent nature of the walls. It is certainly not as romantic as the idea of mysterious explorers or ancient lost civilizations, but it is seen as a likely answer to the mystery.

However, a true and definitive answer has continued to elude us, and the walls remain just as cloaked in mystery as they always have been, with archeologist Mark Hylkema, of the Santa Cruz District of California State Parks, saying of them, “There is no definitive answer on its origins, which further delights the public, who can take it to new levels of speculation.” As with many such mysterious structures we are left with an unsolved puzzle, fuel for speculation and debate, but offering few real concrete answers, a location etched in time as an anomaly, possibly forevermore. We are left still asking who built these walls and for what purpose? Why are they so unevenly built and what are the circles they lead to? Although these walls skirt some of the most rapidly growing and highly populated areas in California we still don’t know the answers to these questions, and the puzzling mystery walls of the East Bay continue to elude clear understanding.