Do you think the citizens of Pompeii had any idea that their horrific final moments would endure for so long, endlessly worked over and analyzed? Did any of them have a flash of insight right at the end and see Pink Floyd making noise on the blasted ruins of their estate? If ghosts can feel anger, Pompeii ghosts are livid.  Pompeii is fascinating, though, not only for the mythic destruction it suffered, but because that destruction resulted in some of the most well preserved artifacts and artwork we have of the ancient Roman empire. Recently, archaeologists uncovered a family shrine—called a lararium—preserved in volcanic ash and stone and nearly untouched by the near two thousand years that passed between the eruption of Vesuvius and now.

The shrine is remarkable because of the detailed paintings around it and the glimpse into Roman life that it provides. Every Roman household had one of these larariums, tributes to the gods that protected those households, but few could afford one such as this. With a raised pool and a garden inside, this lararium belonged to the upper crust of Pompeii society. Below the shrine is an altar which contains the residue of burnt offerings to the gods. The wall mural features detailed paintings of humans and animals, including a peacock that is framed to create the illusion it is walking amidst the garden.

Finding such well preserved paintings is no small feat. The first excavations of Pompeii occurred over three hundred years ago and, as there wasn't the same level of archaeological standards at the time, resulted in the destruction of many of the recovered artifacts as well as the site itself. If it wasn't for the carelessness of earlier archaeologists there would likely be many more paintings as well preserved as this one. When Mount Vesuvius erupted in 79 CE, it covered Pompeii in volcanic ash which caked to the walls and sealed the paintings against the sun and moisture that destroyed so many other paintings from Roman cities not blasted by volcanoes. 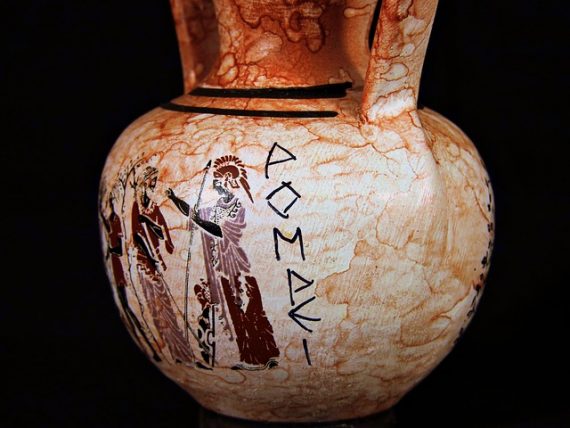 Because of that, there is still a lot we have yet to understand about Pompeii and Roman culture in general, some of which is contained in this shrine. For instance, there is a figure on the wall mural that seems to be a man with a dog's head. Researchers are unsure of who this is supposed to be. One proposed idea is that it is a Romanized version of the Egyptian god Anubis. According to Dr Ingrid Rowland, professor of archaeology at the University of Notre Dame, the people of Pompeii, and Roman citizens in general, were fascinated by Egypt, which was already ancient by the time of Vesuvius' eruption. But, as she told the New York Times, there could be other explanations:

"There are also ancient tales of dog-headed people in the East who had excellent, just government and communicated by barking."

Wait, what? OK, I don't care how many priceless pieces of history you have to smash. We need to know what's up with dog-land.

Why the Wendigo is Not My Monster