Bedroom Encounters With Something Terrifying

One of the strangest cases in my files comes from a woman who, back in the 1990s, had a series of experiences that left her seriously ill, and which took her several months to fully recover from. Alison, of Texas was seventeen when, in late 1998, she began to feel ill. The first symptom was a rapid loss of weight: around ten pounds in less than a month – which is definitely not a good thing. Given her age at the time, it’s perhaps not unreasonable that Alison’s mother tactfully asked if all was okay with her. When her mother brought up the issue of her weight loss, Alison became noticeably defensive, but denied that she had anorexia or bulimia.

Nothing more was said: Alison continued to have a healthy appetite, despite continuing to steadily lose weight. It was around ten days later, however, that Alison’s mother became deeply worried: early on a Sunday morning Alison screamed for her mother, who quickly came running to her bedroom. To her horror, she saw Alison laying on the bed, her face deathly pale. When her mother tried to help Alison to sit upright, Alison’s eyes rolled into her head and she fainted. Luckily, the pair lived only a few minutes’ from the local hospital and so Alison’s mother got her into the car and raced to the emergency room. In no time, she was being examined.

As Alison - who regained consciousness in the car, but who felt weak and dizzy – rested, a doctor asked her mother about Alison’s general health. She explained that Alison had lost a lot of weight in the last few weeks. Maybe not surprisingly, the doctor too asked questions about anorexia and bulimia. When Alison recovered, the pair left the hospital, with the doctor suggesting to Alison’s mother that she keep a very close eye on her daughter, and – if she had any more fainting spells – to take her to their regular doctor. They were wise words: Alison fell sick on three more occasions, and as her weight began to plummet: a final total of approximately twenty pounds in around six weeks. She was admitted to hospital and watched very carefully.

Tests showed that, physically, Alison was exhibiting all the physical signs associated with early anorexia. But, there was always someone with her when she ate her meals in her hospital room – and at home, too. In fact, she was eating eagerly. On top of that, Alison’s mother sat with her for hours after eating each meal – on the suggestion of one of the doctors, to make sure she didn’t make herself ill, bulimia-style, by vomiting up her meals. Further tests were run but no answers were to be found. At least, not by conventional medicine. 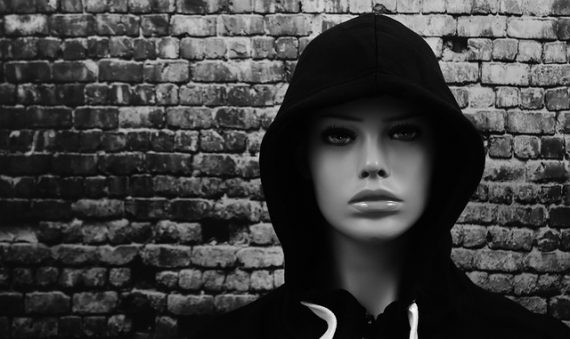 At the height of her illness, when Alison even started to take on a jaundiced look, she confided in her mother that there was something she had not told her – or the doctors. Alison’s mother feared, initially, that her daughter was going to say she had been using and abusing hard drugs. But, no. Alison said that four or five days before she began losing weight, she woke in the dead of night to see a pale-faced woman, attired in a long and black, hooded robe, standing next to the bed. The woman was very tall – around six-foot-three or –four. Her skin was white, and her eyes were staring and bulging. Alison found herself unable to move as the woman closed in on her, looming over the bed as Alison struggled to move. The woman gave a loud, satisfying groan at the very same time that Alison suddenly felt ill and cold. The woman retreated into the darkness of the bedroom and vanished.

Alison put the whole thing to a bad dream – and told her mother that she didn’t think any more about it. That is, until the pale hag returned the next night, and the next night, and…well, you get the picture. Alison’s mother listened, in fear and dread, as her daughter told her how, every night for weeks, the woman appeared in the bedroom. And, all the time, Alison was getting sicker and thinner. Alison even claimed to have seen the woman in her hospital room – as if, said Alison, the Woman in Black knew where she was at all times. Alison confided one other thing in her mother: four or five nights before the woman first appeared, Alison and two of her friends had been playing with an old Ouija-board. Alison’s mother was more terrified than she was angry – after all, she only wanted to get her daughter well, not pass judgment when she was severely ill.

As luck, or fate, would have it, Alison’s mother had a friend, Jennifer, who worked in the field of alternative medicine and who also had deep knowledge of the world of the supernatural. Jennifer agreed to perform a cleansing of not just the family home, but also of Alison herself. Since the pale, supernatural woman only ever appeared at night, Jennifer said it would be a good idea for her to sit in the bedroom while Alison slept – to ensure that if the woman did appear she would be ready to deal with her.

Jennifer arrived the following evening, armed to the teeth with just about everything she needed to ensure that the evil entity in the home would be banished for good. Jennifer’s weapons included sea salt – which is said to have the ability to prevent supernatural creatures from crossing certain thresholds, including doorways to rooms. So, Jennifer scattered more than liberal amounts of sea salt at the front- and back-doors of the home, in front of Alison’s bedroom, and across the window-sill in her room. That was followed by the use of sage. Traditionally, and for centuries, sage has been seen as both a powerful protector and a cleanser. So, Jennifer did what she does best: she performed a lengthy cleansing program that went on for several hours, and ensuring that the smoke reached all corners of the home. Then, it was a case of watching and waiting. 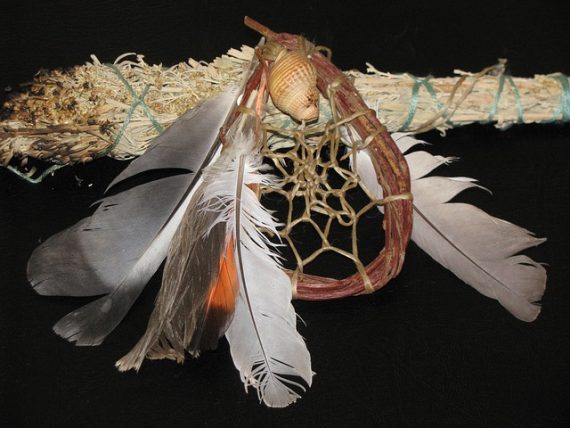 Alison’s mother stayed in the living-room, at the suggestion of Jennifer – who sat by Alison’s bed, ready for just about anything. The black-garbed woman did not put in an appearance, but there were two inexplicable things that did happen that night: Alison’s bedroom was briefly filled with an odor like rotting meat, and, for a few moments, rapid scratching noises were heard on the walls of the bedroom. Alison and Jennifer held hands tightly, and prayed that the hideous thing would leave – and leave now. By all accounts, the rituals worked. The eerie woman was never seen again and over the course of five or six weeks Alison’s health returned to normal. Today, and now in her late thirties, Alison is convinced that whatever the woman was, she was feeding on her, something which led to the weight loss and anorexia-like side-effects and symptoms. To this day, Alison keeps both sea salt and sage in her home – which, today, is in Arizona.

The Mysterious Haunting of Borley Rectory