What did North Carolina do to deserve 2018? Besides a hurricane (and the possible remnants of another one), it’s been hit by strange animal sightings, multiple UFO reports, spillover from strange objects washing ashore in South Carolina, and now a biblical plague of frogs and toads that has amphibians raining down, popping up and clinging to the sides of everything … not to mention engaging in copious mating activities. Does anyone have a magic staff they’re not using?

“I had one jump on my face laying in bed.”

Frog foreplay? No, that's the comment of a frustrated North Carolina resident complaining in The Outer Banks Voice about the frog and toad plague that began in June and has continued unabated ever since. According to Jeff Hall, North Carolina’s state biologist, climate is the culprit for the croakers. Unusually heavy rains in the late spring gave tree frogs lots of places to lay eggs and plenty of pools and puddles for tadpoles to survive and grow. Once they reach adulthood, they’re out of the water and climbing trees and walls in search of bugs, which are also in abundance as a result of the rains.

“I’ve heard of people stepping outside and frogs falling on their shoulder, freaking them out.”

Hall says those falling frogs are often hiding in door cracks or feasting around porch lights, which he warns is “like the Golden Corral for them.” It gets worse. Tree frogs hibernate and can live three to five years, so this bumper crop will be around for a while. If that weren’t enough, there’s toads too. The flooding caused by Hurricane Florence last month led to “explosive breeding” by eastern spadefoots – the most abundant toad species on the east coast.

“They’re all over my windows and hot tub.”

As a frustrated resident told The Charlotte Observer, humans aren’t the only creatures who use hot tubs for “explosive breeding.” In fact, the eastern spadefoot spends most of its post-tadpole life underground in deep hibernation, digging out only to feast and fornicate … not necessarily in that order nor in equal proportions. These toads also live three to five years, so North Carolinians, especially those with hot tubs, will be hearing the croaking sounds of explosive breeding for years to come – and the resulting explosive population growth. 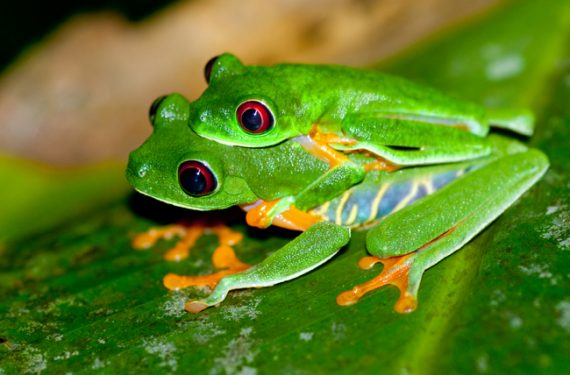 Frogs and toads are the canaries-in-the-coal-mine for our environment, so perhaps the news that they‘re healthy and thriving in North Carolina shouldn’t be called a plague. Then again, the reason they’re booming is another human-generated condition. Solving the problems we’ve created is complicated.

However, we need to fix them before our own days of explosive breeding are over.

Easter Island Heads May Have Been Markers for Drinking Water