On the list titled “What Could Possibly Go Wrong?”, eliminating males from the act of reproduction is rightly near the top of lists compiled by men, and potentially should be near the top of women’s lists as well. Yet that hasn’t stopped those skilled in the art of CRISPR gene editing from successfully editing males out of the equation … at least for mice. Are humans next? What was the name of that John Steinbeck book again? 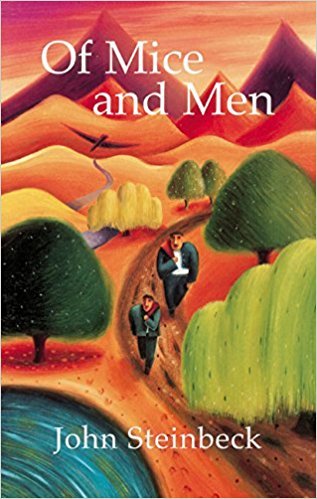 "We were interested in the question of why mammals can only undergo sexual reproduction.”

In other words, why are mammals incapable of natural parthenogenesis or asexual reproduction? That question challenged Qi Zhou and other researchers at the Chinese Academy of Sciences to experiment with mice in an attempt to create offspring from pairs of females or pairs of males using CRISPR to edit haploid embryonic stem cells – stem cells which only half a set of chromosomes. These cells still contain the means of genomic imprinting which automatically shuts down development in cells that don’t have both male and female genetic material, resulting in abnormal or in-viable offspring – one of those bad/good things nature provides.

It doesn’t take a rocket or genetic scientist to figure out what happened next.

“The researchers created the mice with two mothers by deleting three imprinting regions of the genome from haploid ESCs containing a female parent's DNA and injected them into eggs from another female mouse.”

In the press release announcing the publication of the study in Cell Stem Cell, co-author Qi Zhou describes what went wrong and what seemingly went right. A total of 210 embryos were created and 29 managed to survive and develop into “normal” adult mice who went on to reproduce on their own using the normal method.

Things didn’t work out so well with the haploid embryonic stem cells from males. They needed more extensive editing to remove their genetic imprinting mechanisms and had to be placed in an egg that was also edited to remove its nucleus containing female genes. Despite this, 12 embryos survived, but only for two days. (Long enough to hear the booing from female mice?) Not surprisingly, the male scientists plan to keep trying with two males.

"This research shows us what's possible. We saw that the defects in bimaternal mice can be eliminated and that bipaternal reproduction barriers in mammals can also be crossed through imprinting modification. We also revealed some of the most important imprinted regions that hinder the development of mice with same sex parents, which are also interesting for studying genomic imprinting and animal cloning."

The sex act is easy. Perhaps that’s why nature made everything after it so complicated and difficult. Researchers have already succeeded in developing human haploid embryonic stem cells.

The Mysterious Drummer of Tedworth