Celebrity is a curious thing. In our modern world, we've been programmed to revere the famous--be they actors, musicians, sports stars, or fashion models. Celebrity status is something that many millions of us aspire to. Rightly or wrongly, the words of the famous carry considerably more weight in all spheres of society than the words of those who are not. For example, it is not unusual for artists in the music and movie industries to make political speeches and to lead political causes. It matters not that they are technically completely unqualified to do so--they've already earned a certain measure of our faith simply by virtue of being famous, regardless of what they are actually famous for.

When celebrities speak out on the UFO issue, however, the public are inclined to take their statements with a pinch of salt. Perhaps it's because the artistic industries are so closely linked with drugs and alcohol, and UFOs are often associated with altered states of consciousness. The logic goes: "It's no surprise Celeb X sees UFOs... Celeb X has a drug habit." But perhaps we should not be so quick to throw out the baby with the bathwater, or the UFOs with the LSD. Western culture's inclination to dismiss reports of UFOs or non-human entities from those who dabble in psychedelic substances speaks to a fundamental misconception of anomalous phenomena. To its detriment, popular UFOlogy is firmly rooted in materialist models of our reality and generally assumes that the UFO phenomenon is external to the human condition: something purely physical from out there that is happening to us, rather than something we play a part in generating, but which is no less "real" as a result.

Alien entities in one form or another have been a core component in the psycho-actively induced vision quests of countless indigenous cultures dating back millennia. As modern science has progressed, we've learned more and more about how psychoactive substances interact with our brain and nervous system, and, though many questions remain, it is increasingly clear that naturally occurring substances such as Dimethyltryptamine (DMT) do not induce mere "hallucinations," rather, they break down our perceptive barriers and literally expand the boundaries of human consciousness, enabling us to perceive layers of reality not readily accessible in our everyday lives. In other words, such substances may enable us to see what is already there, hidden in plain sight. 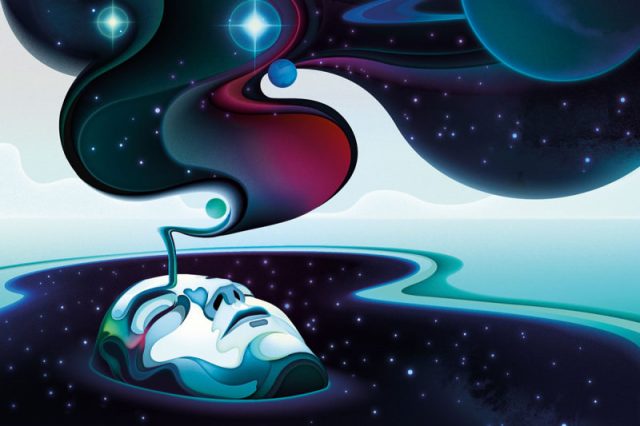 Some people who take DMT do so precisely for the purpose of seeing and interacting with "alien" entities, and they are often successful in these endeavors. But are their alien experiences any less "real" than those of people who are not under the influence of psychedelics? I say no. There are countless examples in the modern UFO era of credible witnesses claiming to see UFOs and/or aliens in the vicinity of others who report nothing unusual at all. How do we account for this? It would seem that UFO reality is not objective; at least, not always. In fact, a great many reported UFO experiences are clearly subjective. This is not to say they are not real, but that human consciousness is far more mysterious than we know, and that, as many theoretical physicists contend, our consciousness creates our reality.

We know that creative brains are wired differently than most, and it may be that this wiring predisposes an individual to phenomena that most of us will never experience, be it ghosts, fairies, aliens, or whatever label one chooses. When creative brains are affected by psychoactive substances, it is perhaps no surprise that anomalous phenomena may manifest. Even without the drugs, it may be that creative brains are better attuned to perceive a broader spectrum of reality than normal brains, and perhaps we should not be so quick to dismiss UFO reports from individuals our society might label "colorful" or "eccentric," or even from those with a known history of drug use. Perhaps instead we should reexamine popular conceptions of the UFO enigma, placing greater emphasis on the role of the observer in generating UFO experiences and related phenomena.

In my book, UFOs: Reframing the Debate, Greg Bishop posits what he calls "the co-creation hypothesis," in which UFO phenomena may be “co-created”events between the observer and the observed. This theory allows for the existence of anomalous stimuli or even non-human intelligences, but suggests that whatever the underlying cause of UFO events, it is likely far more complex and participatory than mere extraterrestrial visitation. It raises serious questions about just how far off the mark popular UFOlogy is in its simplistic conceptualization of this phenomenon.

With all of this in mind, here, for your consideration, are the UFO encounters of 5 celebrities with creative brains, all of whom have indulged liberally in illegal substances of one form or another... 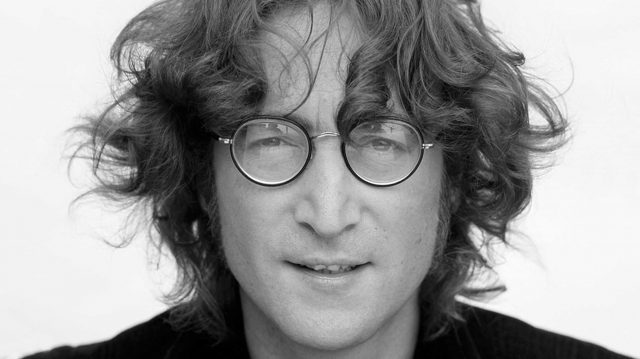 The Beatles legend was absolutely convinced that he witnessed a UFO on the 23rd of August, 1974, but Lennon insisted he was "very straight" at the time of his sighting. Later that year, he told Interview magazine that he observed the UFO from his window while "just dreaming around in my usual poetic frame of mind."

Lennon said the craft was approximately 100 feet away from him and hovering over an adjacent building. He described it as "a thing with ordinary electric light bulbs flashing on and off round the bottom, one non-blinking red light on top."

Lennon's then-girlfriend, May Pang, also saw the UFO. She recalled:

"As I walked out onto the terrace, my eye caught this large, circular object coming towards us. It was shaped like a flattened cone, and on top was a large, brilliant red light, not pulsating as on any of the aircraft we'd see heading for a landing at Newark Airport. When it came a little closer, we could make out a row or circle of white lights that ran around the entire rim of the craft - these were also flashing on and off. There were so many of these lights that it was dazzling to the mind."

In 1966, before he became internationally famous as the frontman of Motörhead, Lemmy Kilmister--well-known for his excessive drug use during the '60s and '70s--had his own sighting of an anomalous aerial object. He told Inked magazine:

"This thing came over the horizon and stopped dead in the middle of the sky. Then it went from a standstill to top speed, immediately. We don't even have aircraft that do that now, never mind then. So that was pretty eye-opening for me." 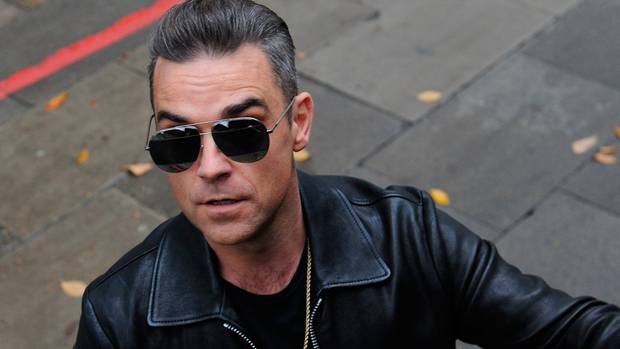 Pop star Robbie Williams, formerly of the hugely successful boy-band Take That and one of best-selling solo artists in British history, was rarely out of the tabloids during the nineties and noughties for his addictions to drugs and alcohol. He's since straightened himself out and is currently a judge on the UK version of The X Factor. In recent years he's made so secret of his obsession with the UFO topic. During a 2018 interview for Australia's  60 Minutes on Sunday show, Williams told journalist Liam Bartlett:

“I've seen a few strange things. I've experienced phenomena I can't explain... I've seen one [a UFO] right above me and if I got a tennis ball out I could have hit it with a tennis ball." (In a different interview for an Irish radio station the year prior, Williams said: that the UFO was "less than a 150 feet above my head").

During his 60 Minutes interview, Williams was pressed by Bartlett to clarify his mental state during his sighting: "Hang on," said Bartlett, "For the record, no substance was involved?" Williams replied without hesitation: “No substance was involved. No, no substance was involved at all.” Sober or not, there is no telling the extent to which Williams' years of drug abuse may have rewired his brain. A UFO 150 feet above his head and no other witnesses? Williams was clearly sincere in his recounting of the event, and his experience--a UFO at close quarters with no other witnesses--is far from unique in the pages of UFO literature. Williams also recently shared his UFO experience onscreen in the 2018 documentary, Hunt for the Skinwalker. 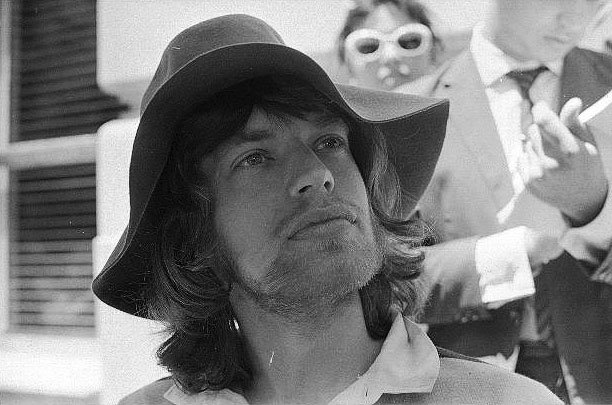 In his book, Alien Rock: The Rock ‘n’ Roll Extraterrestrial Connection, Michael C Luckman documents Jagger’s long involvement in the UFO subject. According to Luckman, in 1968, Jagger went camping in Glastonbury with his then girlfriend, Marianne Faithful, and witnessed a huge, cigar-shaped “mothership." It was around this time that Jagger is said to have had a “UFO detector” installed at his British estate. “The alarm kept going off whenever he left home, indicating the presence of strong electromagnetic activity in the area.” 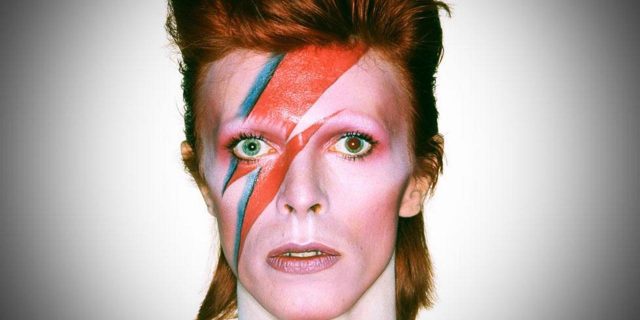 Everyone knows that The Man Who Fell To Earth had a longstanding fascination with all things alien--a fascination that fuelled him to create some of his best work throughout the 1970s. But Bowie's attraction to the alien Other was not purely intellectual--the rock star apparently had multiple UFO sightings when he was a child living in England before going on to publish a UFO newsletter with friends as a teenager. Later, in 1967, Bowie apparently had multiple UFO sightings over London.

In his book, Starman, Bowie biographer Paul Trynka wrote of the rock icon: "David was obsessed with UFO cover-ups... All those who had gone UFO-spotting with him around 1967 [...] confirm, 'We did see UFOs – absolutely.'"

Bruno Stein of Creem magazine once recalled overhearing Bowie in discussion with a Ufologist in 1975. Bowie said:

"I made sightings six, seven times a night for about a year when I was in the observatory. We had regular cruises that came over. We knew that the 6.15 was coming in and would meet up with another one. And they would be stationary for about half an hour, and then after verifying what they'd been doing that day, they'd shoot off."

In The Laughing Gnostic, author Peter Koening paraphrased Bowie discussing a formative sighting; the artist's interpretation of his experience was wonderfully insightful, and perfectly illustrative of the idea that some UFO experiences may be co-created events:

"A friend and I were travelling in the English countryside when we both noticed a strange object hovering above a field. From then on, I have come to take this phenomena seriously. I believe that what I saw was not the actual object, but a projection of my own mind trying to make sense of this quantum topological doorway into dimensions beyond our own. It's as if our dimension is but one among an infinite number of others."