Clouds of Bacteria in the Sky May Be Changing the Weather

Planet Earth is weird. Some of us might like to think of ourselves as separate from or somehow apart from the Earth, but the fact is we are the Earth. All living things are intertwined in the massive, complex chemical reaction that is planet Earth. Photosynthesis, respiration, decay - all of the various natural processes and reactions all stem from the fact that our home is one big ball of elements being pulled together by their own gravity. As our scientific instruments and techniques continue to improve, we’re beginning to discover that all things living and nonliving are much more interconnected than we think. 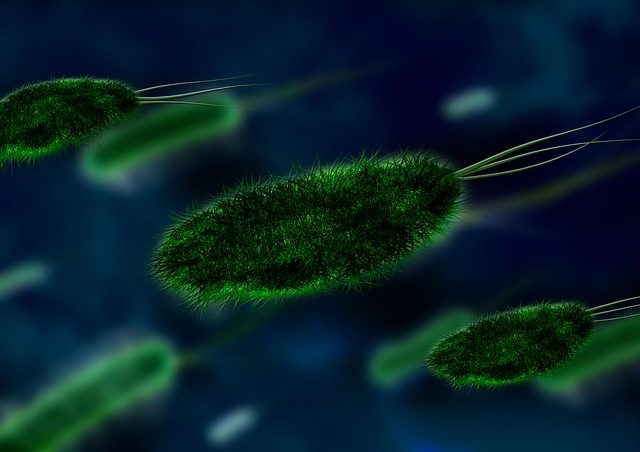 Case in point: a new paper published in the journal Current Opinion in Microbiology suggests that massive colonies of microorganisms floating high above us in the stratosphere might actually have a profound influence on the weather down here on the surface. Scientists have been uncovering evidence of this atmospheric bacteria for a few decades, but this study is the first to suggest that this ecosystem has an impact on weather.

The process, known as bioprecipitation, is fairly simple: ice crystals and droplets of water more condense more easily around the membranes of tiny microorganisms; thus, the more microorganisms in the sky, the more precipitation and cloud coverage there is. Understanding this process is difficult, as collecting specimens or even reaching this upper layer of the atmosphere is expensive and doing so without contaminating samples with terrestrial microbes is near-impossible.

Even more worrisome, this study suggests that this microbial layer of our atmosphere has the potential to spread diseases around the world - although some scientists think that claim might be far-fetched without more data to support it. Still, as the Earth’s climate continues to change in unexpected ways, understanding and identifying the role of these atmospheric bacteria becomes increasingly important.

This study adds to the growing body of research which suggests tiny microbes play much more important roles in nearly every biological or natural process than we realize. Human beings are basically all singing, all dancing colonies of microbes and our bacterial passengers have been found to exert a profound influence on all sorts of functions like metabolism, immune function, and even mental health. Might human beings merely be the giant exosuits of colonies of intelligent bacteria? It’s a neat thought.