Easter Island Heads May Have Been Markers for Drinking Water

Let’s say you’re living on a remote island in the Pacific Ocean with a population far larger than the supply of available fresh drinking water, which is limited to rainwater. Let’s say you and your fellow islanders have adapted to drinking brackish, slightly-salty water that occasionally springs from the ground, but those springs and reservoirs are difficult to find. When you do find them, wouldn’t it be a good idea to leave a marker so you can locate it again … a marker big enough to see from remote spots on your island? Believe it or not, that’s the new theory being proposed as to why the people of Rapa Nui (Easter Island) built their huge iconic Moai statues. Does it hold water?

"The porous volcanic soils quickly absorb rain, resulting in a lack of streams and rivers."

In a study published in Hydrogeology Journal and reported in Newsweek, Binghamton University (New York) Professor of Anthropology Carl Lipo explained the major problem prehistoric Easter islanders faced in trying to survive on Rapa Nui. With no rivers and just two small lakes located in extremely remote areas, one would expect that the first inhabitants would build cisterns or ponds to capture and retain rainwater. While a few small ones were found, they’re not sufficient to support the thousands of residents inhabiting the island at its peak. 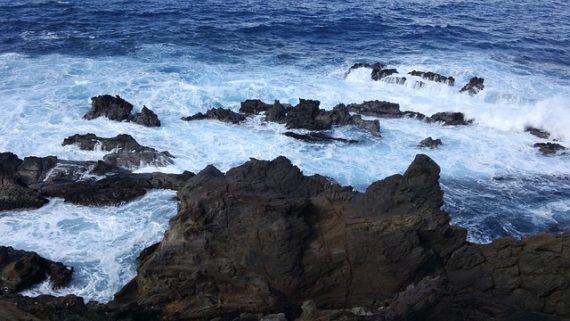 While they lacked fresh water, they had brackish water, and the explorers who eventually visited the island saw the residents drinking it without suffering any ill effects. What the islanders also had was a volcano sloped to run any kind of water downhill to the coastal areas. That’s where Lipo and his team found evidence of discharge points where brackish water would have been collected in reservoirs or trenches. That’s where they also found the statues.

“Knowing the details of the island’s hydrology and understanding that fresh water was a key ingredient in monument location now allows us to start generating hypotheses about the role that statues/monuments played in the community … This may well help unravel the secret to why this island boasts so many massive statues.” 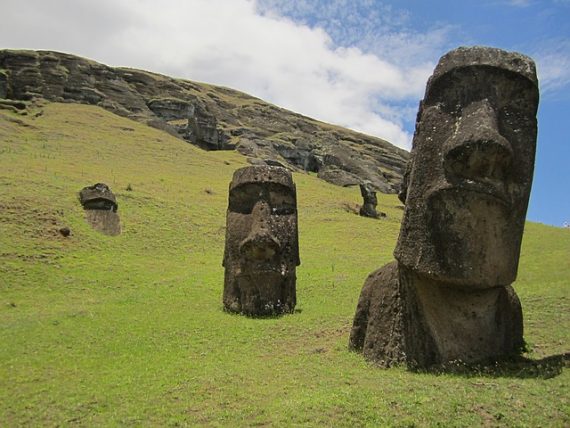 Lots of water holding points … lots of statues. While there is definitely a connection between them, the team isn’t sure if the statues were carved and hauled there as markers, offerings of thanks to some brackish water god or for some other reason. Whatever the case, the water points are symbols of how a large population not only survived but thrived for centuries, growing food and working together to quarry, carve, haul and position the enormous statues precisely at the sources of their success.

“What they did was an incredible feat—but one that has been misinterpreted by outsiders who make European assumptions about what the island ‘should look like.’”

European assumptions … will we ever escape them?

The Bloody Case of the Vampire of Sacramento