Fleet of UFOs Filmed Flying Over The Hague

What if UFOs are trying to be seen? What if they're desperate to be noticed? What if they're alien long-haul truckers stuck here with a broken mothership and the only barrier between them and the their space-homes and space-children is an inability to work a can of WD40? Maybe all they're after are some reading lessons. They're flying around up there, going "hey look, look at me! help!" and we're so thick-headed we shrug and say "I dunno bro, looks like a balloon." What other reason could there be for some of the stunts these guys pull?

Take the case of this video. It purports to show a group of small UFOs "escorting" a large UFO through the skies over the Hague. If you don't know, the Hague is the governmental seat of the Netherlands, one of the cities used for UN meetings, and home to the International Criminal Court and the International Court of Justice (among many other fancy and important institutes of geopolitics). Imagine being so desperate for attention that you and your friends drive to the International Court of Justice—which sounds like an allegory for committing war crimes but, I assure you, it's just a cheap joke.

If this footage is real then they clearly want our attention, but that's a dubious claim at best. It's a stronger case than some UFO videos (like when it's obviously window glare or the videographer clearly hasn't accepted that drones exist), but that's not saying much.

The video shows a group of seemingly black objects flying at matched speed and in what looks like a sort of formation. One of the objects stands out as much larger than the rest, and does appear escorted by the smaller ones. Appeared is the operative word here. Perspective is a heck of a thing, and what we're likely seeing is an object that's closer to the camera than the others. 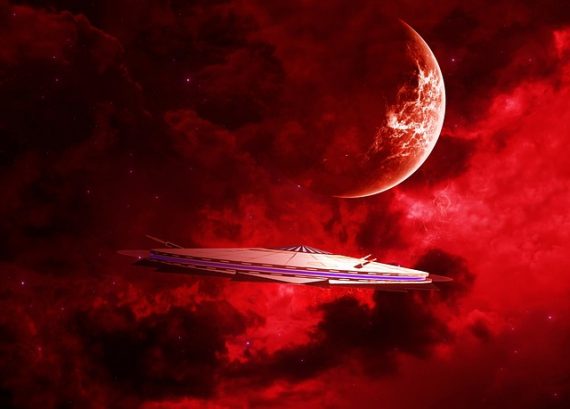 One person in the comments section suggested that it was a group of bats. Bats are normally known for twitchy aerial acrobatics, but some bats can soar. The Hague does have a thriving population of bats, as does the rest of the Netherlands. But whatever the video shows soar smooth, stable and effortless at a high altitude. They don't really look like bats. Why not birds? The shapes are very dark and the larger one does seem more like a singular shape than it does a bird with wings and a tail but, once again, perspective is a heck of a thing.

This might be falling into that same old thick-headed trap, justifying the alien field trip to the International Court of Justice. After all, it is an unusual looking group of flying objects and, without the credentials or evidence to really make a judgement call here, it could be named a group of unidentified flying objects. It's a safe bet that the unidentified part would be solved by better video quality.The next time aliens leave a crop circle for us it'll probably be lined with HD cameras and zoom lenses.

The Mysterious Lost City of the Kalahari