Home of Famous Witch from Salem Witch Trials For Sale

What do real estate agents believe is the most important thing to consider when looking to buy or sell a witch's house?

“Location” is second, followed by price and historical significance, so a house in Peabody, Massachusetts, belonging to a man found guilty at the infamous Salem witch trials should sell pretty quickly at $600,000 or best offer – especially since it’s one of the oldest homes in the U.S., and was the residence of John Proctor, the most famous of the falsely accused witches. How many baths? Let’s find out.

If you want to find out about John Proctor, who was hanged, his pregnant wife who was also found guilty but not executed after giving birth, and the rest of the persecuted Proctor family, a good place to start is by catching a performance of Arthur Miller’s “The Crucible” (or seeing one of the movies based on it) which is a partly fictionalized account of the tragic story. Proctor lived in the house up until his execution with at least some of the 14 children he had with his first two wives. So, it should have plenty of bathrooms, right? 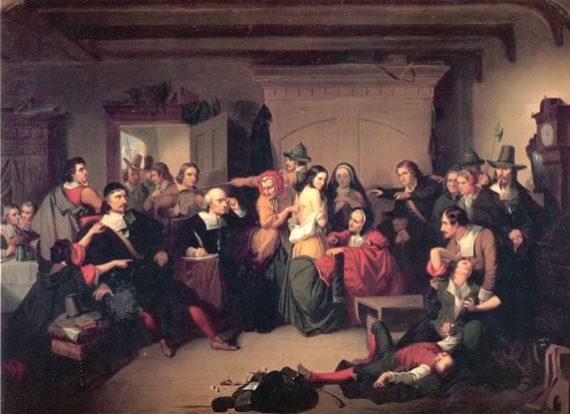 According to the real estate listing (with photos), the 3910-square-foot, three-story, First Period (built between 1626 and 1725) colonial-style (duh) Proctor Hone was built in 1638 (when Peabody was part of Salem) and has six bedrooms, two baths, a two-car garage, a patio and a built-in pool. Located on the banks of what is now called Proctor Brook, it has obviously been updated and remodeled since the Proctors lived there – what family accused of witchcraft wants a witch-testing pool in their backyard?

The Salem News reports that the Proctor Home has changed hands numerous times and is now owned by the estate of Marion Raponi, who passed away on Oct. 8 at the age of 90. While the real estate agent wants to sell it to anyone offering the highest price, some locals would prefer that the Peabody Historical Society take ownership and keep it as a tourist attraction. Despite the pool, Vincent Raponi, the late husband of Marion, made considerable other improvements to the home that preserved its historical significance, including walls that open to reveal parts of the original structure of the home, and wallpaper and beams that date back to the original structure.

"We are right now exploring the possibility of purchasing the Proctor House. What we are working on are a number of joint projects with other groups that may help with the cost. We would love to get the house because it was a big part of the Salem Witch Trials. The problem is taking on that kind of funding. We're working with multiple groups to chip in and offer part ownership."

Dick St. Pierre, the president of the historical society, is hoping to get the local government to kick in some funds (good luck with that). Would a ghost help? 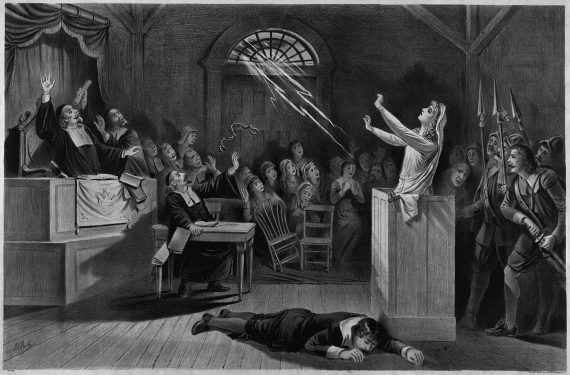 Unfortunately, The Proctor Home doesn’t appear on any of the Salem ghost tours. It’s best connection to a spirit is the ghost of Giles Corey, a farmer who was executed for witchcraft before Proctor and whose ghost was allegedly seen by Proctor’s maid, Mary Warren, who suffered from “fits” and was one of Proctor’s accusers before being accused herself. The ghost of Giles Corey is said to appear in the cemetery where he’s buried before disasters – he allegedly appeared the night before the Great Salem Fire of 1914.

The lack of ghosts could be because John Proctor may not have actually owned the property – some say he only leased it and at one point used it for a tavern. Whatever the case, it looks like a nice place despite being connected to such a sordid piece of American history.