On the late afternoon of October 4, I drove from my Arlington, Texas home to nearby Bedford, to see good mate Lyle Blackburn give a new lecture at the local library. The title of the lecture: Hunting Monsters: On the Trail of Famous Cryptids. Lyle is the author of a number of excellent books, including Lizard Man, The Beast of Boggy Creek and Beyond Boggy Creek. Around 100 people turned up for a great presentation that lasted for approximately two hours and with time left for questions. Rather than focus on just one strange creature, Lyle - who also fronts the band Ghoultown - treated the audience to his personal research into a wealth of strange creatures, including Bigfoot, the aforementioned Lizard Man, the Chupacabra, and the Dogman.

As Lyle told the audience, it was when he was a kid that he got interested in the world of monsters. It was specifically the 1972 movie, The Legend of Boggy Creek - a low budget, but highly atmospheric saga of a Bigfoot roaming around Fouke, Arkansas - that caught Lyle's attention and prompted him to seek out the truth for himself. I didn't see the movie myself until I was well into my teens, but I can easily see how it would have had a deep impact on a young kid. Lyle made it clear to the audience that there are no experts in the field of Cryptozoology, primarily because we don't have proof of the strange things that are said to lurk in  the woods, forests, mountains and lakes of our world. So far, we are collectors of data. Indeed, Lyle specifically referred to Cryptozoology as a "pseudo science," which is correct. Certainly, for the most part, Cryptozoology is not seen as a recognized science. Of course, should Lyle solve the riddle of Bigfoot (as one example) then that will likely change things very quickly! 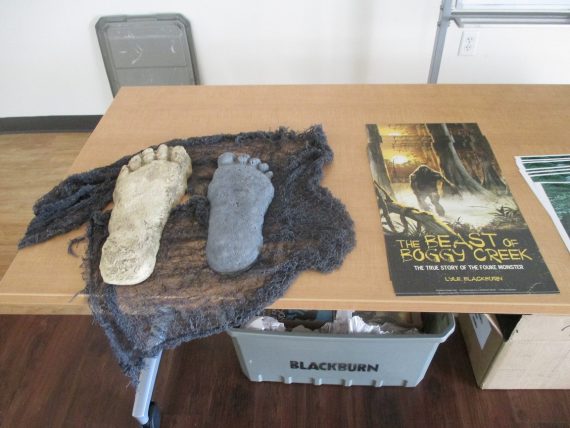 Lyle spent time addressing the nature of Bigfoot. Is it an unknown ape? Maybe not. Lyle spoke of hunters who had a Bigfoot in their sights, but who held back from shooting the creatures for one, specific reason: they weren't entirely sure that what they were seeing were animals. Maybe they were something else: perhaps even a relic, human species. On the matter of why we don't have a corpse of a Bigfoot, Lyle suggested that their numbers may be very low at the best of times, something which might account for their elusiveness. He also made the good point that we rarely see dead bears in the woods. The reason? Nature has a way of taking care of things. Other animals will soon devour the remains of something dead in their midst. And that might very well apply to a deceased Bigfoot too.

Lyle then moved onto the Yeti. I found it very interesting that when Lyle asked the audience how many of them thought the man-beast of the Himalayas had white hair (or fur), quite a few raised their hands. As Lyle accurately noted, this is actually due to the influence of Hollywood and blockbuster movies - and nothing else. The Yeti is, in fact, described as being brown or black in color. I thought this angle - of Hollywood influencing views, assumptions and memories on Cryptids - was particularly intriguing. After a brief section on Nessie, Lyle tackled the matter of the Chupacabra. He gave an excellent overview on how the saga of the Chupacabra has become hugely complicated. As Lyle correctly noted, what passes for the Chupacabra in the United States today - a hairless coyote with a few very strange mutations and physical oddities - has zero to do with the original Chupacabra that surfaced in Puerto Rico in the mid-1990s. 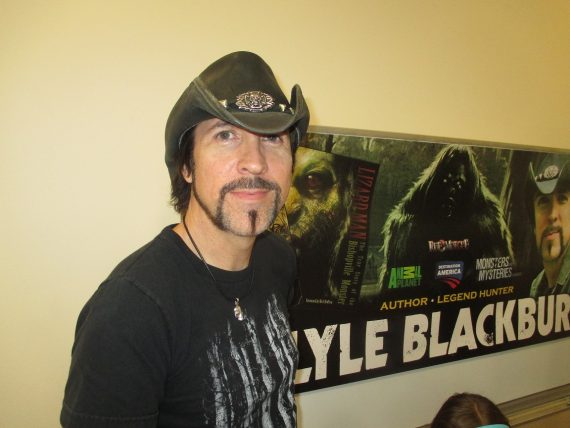 Moving onto the weirder side of Cryptozoology, Lyle took on the Lizard Man - a strange, Creature of the Black Lagoon-type beast that surfaced in Bishopville, South Carolina in 1988. Lyle gave a great rundown of the Lizard Man saga, and how his personal investigation of the affair led to the surfacing of a wealth of fascinating material. A word to armchair-based skeptics: if you want to find the answers to the likes of Bigfoot, lake-monsters, etc., you really need to do what Lyle does. Namely, he goes out looking for them. Also on the matter of the stranger side of Cryptozoology, Lyle turned his attentions to the Dogman, a werewolf-like beast that has been the subject of a number of books by Linda Godfrey. While Lyle doesn't go with the supernatural angle of the Dogman issue, he did speculate that at least some cases might be mistaken identity - of Bigfoot. In other words, one monster being wrongly interpreted as another.

As the lecture came to its end, Lyle demonstrated how Cryptozoology - which began strictly as the study of unknown animals - has changed over the years and decades. A perfect example is that of the Thylacine. As Lyle told the audience, there's actually nothing mysterious or unknown about the strange-looking marsupial, which is believed to have become extinct back in the 1930s. What makes the story of the Thylacine so intriguing, said Lyle, is the fact that people claim to have seen such animals in modern times, and particularly so in Tasmania. It may still be around, although largely in stealth. Forty or fifty years ago, Cryptozoologists might not have looked at the matter of the Thylacine, but today things very different. Times - and Cryptozoology - have definitely changed. Extinct animals are now a part of Cryptozoology. Or, rather, ones that are supposed to be extinct!

In closing, I'll say that Lyle gave an excellent overview of Cryptozoology that was perfect for both long-term monster-hunters and for those new to the field and who may be wondering what it's all about.

The Haunted Old Tunnels of Sacramento