You expect some UFO witnesses, especially those who also encounter extraterrestrials, to be somewhat eccentric. You don’t expect them to be terrorists. Yet that’s what an investigative team in Brazil found out recently while researching 50-year-old unpublished documents concerning terrorist acts discovered they were committed by a group under the direction of a UFO cult leader and used to justify repression by a military dictatorship.

“He was seen as a crazy guy, but he had a relationship with the authorities.” 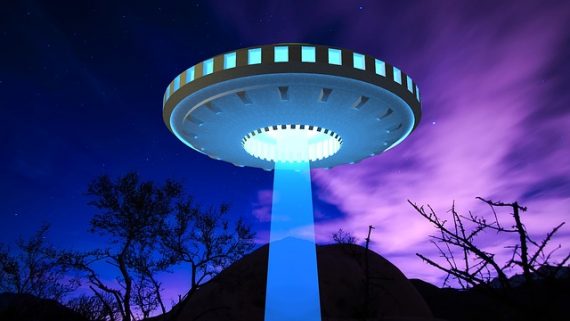 Vasconcelo Quadros, the investigative journalist who broke the story this week in Publica, released the documents just days before a highly controversial presidential election expected to be won by Jair Bolsonaro, the controversial far-right presidential candidate referred to by many as Brazil’s Donald Trump. Bolsonaro has often praised the time of the dictatorship as being a good thing for Brazil. Well, it wasn’t so good for the victims of the terrorist attacks of Aladino Felix, the paramilitary group leader who claimed to have been contacted by aliens.

“In November 1952 I was touring with a friend in the State of Sao Paulo. On reaching the top of the Angatuba range coming up from Parana, we were confronted by five Flying Saucers hovering in the air. It was a rainy day and visibility was bad. I went back to the same spot later and spent three days and nights there in the hope of seeing a Flying Saucer again. On the last night, after a series of episodes which we will not go into here for fear of digression, a Flying Saucer landed and we were given the chance of going inside it and meeting its crew. We stayed on board for about an hour looking at the various pieces of equipment in the machine. The Captain was kind enough to explain how they all worked. At the end of our visit, this fascinating individual promised to come and see us as soon as he was able. And now, four or five months later, he had come as promised.”

Aladino Félix was the author of the book My Contact with Flying Saucers under the name Dino Kraspedon. Published in Brazil in 1957 and in the US and UK in 1959, it describes his various contacts with the Captain and other aliens who he claimed were from a satellite of Jupiter. In the book, Felix presents detailed drawings and descriptions of the flying saucers, including how they defeat gravity and navigate among the planets. He also relays warnings from the Captain about atomic energy and a second sun entering the solar system. 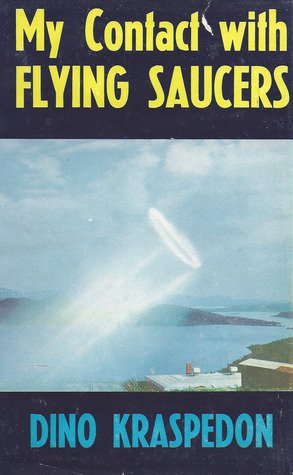 The Captain talks quite a bit about God, which may have itself been a warning about Felix’s other interests. He declared himself to be the messiah of the Jewish people and founded a UFO cult based on that belief. However, the current investigation found this was or became a front for a right-wing paramilitary organization of police officers which carried out a series of terrorist attacks – bombings, bank robberies, and more – that egged on left-wing groups to do the same, allowing the government to use it as a way to justify repression by force in an era that became known as the Anos de Chumbo, or Years of Lead.

“The Earth is not the center of the planetary system, as was previously believed, but the center of evil. If man were to reform himself, it is possible that the Creator would have compassion on him. Avoid war, because man can thereby destroy his planet with his own hands without the intervention of the forces of Nature. It is not difficult to be good; it is sufficient to do no evil. God will do the rest.”

Despite that advice from The Captain in My Contact with Flying Saucers, Aladino Félix seemed to have chosen the opposite path. Perhaps that’s why he wrote the book under another name. He was arrested in 1968, spent three years in prison and died in 1985.

UFOs: A 30th “Anniversary” Is Almost Upon Us