Large Hadron Collider Could Cause Earth to Suffer Severe Shrinkage

It’s been almost 25 years since the Seinfeld episode “The Hamptons" where we learned about character George Costanza’s terrifying (at least to men) definition of “shrinkage.” Now there’s a shrinkage women can be afraid of too. A leading cosmolologst (no, not an expert in Cosmo Kramer) has written a new book describing one of the risks associated with the Large Hadron Collider and it has to do with shrinkage of a massive kind … the planet Earth shrinking to the size of a football field! Should we start dieting or will this phenomenon shrink humans too?

“However under some hypotheses a strangelet could, by contagion, convert anything else it encounters into a new form of matter, transforming the entire earth in a hyperdense sphere about one hundred metres across."

Cosmologist, astrophysicist and Royal Astronomer Martin Rees brings us that scary scenario in his new book, “On The Future: Prospects for Humanity.” To continue the Seinfeld comparison and simply the definition, the “strangelets” Sir Rees refers to are the cold water that would cause the Earth, if it could speak, to scream to Venus, “I was in the pool! I WAS IN THE POOL!” These are hypothetical (don’t breathe a sigh of relief just yet) particles made of strange quarks, which are elementary particle found in subatomic composite particles called (here it comes) hadrons. 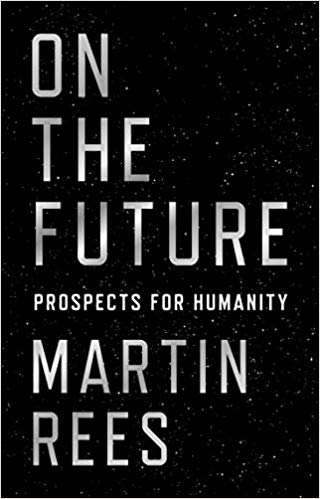 While it’s long been speculated that the Large Hadron Collider could create a black hole that sucks in everything around it, ScienceAlert reports that Sir Rees thinks this scenario is worse … there’s a possibility we could survive the black hole inhalation but there’s no way we humans (yes, the strangelets will affect us too) can survive this type of shrinkage.

Always the cosmic pessimist, Rees gives another scenario where the LHC would rip a hole in space and destroy everything, not just Earth. Fortunately, CERN says in its fine print that “Whatever the LHC will do, nature has already done many times over during the lifetime of the Earth and other astronomical bodies.” In other words, all of that horrible stuff has happened before … just not here.

Or maybe it has. In 2002, researchers at Southern Methodist University reported the possibility that strangelets may have caused two seismic events in 1993. They later retracted the claim and blamed the wrong diagnosis on a clocking error. However, that doesn’t explain why there’s an instrument on the International Space Station (the Alpha Magnetic Spectrometer) which can be used to detect strangelets ... just in case.

Strange? Let’s hope Sir Reese is wrong, CERN Is right, there’s a simple explanation and none of us ever suffers shrinkage of the quark kind.

When the Supernatural Feeds on Us