When searching for lost keys or remote controls, do you look where you last remember holding them or do you hunt where the lighting is best? A man in New Mexico seems to have taken the wrong fork on that decision-making path and is now in jail for breaking into the house of a man who famously claims to have buried a treasure somewhere else. Is this what happens when we give up maps for GPS?

“I’ve said 100 times that the treasure is not on my property. It’s north of Santa Fe.”

In 2010, 81-year old Santa Fe resident, former US Air Force pilot and millionaire art gallery dealer Forrest Fenn announced he had buried a treasure trove of cash, gold, artifacts, gems and jewels somewhere north of Santa Fe at an elevation over 5,000 feet in the Rocky Mountains. He later revealed clues to finding the treasure in a poem published in The Thrill of the Chase and Too Far to Walk, saying that “The treasure is not easy to find, but it certainly isn’t impossible.” So far, the opposite is true, as the loot is still hidden and at least four people have died trying to locate it. 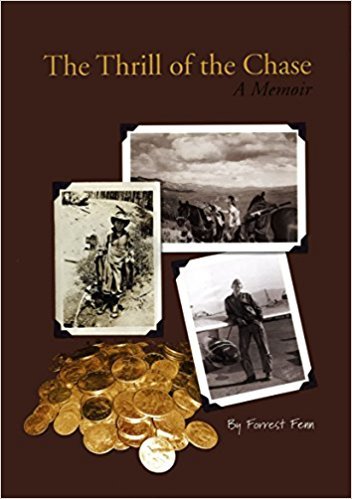 Treasure hunter Robert Miller is still alive and cooling his heels in the Santa Fe jail after Robert Fenn caught him on October 12th leaving his house with a chest and held him at bay with a pistol loaded with buckshot until the police arrived. Miller, a 41-year-old who weighs about 370 pounds, was taking the Spanish-style chest because he believed Fenn was lying and the poem actually pointed to the treasure being on his own property. Specifically, the Pennsylvania resident told police that he interpreted a reference in the poem – “the hole of brown” – to mean the small wooden gate next to Fenn’s driveway; the “Sog” ax to be the one he found in a tree stump next to Fenn’s guest house (an ax he used to break down the door); and the “treasure box” to be the chest he discovered inside the guest house.

It all added up … until the police opened the unlocked chest and showed Miller its contents – linens and towels. Miller was arrested on suspicion of burglary, breaking and entering, and criminal damage to property. The Santa Fe New Mexican reports that he was apparently released from jail a few days later and is awaiting a court date. 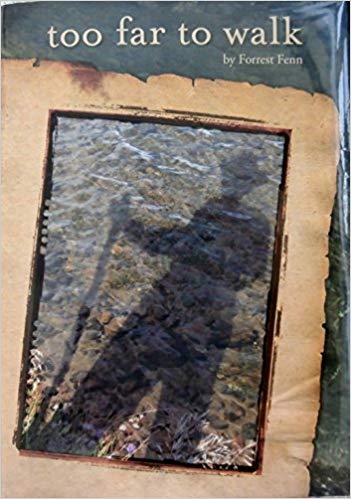 Meanwhile, Fenn reiterated that the treasure, now estimated to be worth $2 million, is nowhere near his house and points out that, while he’s no longer in shape to return to the spot where it’s hidden, just about anyone else should be able to find it by reading the poem and looking above 5,000 feet somewhere in the mountains of New Mexico, Colorado, Wyoming, or Montana. And, despite the burglar and trespassers – he’s had a few – and the deaths, he won’t be revealing the location and ending the deadly hunts.

Just remember this when you’re on your own search for the treasure … once in a while, look up from your GPS to watch for cliffs.

And if you find a remote, it’s mine.

60% of Americans Have Seen a Ghost, According to Survey