The coastline of the Carolinas has become a hotspot for mysteries lately. Just this week, a large unidentified object washed ashore not far from Charleston, South Carolina before being quickly whisked away by unnamed officials. A few months ago, a similarly large and unknown object was discovered a few hours to the north in North Carolina’s Outer Banks and has likewise yet to be identified. 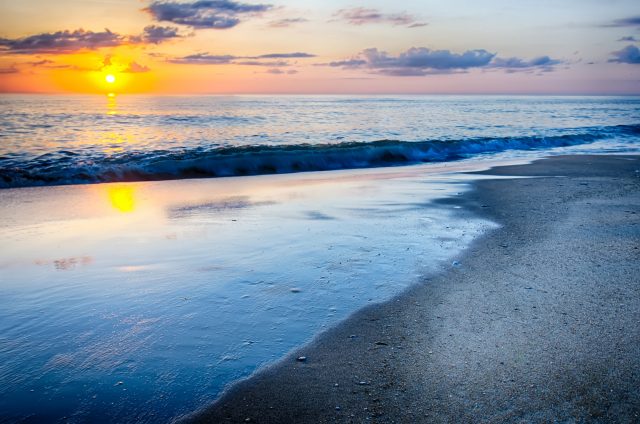 To add to these maritime mysteries, a curious video filmed in South Carolina’s popular tourist haven of Myrtle Beach has Carolinians wondering what exactly is going on in the skies over the coastline. MUFON and UFO Stalker both posted the video which seems to depict either a formation of small lights or one massive object flanked with multiple lights, somewhat similar to the Phoenix Lights. The video was reportedly filmed on August 5th but was reported to MUFON on October 4th.

The unnamed individual who filmed the time lapse video was photographing a lightning storm over the Myrtle Beach oceanfront strip of hotels and resorts and reportedly didn’t notice the lights until processing the video later. “I was taking the pictures off the edge of a long pier after dark, so there were no reflective surfaces around,” the videographer told MUFON. “I did not notice the objects until i returned home and checked the photograph and video.”

Like most photographic or videographic evidence, it’s difficult to tell exactly what we’re seeing and reflections or other artifacts certainly are plausible and probable explanations - especially given the amount of bright lights along this stretch of the Myrtle Beach strip. Of course, the comments sections on both Myrtle Beach local news sites and UFO Stalker are full of skeptics and believers alike. On MyrtleBeachOnline.com, the prevailing consensus seems to be that the lights are merely reflections or lens flares. Some commenters have pointed out that the formation of lights is somewhat similar to the arrangement of buildings below.

Then again, with so many strange things washing ashore along the Carolinas’ coastlines, who knows what the video might depict? Reflections, a military drill, or something stranger?

The Legend of Nes Cemetery