Men Paint Their Nails to Avoid Being Killed by a Ghost 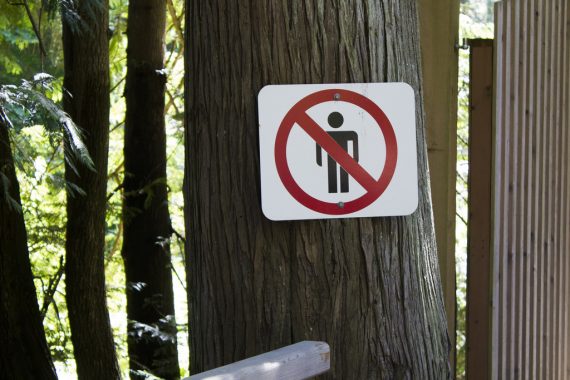 That sign, which doesn’t seem to help, hangs in various locations in the village of Pu Hong in the Kalasin province of northeast Thailand where residents are blaming five recent mysterious deaths on ghosts. Two of the deaths were men in the same family who reportedly just keeled over for no apparent reason. When there’s no apparent reason for deaths in Thailand, people want to put “ghosts” on the death certificate, especially since there’s such a wide variety of them to choose from. According to the report in Coconuts Bangkok (despite the name, it’s a legitimate media company), that means deputy mayor Pongpipat Pukrongtoong was called to get involved.

“We're from the government and we're here to help.”

As in other countries, few trust the government in Thailand so they also contacted local psychic Bussadee Malasee, who blamed the deaths on not one but two deadly ghosts – a widow spirit and a “pop.” The murderous widow ghost is a popular tale where the spirit of an elderly widow haunts her old village for young men to become her husband or boyfriend in the afterlife. Last year, men in the Na Cheuak Yai village, also in northeastern Thailand, were mysteriously dying so their wives convinced them to wear female clothing to “trick” the ghosts. This sounds like it would work about as well as the “No men live here” signs, but what else can a terrified spouse – not to mention her equally terrified and possibly embarrassed husband – do? Is nail polish a better ghost repellent?

While the widow ghost is murderous, it’s not as scary as the “pop” or Phi pop. These spirits are not necessarily female and are not gender-specific in their hauntings. However, beware if you attempt to practice magic or kill a large animal – the pop can slowly eat a possessed person from the inside out or, if it’s in a hurry, possess an animal to tear them apart from the outside. The report doesn’t say why two of the other villager died, so this could be who they suspect in those cases. The fifth death was due to a motorcycle accident, but the victim could have been distracted by a pain from a pop indulging in intestines, right?

“The investigators investigated the cause of death of the five Phu Hang villagers and led the medical unit to check health. It is found that the unusual is not common. Caused by NCDs or non-communicable diseases is stroke, cardiovascular disease, diabetes, hypertension. And road accidents.”

Another local media source reports that Dr. Pornpat Phunwong, Director of Nongkwang Hospital, and a field epidemiologist Nurse Specialist visited the village, studied the cases and explained to the red-nailed men that what they really need to fear is bad diets and heavy traffic. The non-ghostly deaths were caused by diabetes, a stroke, arterial disease and a motorbike accident. Dr. Pornpat Phunwong told the men to stop listening to the ghost stories and start exercising, quit smoking, cut back on their drinking and drive safely.

As guys around the world probably agree, fingernail painting seems so much easier.