Your latest Mysterious Universe entertainment news round-up, covering the most recent developments in the worlds of sci-fi, fantasy and horror…

John Krasinski is officially writing the sequel to his acclaimed alien invasion movie, A Quiet Place. Krasinski co-wrote and directed the first film, released earlier this year, about humans surviving in a post-apocalyptic world where aliens that hunt via sound are picking-off the population.

Krasinski told the audience at a Q&A on Wednesday attended by The Hollywood Reporter: “I had this small idea for a sequel, but I didn't think it would go anywhere. So, I said to the studio, “Just go do the movie with somebody else.” But Krasinski couldn’t let go of his idea and decided to take it to producer Drew Form. “He told me to think about it a little longer,” said Krasinski, “And then I thought, ‘This might really work.’ So, I'm currently writing the sequel.”

British horror maestro Neil Marshall (Dog Soldiers, The Descent) has just signed on to direct another movie in the genre that made his name. The Reckoning, has been written by Marshall alongside Edward Evers-Swindell and Charlotte Kirk, and the latter of the three will star in the movie. She’ll play a young widow haunted by the recent suicide of her husband, who is falsely accused of being a witch by her jealous Landlord after she rejects his unwanted advances.

Set in England in 1665 against the backdrop of witch hunts and the rise of the great plague, The Reckoning will go into production in Wales in January 2019. 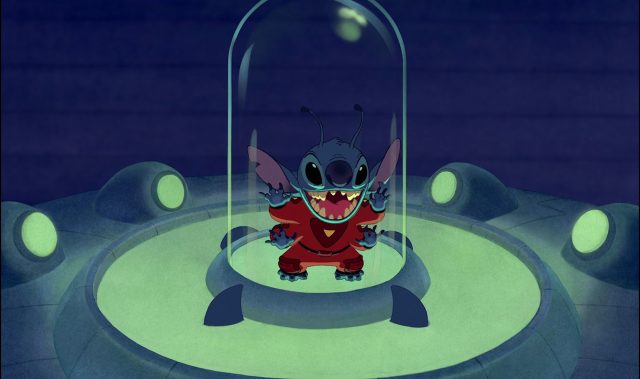 Disney is in the process of adapting many of its animated classics into live action movies (Aladdin, The Lion King, Mulan, among others). Surprisingly, Lilo and Stitch has also now been added to the list.

The movie was originally released by Disney in 2002 as a moderately successful animation in which Lilo, a lonely Hawaiian girl, forms a bond with a doglike extraterrestrial entity, whom she calls Stitch. The problem is, Stitch has been genetically engineered to cause chaos—and that’s inevitably what ensues as Lilo attempts to teach her alien friend the importance of “Ohana,” the Hawaiian concept of family.

Empire Online considers Lilo and Stitch an unlikely candidate for live-action conversion, “mostly because the animated nature of [the original] allowed for a lot of wacky action that would surely be more expensive to pull off with real people and a CG critter.”

But this isn’t stopping producers Dan Lin and Jonathan Eirich (who are working on the new version of Aladdin) from pushing forward with the project. There’s no news yet on a release date for the live-action Lilo and Stitch, or whether it will be a cinema release or straight-to-DVD.

The CBS revival of classic TV series The Twilight Zone is due to arrive in 2019 with Jordan Peele, producing, hosting and narrating the show. The original Twilight Zone, created and narrated by Rod Serling and cherished among science fiction fans, ran from 1959 to 1964 and pushed the creative boundaries of televised sci-fi.

Peele, a long-time fan of the original Zone, initially felt daunted at the prospect of following in Serling’s footsteps. “I was terrified,” Peele told Variety. “Why would I ever jump into the most established, pristine shoes in all of the genre? I could rip Twilight Zone off and call it something different and not be compared to Rod Serling. So I stepped away from it.”

Eventually, though, Peele reconsidered, deciding that “it was an opportunity to attempt to continue with Serling’s mission.” Peele told Variety: “If we approach it without ego and sort of bow to Serling, that will hopefully suffice for our fellow Twilight Zone fans but also bring back a show that I think is needed right now. Because it’s a show that has always helped us look at ourselves, hold a mirror up to society.”

The rebooted Twilight Zone will be available on CBS All Access, the network’s on-demand streaming platform. A premiere date has yet to be announced.

The hotly anticipated Chilling Adventures of Sabrina will creep onto Netflix on October 26 this year. Based on the Archie Horror comic, the darkly fantastical show stars Mad Men’s Kiernan Shipka in the title role and revolves around the origins of the eponymous teenage witch. In the comics, Sabrina was born to a warlock father and a mortal mother before being promised to Satan as an infant and was set to be placed in a coven to grow up with a group of other witches. However, her mother had a different life in mind for Sabrina and attempted to run away with her. When the escape plan failed, Sabrina was sent to the town of Greendale to live with her aunts, Hilda and Zelda.

According to Deadline, the new show will be tonally reminiscent of Rosemary’s Baby and The Exorcist, and will see Sabrina “wrestling to reconcile her dual nature—half-witch, half-mortal—while standing against the evil forces that threaten her, her family and the daylight world humans inhabit.”