NASA To Begin Looking for More ‘Technosignatures’ of Alien Civilizations

Despite all warnings that it's probably a horrifically bad idea, NASA seems to be pushing full steam ahead on the search for alien civilizations. At a workshop in Houston, Texas, this week,  NASA explored developments and possible investment in the search for "technosignatures" of alien life. Technosignatures refer to to any bi-product of civilization that we may be able to detect, such as radio waves like the unexplained  fast burst emissions detected coming from deep space. Other technosignatures could include polluted atmospheres, laser emissions, and artificial structures.

The NASA Technosignatures Workshop looks like it was the real deal. It ran from September 26 through September 28 at the Lunar and Planetary Institute in Houston. In person attendance was invitation only and limited to 50 people. The three days consisted of almost 9 hours of back to back talks exploring the current state of the search for alien life and the prospects and predictions moving forward. Organized by NASA scientists in collaboration with scientists from a variety of American universities, it shows that, at the very least, these 50 people are taking the search for not just alien life, but advanced alien civilizations seriously. Here are the four goals of the workshop, according to the website:

2. Understand the advances coming near-term in the technosignature field. What assets are in place that can be applied to the search for technosignatures? What planned and funded projects will advance the state-of-the-art in future years, and what is the nature of that advancement?

3. Understand the future potential of the technosignature field. What new surveys, new instruments, technology development, new data-mining algorithms, new theory and modeling, etc., would be important for future advances in the field?

4. What role can NASA partnerships with the private sector and philanthropic organizations play in advancing our understanding of the technosignatures field?

Throughout the three days, presentations addressed topics like "Technosignatures in the context of planetary evolution," "Future prospects and data mining for structures in transit", and "Future Projects." Also listed in the schedule was the ominous sounding daily "Feedback From HQ."  Then again, these scientists wouldn't have gotten into this field if they didn't harbor a secret desire to play secret agent.

The workshop ended on Friday with  attendees broken up into groups to discuss and compile responses on three subjects: existing upper limits of our ability to detect alien technosignatures, new initiatives and partnerships, and emerging and future opportunities.

The mentions of private investment and partnering with philanthropic groups are interesting, and while alien research isn't known as the most lucrative field, it makes sense. What better legacy for a billionaire to buy than first contact with an alien species? If it takes the vanity of a few super wealthy people to expand our understanding of the stars, so be it. 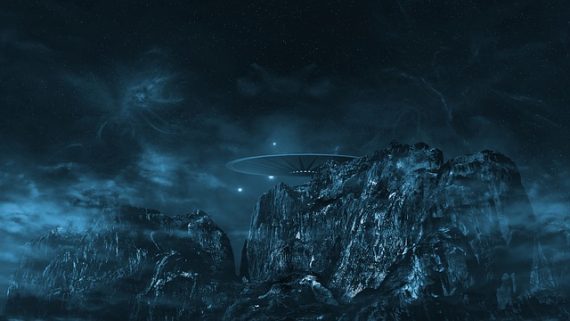 It always comes as a surprise to learn that there are subsets within the scientific communities actually taking the search for alien life seriously. The fact that there was a three day invitation only workshop on the subject shows that top scientists do believe in the possibility of advanced alien civilizations. Although, there still seems to be an assumption that alien civilizations would resemble ours. Just because we love polluting or atmosphere doesn't necessarily mean aliens would. We really don't have a frame of reference on what an alien intelligence might look like. Maybe there's only one alien and it's a floating ball of hyper-intelligent ooze, we just don't know.

This is really just the beginning of our exploration into the unknown of space though, and however wise it is to go looking for a species that very well may want to eat us, we seem to be ramping up the search. Only time will tell what we'll find.