Rogue Planet May Have Saved Earth From Early Destruction

A couple of common aspects in discussions about a Planet X or Planet Nine or Nibiru are that it’s a danger to Earth and it’s coming back. A new study suggests that while a giant ninth planet may have once existed in the solar system, it’s not coming back and it may actually have been good to Earth. Why? Because it saved our planet from Jupiter’s gravitational power by making that giant planet use it instead to fling this Planet X out of the solar system and turn it into a rogue wandering the galaxy aimlessly. Is it true? Should we feel guilty?

“We shouldn’t fall into the trap of looking at the outer solar system and thinking it was always like that.” 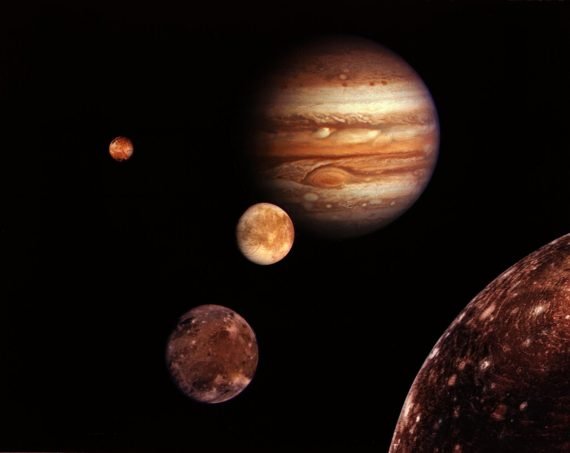 In Dynamical Evolution of the Early Solar System, a study published in the Annual Review of Astronomy and Astrophysics and reviewed recently by Knowable Magazine, David Nesvorný of the Department of Space Studies at Southwest Research Institute in Colorado describes how computer simulations of how the solar system was formed seem to always end up with Uranus or Neptune getting flung out of the array by Jupiter’s massive gravitational force. There’s a pretty big hole – two of them, actually – in those simulations. Some astronomers added a planet that disappeared 4 billion years ago to the simulations – a change that led them to create our current solar system but pointed to no evidence left behind of the one-time existence of such a planet.

Except for the orbit of Jupiter. The simulations indicate that at one time Jupiter was farther away from the sun and closer to Saturn. The combined gravitational pulls of the two ice giants could have been a threat to the inner planets, including Earth. However, during a million-year dynamical instability in the early life of the solar system, something happened to move Jupiter away from Saturn, reducing the danger to the inner planets … something that looked like it was caused by the blowback from Jupiter flinging a huge planet out of the system. That fixes the simulations, except for the fact that an exiting giant would have had some visible effect on the Kuiper belt of space rocks outside of Neptune.

Nesvorný thinks he found the hole in the Kuiper belt. The belt is generally in sync with Neptune’s orbit … except for an area called the ‘kernel’ which has a different orbit and may even have a different composition of space rocks. The simulations show that as Neptune moved into its final orbit, it suffered a bump that could have created a gravitational push that created the kernel. And – you guessed it – that bump could have been caused by the force of the gravitational effort needed by Jupiter to knock out Planet X.

“You end up with something like the kernel. It’s circumstantial evidence … but it’s not conclusive.”

Nesvorný admits that while this addition of an exiting Planet X makes the simulations work, he needs more proof. One piece of evidence he proposes is the fact that astronomers are constantly finding Jupiter-sized rogue planets floating between the stars and most were likely deported by similar cataclysmic events in their own solar systems. And it’s not just a few … some estimates put the number in the billions. That means that while we may never again see the Planet X that saved us from Jupiter, there’s a good chance we’ll be visited by a different rogue. Nesvorný has this warning that it may only be a matter of time:

“I bet there will be many. It’s surprising how organized the solar system has remained.”

Which planet will save Earth and the inner planets the next time … or is it our turn?

Strange Creatures on the Railroads