Scottish Police Baffled by Yet Another Unidentified Large Black Cat

Over the last year, sightings of anomalous large cats have proliferated around the world. From the U.S. to the United Kingdom and even down under, these sightings have wildlife experts baffled and some farmers fearing for their flocks. In Scotland, conservationists captured footage earlier this year of what appeared to be the legendary Clashindarroch Beast, a big cat long rumored to inhabit the Clashindarroch Forest and immortalized in local folklore. The creature itself hasn’t yet been spotted, leaving its true identity a mystery. To add to that mystery, another anomalous big cat was spotted in Scotland just this week, sparking fears of a panther on the loose.

Several residents of Ayrshire county in southwest Scotland reported seeing an abnormally large black cat prowling around, prompting the police to send their helicopter searching for it. No cat was found, but police are taking the sightings serious enough to issue the following statement:

Officers who have been investigating a number of reports of a large black cat in fields near to the B730 have been liaising with a big cat expert who does not believe that it is a black panther, however cannot yet confirm what type of animal it is. Inquiries are still ongoing to establish more information and members of the public are still asked to take care and not approach it if seen.

The Scottish SPCA, meanwhile, isn’t too worried, believing that the animal is likely merely a large black domestic cat - just in time for Halloween, too. Is this merely someone’s overfed house cat looking for a few more mice to fatten itself up before winter, or might there be something to the legends of large cats roaming the Scottish Highlands? 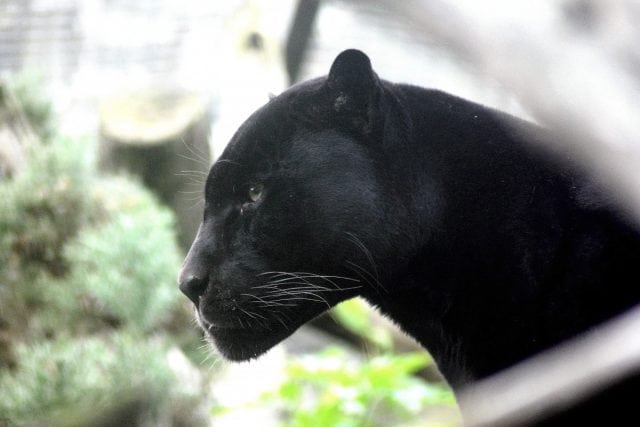 On one hand, it could be that changing climates are forcing formerly unseen predators into contact with human-infested areas in their search for food. On the other, legends and folktales about so-called “alien” big cats have been around for centuries. Maybe the two aren’t mutually exclusive, though. The human population has been growing for some time, after all. Whatever the case is, these sightings prove that there’s still much to the natural world that we haven’t yet discovered.