Strange Creatures on the Railroads

A strange connection between equally strange creatures and railroads? It's an odd fact that when we go looking, we find evidence of far more than a few cases of weird beasts seen surfacing near railroads. Coincidence? Maybe not. In 2014, the late Brad Steiger told me: “A bizarre incident occurred in Turkey on the night of May 14, 1964. Ismir Bey and his wife were driving along a road that ran adjacent to a railroad track [italics mine] when they spotted a spinning disc in the sky, described by them as ‘the size of a house.’ Suddenly, it seemed to plummet out of the sky, and as the two watched it crashed to the ground in a burst of flames. This is certainly one of the few reports of a UFO crashing, and, to add a bizarre twist, a huge, hairy monster was soon seen by the Beys as it scrambled out of the wreckage and headed for safety – straight toward the Beys!

Steiger continued: “In an effort to protect his wife from whatever fate might befall her at the hands of the monster, Bey flung himself at the beast, and was rewarded for his valor by being pounded into unconsciousness. Mrs. Bey reported that the monster then flung her husband in the direction of the railroad tracks [italics mine] and ran off into the nearby woods, but apparently it did not try to harm her.” 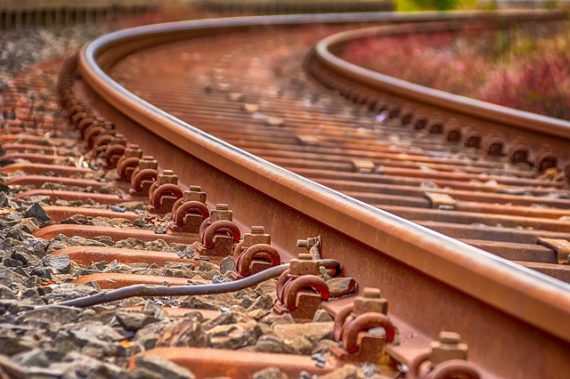 Midway through 1972, Defiance, Ohio became what can only be termed “Werewolf Central.” Over the course of a hysteria-filled two months – July to August – sightings of a rampaging, hair-covered man-beast, with a pronounced muzzle and dressed in rags, were made. The local media quickly picked up on the sinister saga, as did the town’s police, who even opened an official file on Defiance’s very own equivalent of Nessie, the Chupacabra and Bigfoot. To say that Defiance was gripped by terror would not be an understatement. Many of the sightings of the creature were made around a series of old railroad tracks [italics mine] and usually late at night. A couple of guys working on the tracks – Ted Davis and Tom Jones – had an encounter of the very close kind. A close call, one might say. Davis told the local newspaper, The Blade: “I was connecting an air hose between two cars and was looking down. I saw these huge hairy feet, then I looked up and he was standing there with that big stick over his shoulder. When I started to say something, he took off for the woods.”

In an article titled "The Mystery Predators of Britain," Tina Collins says the following of one particular "Alien Big Cat" case of July 2009 in Scotland: "Police dog handler, PC Chris Swallow spotted a 1.2m (4ft) long creature that he now believes was one of the Big Cats which reportedly roam the UK. It was prowling near a railway line [italics mine]. The size of the track was much larger than a domestic cat and the way it balanced along the railway line discounted it as being a dog." It should be noted that cases involving ABCs seen on - and very near to - railroad tracks absolutely abound. Interestingly, an ABC was seen in 2008 near Puerto Rico's Chemex Railroad. It was described as being bigger than a German Shepherd dog and black in color. 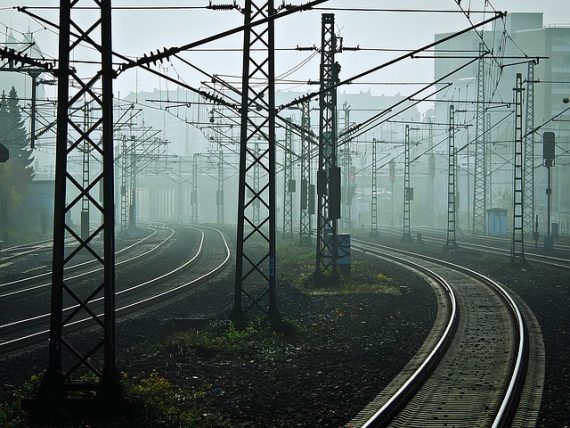 There is also the matter of Bigfoot seen racing along railroad tracks (check out this link as one example). And here's another case involving a Bigfoot seen near a railroad. Could there be a reason as to why strange creatures often seem to pop up in the vicinity of railroad tracks? It may seem like a weird question to ask, but bear with me. In her excellent 2006 book, Mystery Big Cats, author Merrily Harpur writes of liminal zones. She says: “These are the transitional zones between one area and another – the kind of no-man’s-land traditionally regarded as magical.” Merrily adds of such liminal zones that, "In the landscape they include streams, bridges, stiles, gates and churchyards - spots literally or symbolically at the point of transition over a boundary." Maybe we should add railroad tracks to the list...