Strange Lights Reported in the Skies Over France and China

Are you tired of videos and photos of triangles, orbs, triangles made with orbs and other common UFO sighting? Then the past week was a good one for you. In China, thousands of people witnessed what could have been a rocket launch if any rockets had been launched that night. Meanwhile, in France, an outdoor security camera picked up a large green ring in the sky that stayed stationary while clouds seemed to move around it. Have aliens finally updated their equipment?

Let’s start with the luminous green ring since it was so unusual. It was allegedly taken in Saint-Pol-de-Léon, a villa on the northwestern coast of France. From the sole video (see it here) of what was reported to be an all-night phenomena, the glowing circle doesn’t seem to move, not does it reflect on the water below. There are some reports that the orb appeared again the following night on the same camera. With no other videos, no other reports, the orb never moving and disappearing as the sky becomes light, this one seems to be firmly in the camera anomaly zone. 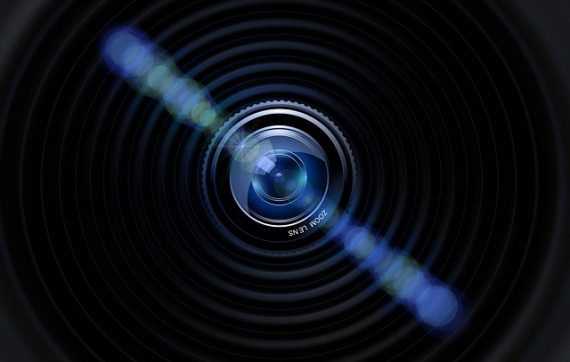 The two-minute light over China (see a video here and photos here) has more substance, at least in numbers of sightings. It was seen the night of October 11 over Beijing, Shanxi province and Inner Mongolia and other areas, with videos and photos popping up on social media almost immediately. This was the same day as the aborted Soyuz launch, but that event occurred three hours before and all debris had fallen from the sky by the time this thing showed up.

After seeing more nighttime launches by both governments and private space companies, most people are getting better at recognizing their glows in the sky and avoid making embarrassing “UFO” or meteor reports. However, this one had movements different than a rocket’s straight-line trajectory that suggest something else. The Chinese government media hinted as such, saying the two-minute flight was made by an undefined high-altitude aircraft, not a rocket.

In the U.S. and Europe, a mysterious high-altitude craft is usually assumed to be the mysterious and unconfirmed TR-3 Black Manta triangular surveillance plane. In China, it’s assumed to be a mysterious hypersonic glide vehicle known as DF-ZF, which will eventually be able to a nuclear payload at Mach 10. Mach 10! It’s not known if it has reached that speed yet but China’s Ministry of National Defense at least confirms its existence and that it has been tested at least 7 – and now possibly 8 – times. The plane is said to be based at the Taiyuan Satellite Launch Centre in Shanxi province, so the location of the recent sighting matches up.

The orb in France is not, as some speculated, a portal opened by the folks at CERN. While that would be worrisome, it doesn’t exist. The DZ-ZF does. Was its flight on October 11 deliberately scheduled immediately after the Soyuz launch failure so China could show its space capabilities? Was it a threat or a job audition?

Keep watching the skies and have your cellphone ready.