A large, strange object washes up on a beach in South Carolina. It looks like concrete but feels like foam. A few photographs were taken but, before anyone could conduct a detailed inspection, it was quickly taken away by local officials. Four days later, the speculation on what it is runs rampant while an official announcement is non-existent. And they wonder why conspiracy theories abound!

“Look at this mysterious object that washed ashore on Seabrook Island today! What do you think it is?”

On October 4, this mysterious thing (picture here) appeared on a beach on Seabrook Island, a barrier island near Charleston bordered by the North Edisto River, Bohicket Creek and the Atlantic Ocean, which spit out the strange object. The Lowcountry Marine Mammal Network, a nonprofit dedicated to increasing awareness and education about the marine mammals of South Carolina, was the first to be notified. After determining it wasn’t a marine mammal, it posted a picture on its Facebook page and asked for help identifying it.

“Check out this mystery item that washed ashore on Seabrook.”

Other than its own Facebook post, it got no help from the Kiawah Conservancy, a similar group on nearby Kiawah Island, nor from the news item in the Charlotte Observer. However, ‘someone’ noticed the postings. The object disappeared almost as quickly as it arrived, reportedly taken away by local government workers, leaving nothing behind but a few photos, a mystery and plenty of room for wild worldwide wondering.

After moving past the usual “aliens” and “alien spaceship” screams, many suggested it was a shielding or insulating part of a rocket, although the idea from some that it came from the space shuttle Challenger disaster 30 years ago is unlikely due to its relatively good condition. Other saw it as part of a marine object such as a buoy, an oil rig, a donut fender used to protect pilings or a pipeline floater. All of these, especially the last one, seem plausible

However, no one seems to have any ideas about why the object was taken away so quickly, especially if it was something as common as a foam fender or floater. Moreover, if it was an ordinary object, why has there been no announcement by any officials – government, military, marine or otherwise? 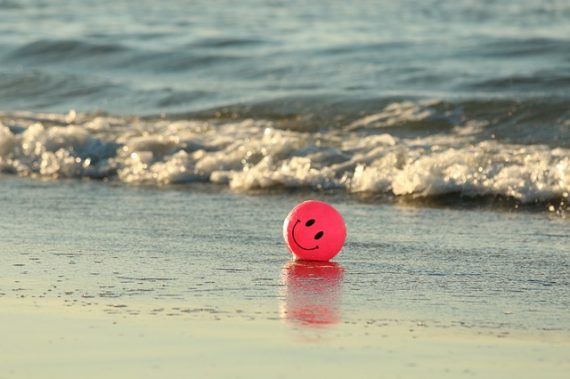 Is it something dangerous? Terrorism-related? Alien? Why such secrecy?

Will we ever find out? It’s been four days. We’ll keep watching … and wondering.