The Chupacabra: An Ongoing Phenomenon?

As a follow-up to my chupacabra-themed "Paranormal TV: The Hazards" article, I thought I would answer a question I am often asked. Namely, are people still seeing chupacabras? Well, yes they are. Or, at least, what people assume are chupacabras. Certainly, one of the weirdest of all the relatively new accounts did not surface out of Texas or from Puerto Rico’s El Yunque rain-forest – as most of the accounts certainly did. Rather, the story came from Rukshin, in Ukraine, which is a sovereign state in Eastern Europe. In the summer of 2016, practically the whole population of the area was plunged into a collective state of fear when violent attacks on farm animals began out of the blue and in the dead of night. Frightened locals refused to leave their homes after the sun had set. Who can blame them for that? And, the local police carefully patrolled the area at all times. No wonder: a savage and violent monster was wildly on the loose. By now, you know its infamous name all too well.

As was the case in the tales that came out of Puerto Rico in the mid-1990s onward, chickens, rabbits and goats were drained (allegedly!) of significant amounts of blood. In fact, the highly emotive word “sucked” was used by the press, on what amounted to more than a few occasions. Farmers reported that the animal in their midst was strong enough to tear open metal cages with its huge teeth and powerful, bone-crunching jaws. The creepy culprit remained evasive and elusive for several, tumultuous months. That is, until the creature was swiftly killed by an irate farmer who – having had just about enough of all the mayhem - caught sight of the beast, chased after it, and then finally plunged his pitchfork into its body. The creature was slain. No doubt, the people of Rukshin sighed with relief when the carnage was over. 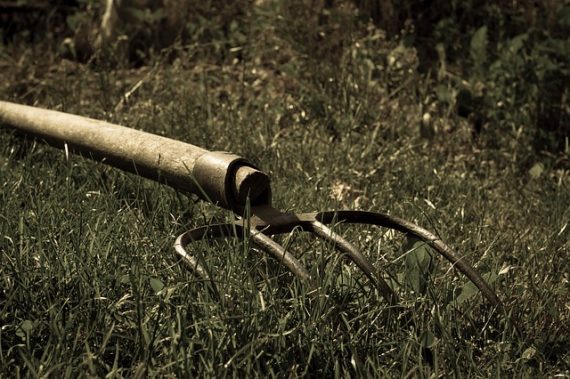 The local media covered the story – even providing a photo of the dead animal. It looked remarkably like the so-called “Texas chupacabra.” In other words, it was a bizarre-looking, hairless canid that resembled a coyote, but which had a few undeniably strange, physical mutations. That the attacks then came to an abrupt end, strongly suggests the hairless thing was not one of a large pack, but a solitary animal.

Mexico was also a target for the chupacabra in 2016. In fact, and very oddly, at the very same time that Ukraine was under assault. A coincidence? Probably. But, it only served to demonstrate the ever-present weirdness that dominates the saga of the chupacabra. This time, the place was Chihuahua. One particular farmer, in early June, awoke to find ten of his animals – most of them goats – “with head and neck wounds that he believes were caused by the infamous ‘goat sucker’ in a rural community southeast of Delicias,” which is located southeast of Chihuahua City, around 300 miles south of El Paso, Texas. Matters soon, and somewhat inexplicably, came to a quick end. The beast that was responsible for the attacks was never seen, but for the locals, there was only one answer: a chupacabra had been stealthily paying visits of a terrible kind.

One year later, in July 2017, there were dark murmurings of a chupacabra prowling around Riverside, California. One of the witnesses said, with a high degree of justification, that the animal he saw was “the ugliest-looking thing.” Notably, the source added that it was “at least two feet or more longer than the biggest coyote you’ve ever seen. I yelled at it, in a big deep voice, ‘Get out of here!’”

That the mysterious animal was around two-feet longer than the average coyote, suggests there was something very unusual about it. Other locals reported seeing the creature too. One told the media: “That is the strangest-looking animal I’ve ever seen.” No doubt! The witness explained that when she had the distinct misfortune to encounter it, the thing was plucking fruit from one of the trees in her front yard. She expanded: “The ears of a deer, long snout, no hair, tail like a rat, long hindquarters. I thought it might be a sick coyote, a sick wolf. But it had too many different characteristics from any of them.”

Another witness was was quoted as saying: “We’re looking at it dead on. It has a body like a Chihuahua, stretched out, with a large thoracic cavity. And it has huge hind legs. It has a very narrow, rat-like face, with undulations, more like a marsupial.” The eyewitness made a very interesting and thought-provoking statement: “The donkeys that come from central Mexico, they come right through my gate. These guys, I believe, followed them from Central America.” The California Department of Fish and Wildlife were sure that the animal which caused all the fuss and fear was not a chupacabra.

Right now, in late 2018, that’s pretty much where things are at. I have a sneaking suspicion, though, that we have not seen or heard the last of the chupacabra – of Texas or of Puerto Rico. And maybe not even the end of the creature in Ukraine, in Central America, and in Russia, too. Coming to your yard late on a dark and storm-filled night? Don’t bet against it.

The Bizarre Case of the Electric Poltergeist Girl