The Creepy Case of the Black Nun

As the days are leading up to Halloween some of you may have noticed that I have been covering a good range of various hauntings that have allegedly occurred in a variety of places from way back. These sorts of timeless accounts have a certain allure to them in addition to the fear they invoke. They provide a glimpse into a mysterious world we do not yet fully understand, and serve to be at once entertaining and creepy at the same time. One rather scary and well-know case of a haunting involves a shadowy specter that has come to be known as The Black Nun.

In the year 1811 one of the biggest, most prestigious, and most important financial institutions in England and indeed the world, was The Bank of England, located on London’s Threadneedle Street, and among its many employees was a man named Philip Whitehead, also sometimes called Paul Whitehead, who worked in the cashier’s office. Although he was considered to be courteous and genteel, Philip had a somewhat darker side to him, and even as he smiled and charmed customers and co-workers he was secretly forging documents and defrauding the bank. He probably thought he could get away with this forever, but his luck would run out when the bank found out about his nefarious deeds and he was imprisoned.

Back in the 1800s was a different time, with harsh punishments meted out for what we might consider to be comparably light crimes today, and unfortunately for Philip the penalty for committing bank fraud and forgery in this case was death. In early 1812 Philip was hanged for his crimes, but the execution was kept rather secretive, and thus Philip’s sister, Sarah Whitehead, who had been extremely close with him, was not informed of his death. After not hearing from him for several weeks, Sarah made a trip to the bank to pay him a visit, and although the bank employees were well aware that he was dead they did not tell her this, rather saying he was out. This one trip to the bank would become the first of many for Sarah, and she would make daily appearances there, always asking the same thing, “Have you seen my brother?” Finally, perhaps out of pity, a bank worker admitted to her that her brother had in fact been hanged. She did not take the news well.

By all accounts the news of her beloved brother’s demise drove her a bit mad, and she began to lose her grip on what little sanity she had seemingly day by day. She began wearing nothing but a long flowing black dress with a veil that covered her face, as if she were on her way to a funeral, and this earned her the nickname “The Black Nun.” She began making regular appearances at the bank nearly every day fully clad in her spooky black attire, and although this was a bit unsettling for the bank and its customers, they took pity on her, and paid sums of money to help her deal with her deep grief.

These appearances became more and more relentless, with Sarah visiting the bank day after day, and she began aggressively asking “Have you seen my brother?” over and over again, in an ever louder voice, even though she must have been fully aware that he had died. On top of this she began to disturb bank operations by insulting customers, pushing people out of line, demanding money that she was, in her increasingly unstable mind, convinced the bank was withholding from her, and screaming at the top of her lungs “Have you seen my brother?” This went on daily for years, until in 1818 it was decided to get rid of The Black Nun once and for all. A handsome amount of money was shoved into her hands and she was told to never come back, officially banished forevermore. Although she spent the rest of her life wearing that black dress and veil every day, and lurked about the surrounding streets glaring at the bank, she never did take one more step inside. At least not while she was alive. 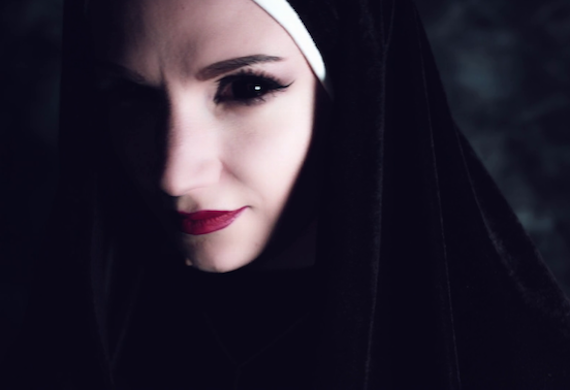 Sarah Whitehead would eventually pass away, and was actually buried right next to the bank, at the nearby church yard of St. Christopher-le-Stocks, which would become part of the bank’s gardens in later years. Practically just as the last shovel-full of earth was scattered over her grave there were reports of very strange things going on both in and around the bank. Bank employees started seeing dark shadows in the periphery of their vision, and as time went on these congealed into the form of what looked like a woman in a flowing black dress and veil. This apparent ghost became more and more brazen, appearing out of thin air in front of startled bank employees and customers, very often rasping “Have you seen my brother?” before vanishing into thin air, and it is still seen to this day. Those who get a good look at the entities face have said that she has a twisted, contorted features and blazing red cheeks, giving her a rather unearthly appearance, and most who encounter her have said she exudes a potent aura of loneliness and despondency that has actually caused physical effects.

People walking along the streets outside of the bank have and still do report of coming across the Black Nun as well, saying she blooms out from the darkness or simply blink into existence to ask her insistent question, “Have you seen my brother?” The graveyard where her body was interred is also a favorite haunt of the entity, where she has long been seen wandering about or merely standing there gazing off at the bank building in the night. Often the ghost of the nun is described as hobbling along and feeling her way around, as if she cannot see well, and she is also apparently prone to fits of sobbing and crying. Mostly, though, she seems to leave people alone, merely startling, although it is uncertaint what she would do if anyone ever answered "yes" to her question of having seen her brother. 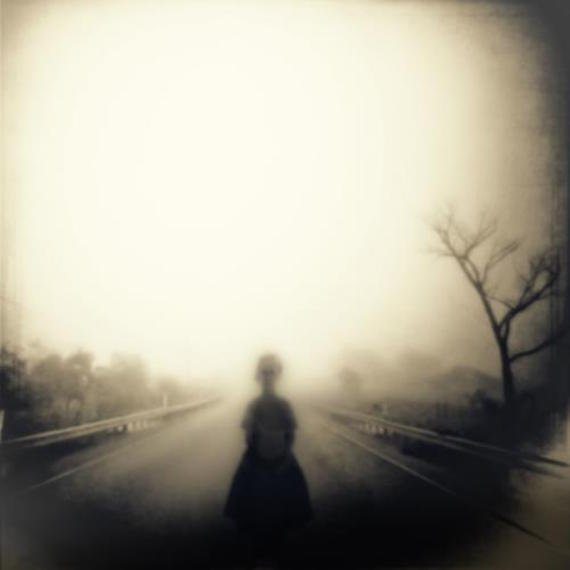 The ghost of the Black Nun has been seen well into recent times, right up to the present, with the bank still standing and considered to be very haunted, and she has expanded her territory to include the subway station not far away, where apparitions of the nun have been seen and where anomalous screams and groans are common. Bank employees have given numerous reports of running into the nun, as well as pedestrians on Threadneedle Street and even out of town tourists. One recent eyewitness account comes form an American tourist, who said:

I was on a short visit to London and was walking alone in the late evening along Threadneedle Street, near to where the Bank of England is positioned. Suddenly, without warning, this lady was walking towards me, I don't know where she had appeared from. One minute she wasn't there and the next minute she was. The lady looked strange and was dressed all in black in what I thought looked like the style from the 1800s. She was wearing a black bonnet with a long veil and her dress was long and full. I could see her face through the veil and she looked sad. As I passed her she glanced up briefly and asked in a soft voice, "Have you seen my brother?" I muttered, "No," in reply. Almost immediately afterwards I turned round, to have another look at her, but she had disappeared. There was no one behind me other than a couple walking in the same direction as me. I've since read that the Bank of England has a ghost known as the Black Nun. I wonder if this is who I saw.

The Black Nun of Threadneedle street has become a popular local oddity, and there are many who come here just hoping to catch a glimpse of the apparition themselves, but what exactly is going on here? Is this just a spooky urban legend or is there any truth to any of this? If she is indeed real, then what are we looking at here? Is this a residual haunting, with the traumatized Sarah Whitehead just an image in time mindlessly etched upon some sort of eternal loop? Is she a ghost who is restless and will not pass on until she finds her lost brother, a task which she will never complete since he has already passed on himself? It is unknown, but if you are ever in the area and a scary looking pale woman with red cheeks in a black dress and veil asks you if you have seen her brother, just say "no."