The Haunted Old Tunnels of Sacramento

Spooky underground places seem to inevitably draw to themselves strange tales and frightening encounters. There is something about these claustrophobic confines that touches a nerve with us. These dark tunnels and caverns are a place where anything can happen, and by some accounts often does. One expanse of subterranean tunnels has long existed under the now bustling city of Sacramento, California, and they are every bit as strange and supposedly haunted as one might imagine.

The California state capital of Sacramento was founded in 1850 during the Gold Rush of the era, much like nearby San Francisco. This was a time when there was a steady influx of settlers to the region, most seekers of fortune with dollar signs in their eyes, and they fueled the growth of numerous towns and cities in California at the time. Sacramento, like other cities in the area, it served as a valuable lifeline for this flood of settlers, and was a major hub of the Gold Rush era. Unfortunately, many of these early towns were also rough and tumble centers of crime, villainy, disease, and calamity, and Sacramento was no different, but it would have a bit worse luck than most in the form of natural catastrophe.

In addition to the problems with overcrowding, disease, and unruly miners, in 1861 and 1862 the city was menaced by the worst storm to ever hit the state of California, which would go on to mercilessly pound the area with nearly nonstop heavy rain for a full 3 months. This steady and relentless deluge caused the banks of the Sacramento River to burst, and the city was completely inundated, leading to much of it being totally submerged and claiming an estimated thousands of lives in the process. During the time most of the residents were evacuated by ferry, and corpses were continually found floating about in the muddy floodwaters, many of which were never identified. 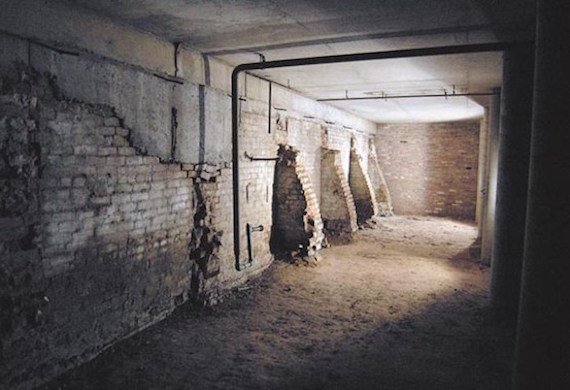 In the aftermath of this travesty, rather than completely abandon their once thriving city the people of Sacramento underwent an ambitious project to physically build a whole new level of their lost town, one that would sit above the waters that had so ravenously consumed them and place it higher above sea level. In the meantime, the river was rerouted, bodies were fished out, and levees were constructed, until eventually Sacramento was essentially a city built upon the corpse of its former self, a full 8-25 feet higher above sea level, and slowly had the life breathed back into it as it crawled out of the ashes of its apparent demise. However, despite this resurrection, the husk of the old, dead Sacramento never fully went away, and indeed it went on living as a sort of shadow beneath the main city, a realm of darkened, decrepit tunnels that lie abandoned under the earth.

Although many of the tunnels were eventually filled and sealed off, there were nevertheless remnants of this tragic history still left behind, the ghost of old Sacramento, lurking right under the feet of the city’s residents and commonly known as the Old Sacramento Tunnels. These tunnels turned out to be very attractive to the city’s more nefarious elements, and became a den of crime and unsavory activities, a place where criminals could carry out their shady dealings out of sight down in the murky depths. Prostitution, drug deals, illegal gambling, you name it it went on down in these tunnels. Sometimes there were murders carried out here in this subterranean lair of darkness, or bodies dumped by mobsters, and the whole underground world became notorious as a bad place to be, the evil twin of the town that lay above it. They have also in recent years become known for their paranormal activity and spooky incidents, and with the city’s history of drownings, catastrophe, murder, and strife, it is probably not all that surprising that this should be so.

Many of the basements of the current structures, which would have at one time been part of the original city, have been ground zero for all manner of strange phenomena. The BF Hastings building is one example, with an air of foreboding said to constantly hang about it, to the point that it makes some people physically ill, and various reports of disembodied voices, anomalous noises, and even apparitions sighted on the grounds. One apparition in particular is said to look like a cowboy, and apparently likes to laugh joyously and shout at visitors before vanishing. Other spirits in the vicinity are a ghostly lady in a flowing white gown and a spirit who calls herself Lucy. 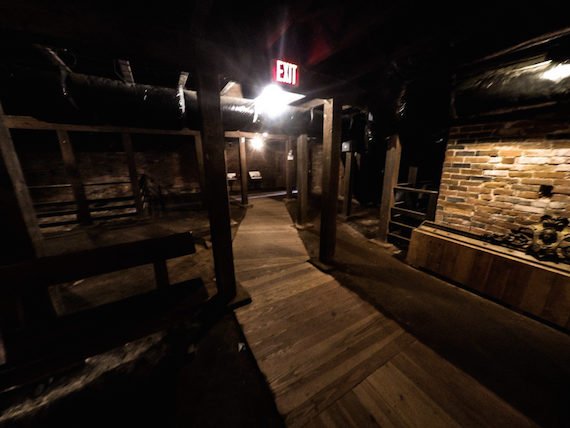 The tunnels also have many other spooky tales. Apparitions and shadow figures are common, and there have even been reports of thrill seekers penetrating down into the depths to allegedly never return. Psychic investigators who have delved down into the tunnels also say that this is a place not meant for us, and that there are ominous entities lurking about down there, with some of the paranormal investigators who have been down there wildly and absolutely terrified by whatever they had witnessed down there. It is curious that teams of seasoned ghost hunters should be so frightened by what they found down there, but this seems to be a common reaction. Such is the paranormal activity down in the depths of those tunnels that even the homeless of the area refuse to go anywhere near them, and indeed the city’s homeless have brought back countless tales of encountering outlandish noises and entities down there in the inky depths of the tunnels.

The homeless have also said that the rats in the tunnels “don’t act natural,” and will stalk people about, their eyes shining in the gloom more than they have any right to. Some more outlandish tales tell of humanoid beasts constructed of a writhing mass of rats, which can actually speak and are too terrifying to comprehend. In other cases there are said to be strange inscriptions scrawled upon the walls of the tunnels, and there has been said to be a good amount of occult activity taking place there. According to the rumors there have been all manner of rituals carried out down in these depths, and there have been frequent sightings of robed figures prowling about in the shadows of this subterranean lost world.

Such is the array of supposed ghostly phenomena from the Old Sacramento Tunnels that of course paranormal investigators have continued to pour in to investigate, and many have come away with all manner of photos of orbs and EVP phenomena. Strange lights, cold spots, unexplained noises, even physical assault such as pushing and pulling, you name it these dark tunnels have it. The Old Sacramento Tunnels have even made it to popular paranormal TV programs, such as “Ghost Adventures” with Zak Bagans. Is there anything supernatural that lies down within this forgotten place from a bygone era? Is it the ghosts of the many dead in Sacramento's past or is it just urban legends? If you want to find out for yourself there are plenty of ghost tours though the tunnels nowadays, although access is typically limited. If you go, just make sure you keep an eye out for anything unusual. You never know what you are bound to see.