The Legend of Nes Cemetery

On the western coast of Lake Winnipeg runs a small river, and upon one side of that river sits a small cemetery, hidden by miles of marshland and never visited. The graves are no longer marked. The house that once sat there is nothing but a ruined stone foundation. The sign, blue and white, bearing the words “Nes Cemetary” has no company but an old white stone angel. Well that, and the seemingly active denizens of that graveyard who, at night, attempt to drag the living into the marshy depths.

Nes Cemetary is a very silent place. Near the bank of the Icelandic River in Manitoba, Canada, this cemetery is home to hundreds of unmarked graves. According to local legend, the cemetery is not fit for living visitors, especially after the sun goes down.

In 1875, Riverton and Gimli Manitoba became home to a massive influx of Icelandic settlers. These immigrants made the coast of Lake Winnipeg their home and began their new lives in this relatively untouched wilderness. All fairness aside, the settlers displaced the very active local indigenous groups which existed on this land for tens of thousands of years. Adding insult to injury, the Icelanders also brought smallpox with them, and within a year, the disease ravaged the local tribes. While smallpox cemeteries dotted the area around Riverton and Gimli, the largest established cemetery was Nes. Already the site of many graves, Nes was quickly filled with smallpox victims, and only thick standing wooden logs marked the graves. By 1880, the cemetery was full and no longer able to accommodate new guests.

The dead had their peace, until one man by the name of Magnús Hallgrímsson, sometime during the 1880’s, settled his farm smack dab in the middle of the cemetery. Leveling the graves and removing the wooden grave markers, the man built a house and, because he was brave (and stupid), named it Nástrond, which is Icelandic for ‘Corpse Strand.’ Karma being what it is, he died horribly in 1890 and his widow refused to live in the house. The house was abandoned and, to this day, the foundation still remains.

Speaking to a local photographer and writer, Christine Loff, who has cataloged and researched the various legends which surround Nes, she explained that the entire area is quite dangerous. The cemetery currently sits on crown land and is technically open for anyone to visit. She warned though that the road to the cemetery is in terrible shape, and one would need a 4x4 to get to it. If a visitor did manage to make it to the actual cemetery grounds, the entire area is marshland because it sits right on the Icelandic River. According to Loff,

“You are likely to slip and fall into the marsh and break a leg.”

Even if a visitor made it to the old farmhouse, the underground cellar is still open, although hidden by unkempt growth.

“Be careful where you step. You could fall right down into it and break your neck.”

Loff explained that she has visited the cemetery several times, and although it is a very eerie place, and far removed from the town, she has never seen anything paranormal. That being said, there are many nearby who can tell stories.

In one story, a young boy who lived on a farmstead just across the marsh from Nes was on his way home in the evening when he heard a voice calling him to the farmhouse. According to Loff, the voice eerily repeated, 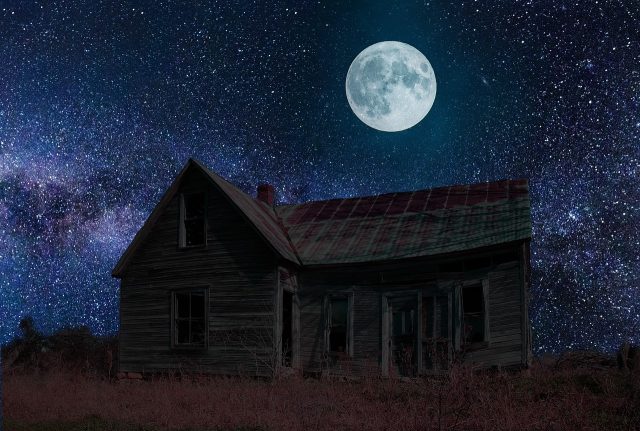 Disobeying every horror movie trope, the boy did the right thing by running away. A farm which sat directly across the river from Nes was home to a couple who would often report the shining of strange lights in the house, even though it had been clearly abandoned for some time. One report tells the tale of a man who was visiting Nes and swore he saw several dark apparitions exit the house and move towards him before he wisely turned and ran.

In recent years, the marsh has been unkind to Nes. With annual flooding, the water encroaches upon the cemetery, and every year, skeletal remains seem to wash into the marsh or become exposed. One local, Gilbert Guttormsson, who uses the land for his cattle during the dry season, dutifully collects the stray bones and reburies them in the cemetery on higher ground. During years where the erosion is particularly bad, entire skeletons seem to be popping out of the ground. Those bodies have been collected by the local municipality, and are reburied in Riverton’s cemetery.

More recent stories tell of voices calling visitors into the deep marsh. Singing sweetly, the voices coax the living into the tall grasses where the ground suddenly drops away, and the wrong step can plunge a person into some pretty deep water. Whatever is lying in wait for them below the surface, however, doesn’t seem very pleasant. No one has died in the marsh according to the official record.

There are many strange events which seem to exist along the coast of Lake Winnipeg. Nes seems to be just another link in the long anomalous chain that runs all along this area of Manitoba. Other bizarre occurrences involve bright lights hovering in the skies near the cemetery and over the lake, as well as the recurrent sighting of a woman in white who seems to wander the coast only to vanish when witnesses get too close.

In an interview with local science author and researcher Chris Rutkowski, he stated that it is very unwise to go to Nes. If anything paranormal happens in Manitoba, he knows about it. I asked him about the stories of murderous ghosts and strange UFO-like objects in the sky. He explained that he had heard all of the stories, but the phantoms and monsters were not the real concern.

“Don’t go there. The smallpox virus stays active for 200 years. Seriously, stay away from a smallpox burial ground.”

Good to know. Road trip anyone?

MJ Banias
MJ Banias is the author of “The UFO People: A Curious Culture” and curates the popular Fortean blog “Terra Obscura" and YouTube channel. He has appeared on multiple radio shows and podcasts including Coast to Coast AM, and his work has appeared in Fortean Times Magazine, FATE Magazine and in the book, “UFOs: Reframing the Debate."