Mysterious disappearances and deaths never cease to amaze. We are often left with strange clues and circumstances, scrambling for answers that may never come. In the rather formidable files of unexplained crimes we have countless such cases, which have turned out to be ice cold and serving to stir about more questions than answers. One of these is the case of a seemingly normal man who would become embroiled with odd forces that we still do not understand, only to disappear and end up dead in a case that has managed to remain one of the greatest and weirdest unsolved murders of all time.

The whole weird case revolves around 31-year-old Blair Adams, who was the foreman of a construction company in in Surrey, British Columbia, Canada. By all accounts Adams was a well-liked and jovial fellow, always smiling and supportive of those around him. There would have never been any sign that anything was amiss with him, as he was always in such good spirits and a cheerful presence. Yet all of this began to change in the summer of 1996, when his overall demeanor and behavior began to change, devolving into something less than what people knew him to be. The normally cheerful young man began displaying dramatic mood swings and spiraling into a general morose and dark malaise, his demeanor and behavior uncharacteristically erratic and unpredictable. This began to show in his work, as he began to leave the work site unlocked when he left in the evening, and he was generally spacey and sullen. On top of this he was not sleeping well, and none of this went unnoticed on the part of his family, yet when his mother asked him what was bothering him he merely told her that he couldn’t tell her.

On July 7, 1996, Adams suddenly went to the bank to withdraw all of his money, around $6,000 dollars in cash, as well as the contents of his safety deposit box, which held a good amount of jewelry, gold, and platinum, before leaving town without telling anyone where he was going. He would end up at the U.S. Canadian border 2 days later, trying to cross by ferry from Victoria, British Columbia, to Seattle, Washington, but the border patrol was having none of it. Here was a single male trying to enter the United States with a large stash of cash, gold, platinum, and other valuables, and he looked just about as suspicious as can be in their eyes. As a result, Adams was was seen as a potential drug runner, turned away at the border, and he retreated back into Canada. A couple of days later he tried to enter the U.S. again, this time on foot, and when he was detained he was found to be covered in scratches and cuts and was even considered as a possible car thief. Again he was turned back.

In the meantime, Adams unceremoniously quit his job and told them he would not be coming back, after which he bought a ticket to Frankfurt, Germany for the following day and showed up at a friend’s house saying that someone was trying to kill him and that he needed to get into the United states. Adams then cancelled his expensive flight and finally managed to get across the border by a rented car on July 10, 1996, heading straight for Seattle, Washington, where he immediately purchased a one-way ticket to Washington DC, on the other side of the country, which was odd because he knew absolutely no one there, had no business at all going there, and a one-way ticket cost almost twice as much as just buying a round-trip ticket. Upon arriving at Washington DC, Adams certainly didn’t stay to see the sights, instead immediately renting a car and making his way overland all the way to Knoxville, Tennessee, over 500 miles away to the southwest. This was another oddity, as it seemed strange that he should fly to DC, then rent a car and drive hundreds of miles to Tennessee, where he knew no one. It was so bizarre that an investigator on the case would later say: 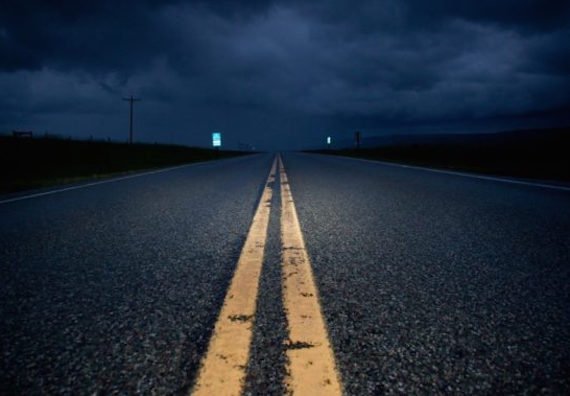 Adams arrived in Knoxville in the early morning hours of July 10, 1996, and immediately continued his string of bizarre behavior. He was seen at a gas station at around 5:30 AM, where he wandered up to the clerk and rambled on about how the key to his rental car wouldn’t work. A repair service driver by the name of Gerald Sapp made his way to the gas station and talked to the confused Adams, who he described as looking rather normal, and at least not appearing as if he were on drugs. It was quickly found that the dazed and confused man had simply been trying to use a key for a different car, which he insisted was the correct key. Sapp would later say of the surreal scene:

I asked him to look in his pockets. I said, 'If you drove this thing up here, you gotta have another key in your pockets.' And he wouldn’t look. So I thought he was nuts. He was bound and determined that he had the key he needed for that car. The guy was not all there. He didn’t appear to be messed up, he didn’t appear to be on drugs, but his mind wasn’t functioning correctly for some reason.

Sapp arranged to have the car towed and then drove Adams to the Fairfield Inn to stay for the night. At the hotel his erratic behavior continued, with him loitering about for nearly an hour and mindlessly pacing in and out of the lobby at least 5 times before finally booking a room, but after he paid he didn’t even go there, instead marching right back out the door without so much as ever even looking at the room. The clerk at the time, Ticca Hartsfield, would say of his demeanor:

The best way to describe him would be paranoid.  He just was very nervous, agitated, expecting someone to come in on him even though there wasn’t anybody there.  I don’t know who he was looking for, but he was waiting for somebody to walk in for him.

This strange incident at the hotel would be the last time anyone saw Blair Adams alive. The following morning, on July 11, 1996, the body of Blair Adams was discovered about a half a mile away, at the parking lot of an under-construction hotel, and there were several bizarre clues to be had. The corpse itself was half naked, missing the pants and with the shirt torn wide open. His shoes were off, with one of them under the head “like a pillow,” and the socks were found bizarrely inside out, and strewn around were the hotel and car keys, as well as a fanny pack filled with the cash and all of his jewelry, gold, and platinum and a black duffel bag stuffed with maps and travel receipts. The body itself had various cuts, abrasions, and bruises upon it, as if he had tried to fend off an attack, with one particularly egregious wound to the forehead, and there was indeed found a long strand of hair on the hands, thought to possibly belong to the killer.

The autopsy report would conclude that Adams had died from an immensely powerful blow to the stomach, possibly dealt out by a baseball bat, club, or crowbar. There were no signs of drugs or alcohol in his system. It was all rather baffling, especially considering that all of the cash and valuables had been left behind, leaving out theft as a motive. It was thought that the murder might have been sex-related, and that he had even been sexually assaulted, but there was no trace of DNA evidence left at the scene of the crime to support that. Yet, this is still a popular theory, especially considering that the crime scene was not far from a truck stop where prostitution was rampant. It is also thought that Adams might have gotten on the wrong side of someone, especially considering his panicked confessions to his friends that someone was out to get him, but it is not clear at all who that could have been or why, since he was not known to have had any enemies. 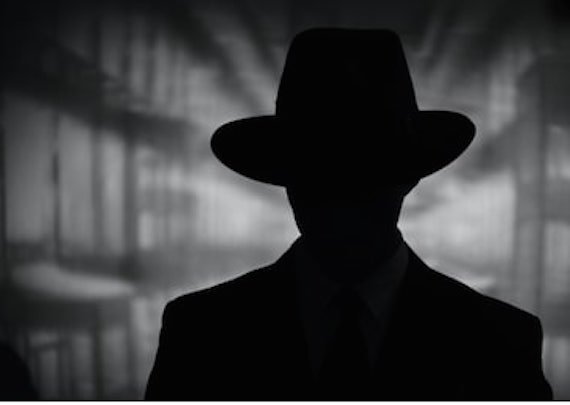 In the meantime, every piece of evidence and every lead in the case has been followed to nowhere. There has been no match to the DNA found on that mysterious strand of hair, no suspects, no new leads, no nothing, and an investigator on the case, one Lieutenant Jim Jones, has said of the whole thing, “Every aspect of this case is mysterious… there’s no explanation for it.” Theories since then have ranged from that he was involved in a drug deal gone bad to that he had simply had a psychotic break, but none of it makes any sense at all. The case has gone on to feature in such notable TV programs as a 1997 episode of Unsolved Mysteries, but there have been no new clues and certainly no answers to this bizarre death.

It is a decidedly mysterious case that poses far more questions than answers. Why did Blair Adams suddenly take all of his valuables to disappear from home on his odd journey that would end thousands of miles away? Who or what was he running from? Why did he book that ticket to Germany and why did he suddenly flee to Washington DC, only to drive all the way to Tennessee, where he knew no one at all? What was with the keys and hotel, and what do the clues found at his murder scene mean? Why rip his shirt open and remove his pants? Why turn his socks inside out, and why not take the thousands of dollars worth of valuables he was carrying? The whole thing boggles the mind, it makes no sense, and we are no closer to answers now than we were back then. It is a strange case that is perhaps forever doomed to float about in the realm of unsolvable cold cases that serve to baffle and perplex, without ever being solved.