UFOs and Mysterious Beach Findings Being Blamed on SpaceX

If there’s something strange in (or over) your neighborhood … who ya gonna call? If it looks like a UFO or a part from one, don’t call 9-1-1 or MUFON – call SpaceX. Numerous recent reports of mysterious lights in the sky and weird objects washing up on beaches are being positively identified as either SpaceX launches or SpaceX pieces. Hello, Elon? Yes, I’ll hold.

They‘re happening so often that the mystery should have worn off, but it seems people, especially Californians, are still being fooled by bright lights with colorful and ever-expanding trails. Two such “UFO” sightings that received a lot of attention occurred in October and December of 2017 in the sky over Los Angeles and southern California. Both were quickly identified as SpaceX launches from Vandenberg Air Force Base north of LA. For non-believers (and there seemed to be plenty of them), experts were accessed by SpaceX and the media to explain rocket contrails and the “twilight phenomena.” 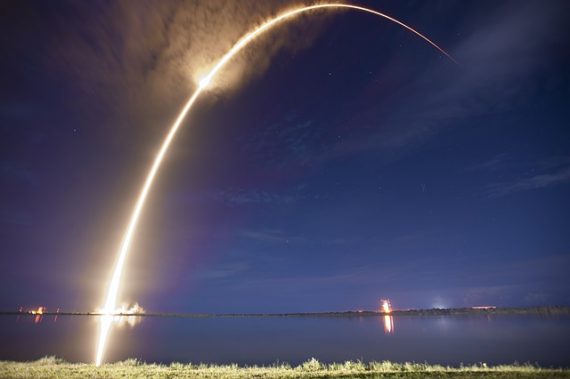 The trailing plumes (a great name for a band) or condensation trails are caused by exhaust made up of water vapor, smoke and miscellaneous particles of burnt rocket fuel. The water vapor freezes at the tropopause boundary between the troposphere and the stratosphere and the ice crystals and minute particles give the contrail its visibility. The bright colors come courtesy of the setting sun (in California) or the rising sun on Florida launches. Because of the altitude of the rocket, the sun can be below the horizon and still illuminate the trail.

What about the bright lights that make it look like a UFO mothership sending off landing parties? That’s SpaceX successfully landing the first stage of the rockets. Here’s the real question – is SpaceX launching at twilight just to mess with us? Hello, Elon? Yes, I’ll hold.

Some of those first stages are landing but others are not, which means they’re ending up, along with the second stages and miscellaneous other parts, in the Atlantic and Pacific oceans. With Falcon 9 rockets being launched 63 times over the past 8 years, that’s a lot of space litter. Which brings us to North Carolina and other east coastal states where people are mistaking giant pieces of unidentifiable metal found on beaches for parts of alien spaceships. The latest was discovered this past Tuesday along the Outer Banks in the Cape Hatteras National Seashore. The object measured 10 feet by 6 feet and was heavy enough to require a front-end loader to remove it. SpaceX quickly claimed it as its own and probably took it to where it put another rocket piece from the nosecone found in October. What about that giant foam object that washed up on a South Carolina beach in October? SpaceX was mum on that one and its source appears to still be a mystery. 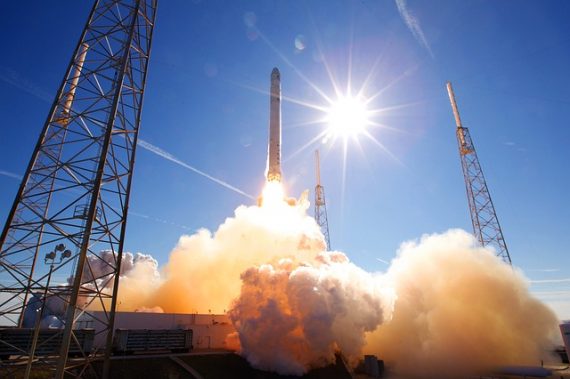 As movies like First Man remind us, rocket launches were once big events announced loudly by NASA and covered extensively by the media. While a non-military government agency may have an obligation to notify the public of launches certainly has an obligation to clean up its mess, does a private launch company? The answer should be “yes,” especially if the owners want us to buy their electric cars or order stuff from their online store. (Hello, Jeff? Yes, I’ll hold.)

So, it's fun but unfair to  just blame SpaceX. With these launches being mistaken for UFOs and even causing small “panics”; with space junk washing up on beaches and causing similar concerns; and the recent abort of a manned launch, perhaps it’s time to go back to treating these launches as a big deal and alerting the public beforehand.

Hello, somebody? Yes, I’ll hold. Could you play another song by The Trailing Plumes?

UFOs: Why You Don’t Need to “Believe”