UFOs of the “Flying Triangle” Kind

Back in the late 1990s, I used to speak regularly at the monthly meetings of the now-defunct Staffordshire UFO Group. Another regular speaker was the late Omar Fowler, who died in 2017. On several occasions, Omar shared with me a number of accounts concerning the "Flying Triangle"-type of UFO. And, given the fact that some of those cases were particularly intriguing, I thought I would share with you two cases from Omar that I still have on file and that make for thought-provoking reading. In July 1997, as Omar told me, the Staffordshire, England town of Rugeley was targeted by a Flying Triangle and nothing less than a black helicopter - at the same time and location, no less.

In his letter to me (yes, when letters were just about still written! LOL), Omar stated that on the night in question, the attention of the witness "...was attracted by a noise similar to a high-revving two-stroke engine outside his home. He went outside in the darkness and saw hovering lights approximately one hundred and fifty yards away and one hundred and fifty feet up from the ground. He went indoors and fetched his binoculars and was able to make out the shape of a black helicopter in the vicinity of the lights.

"He had a night vision scope indoors and he returned with this a few minutes later. He then viewed the aircraft again. He saw the helicopter clearly, as it was illuminated by the flashing strobe and navigation lights. He described it as being similar to the Airwolf from the TV series. He then switched on the infrared beam and immediately noticed that there was a completely blacked out, triangular craft adjacent to the helicopter. 'I couldn’t believe my eyes!' he commented. The triangle, which was a similar size to the helicopter, reflected light from the strobe/navigation lights and appeared to have no visible means of support in the hovering mode (no noise was heard). He began to approach the two hovering craft, while looking through his night scope.

"It is a foregone conclusion that the helicopter was equipped with night vision equipment, because as [he] approached, the helicopter suddenly moved away at an incredible rate of knots. It disappeared like a rocket. The triangle remained for a moment and then moved away and out of sight."

In this particular instance, the presence of an apparent military helicopter in close proximity to the UFO suggests the strong possibility that the Flying Triangle was some form of wholly terrestrial aircraft undergoing secret trials. Therefore, can we dismiss the sightings of the similar (albeit much bigger) craft that have been reported for decades (a wave in Belgium in the late 1980s/early 1990s being a perfect example)? I would be willing to accept that possibility except for the one glaring factor that keeps cropping up time and again. The Flying Triangles have been seen for decades prowling around the countryside in the dead of night. They are nothing new. If the bulk of these vehicles are ours, why are we not utilizing such technology on the battlefield? Why keep them hidden?

As further evidence of the fact that the Flying Triangles are not a relatively recent phenomenon, Omar Fowler shared another account with me and which is worth noting. As Fowler explained, it was at approximately 11:00 a.m. on 19 April 1956 and Robin Gibbard of Derby, England – a roofer at the time – was working with a colleague at a house in Allstree, Derby. According to Gibbard, "The day was very clear, with very little cloud about. On hearing an aircraft approaching, I looked up to see a twin radial engine, propeller driven Avro Anson – which even then was becoming a rarity. The aircraft was approaching at a height of about 2,000 feet altitude or less. These aircraft were very slow fliers and used mainly for reconnaissance. I was amazed to see a delta wing plane circling fairly close to the Avro Anson, actually circling around the plane at least twice, at a speed not much more than the plane’s speed but making no audible sound – the only sound came from the Anson.

"After making two circuits, it broke away and then increasing its speed to a phenomenal amount, disappeared upwards on a long curve in about 5 to 10 seconds. My partner also saw this occurrence, but unfortunately he has since died and cannot corroborate this statement. It could not have been a glider, because of its breakaway speed and any possible Delta aircraft of that period always made plenty of noise."

To illustrate that he was unlikely to have misidentified the object, Robin Gibbard was keen to inform Omar Fowler of one important point: "At the time I was deeply involved in competition model [aircraft] flying in my spare time and was very aware of all aspects of the capabilities of model, diesel and petrol engines in every application and always had an interest in aircraft recognition during World War Two and afterwards. So I was familiar with all aircraft from that period." 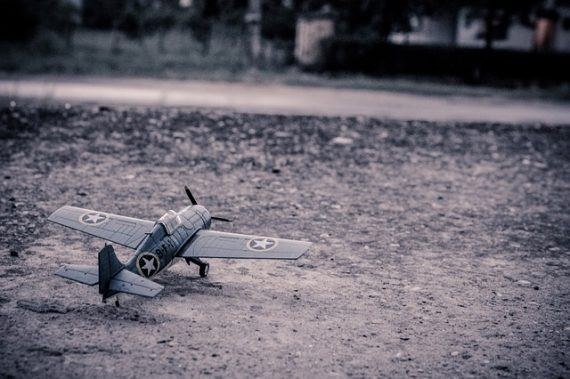 Omar Fowler produced a computer simulation of the object that Robin Gibbard viewed and it fit perfectly the description of the many Flying Triangles that are being reported in ever-increasing numbers today. Of course, if Robin Gibbard caught sight of the unidentified intruder, then it is entirely possible that the crew of the Avro Anson did likewise. If so, there is every possibility that the British Government has had an awareness of the Flying Triangle mystery for decades. Whatever the true nature and origin of the FTs, there's no doubt that the phenomenon is real.