Believe it or not, the United States isn’t the only country where history books contain false information or dubious or unsubstantiated claims presented as facts. Scientists in India are rising up against their government for promoting a book for university engineering classes that claims flying machines, batteries and other modern devices were actually invented over 5,000 years ago by Rishi Agastya and other ancient Indian sages. Is this for real?

“For ages now, we have been learning how the British invented things because they ruled us for hundreds of years and wanted us to learn what they felt like. It is now high time to change those things and we hope to do that with this course.”

A professor who did not want to be named told The Print that the curriculum of the optional course, ‘Indian Knowledge Systems’, is based on the book Bharatiya Vidya Saar, and is supported by the Human Resource Development Ministry and the All India Council for Technical Education (AICTE), which will help introduce it in 3,000 technical colleges across the country.

“None of these claims have ever been published in any reputed research journals. All these claims stem from misunderstanding or deliberate mistranslation of philosophical verses or ascribing an ancient origin to verses composed in the last century. Several of these claims have explicitly been debunked over the years by respected academics.”

Aniket Sule, a Mumbai-based scientist and faculty member of Homi Bhabha Centre for Science Education, led fellow scientists to start an online petition addressed to the chairman of AICTE outlining their concerns about a text they label as “pseudoscience.” What is in it that is pitting science against government? Here are some examples:

Rishi Agastya gives method of electrolysis to produce Oxygen and Hydrogen from water.

Rishi Kanad in ’Vaisheshik Sutra’ discusses types of motion as well as Newton’s laws of motion.

The book ‘Vaimanika Shastra’ was written by Rishi Bharadwaj about 5000 years ago.

The book ‘Vaimanika Shastra’ is authoritative text on not just construction on airplanes but also on navigation, aviation fuels and pilot preparation.

The speed of light has been accurately mentioned in Rigveda.

The theory of gravitation has been first mentioned in Rigveda.

Rishi Agastya was a Vedic sage and the author of several hymns of the Rigveda, an ancient and large collection of Vedic Sanskrit hymns dating back to 1500-1200 BCE, which puts it at the beginning of Hinduism, explaining its place as one of its four sacred texts. Rishi Kanand was an ancient Indian natural scientist and philosopher who lived between 600 and 200 BCE and whose name means “atom eater.” Rishi Bharadwaj was a scholar, economist and physician believed to be the author of the sixth book of the Rigveda. While these men were considered to be scholars in their times, it’s important to note that these books are religious rather than historical or scientific texts. (Sound familiar?) 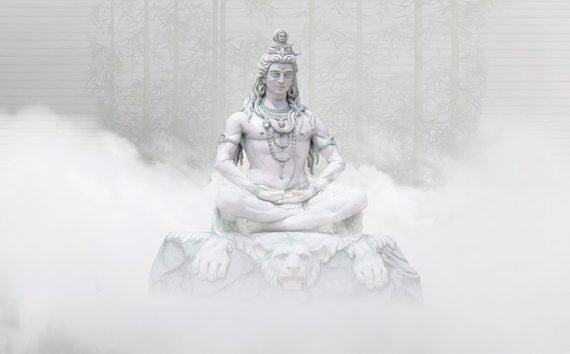 “If there is some part which is not having enough substantiated claim, we will put it across to another committee for review but that does not mean the entire contents are to be revoked.”

AICTE chairperson Anil Sahasrabudhe told The Indian Express he’s open to discussions, but meanwhile the book will remain in the engineering schools and Sahasrabudhe , Bharatiya Vidya Bhavan, the Indian educational trust which published the text, and one of its authors have started a counter-petition which says that those who oppose the text are ““Haters of Indian heritage and culture.”

Should the unproven claims be taught in an engineering class? Religion class? Who will win?

Mysterious and Mighty Magical Weapons of the Ancients