In the world of ancient archeology, there are plenty of things we only know about because of paintings or drawings on walls or pottery. Ancient ships are a good example, since they were made of wood that decayed and disintegrated, leaving nothing behind. It’s even worse for shipwrecked boats, since the water can accelerate that destruction. That is, unless the wooden boat sank in a body of water whose bed is so devoid of oxygen (anoxic) that decay cannot occur. One such place is the bottom of the Black Sea, and that rule was proven as explorers there recently found an intact shipwreck only seen before on ancient Greek pottery and dating back to 400 BCE, making this the world’ oldest intact shipwreck. Needless to say, the archaeologists are celebrating.

“The condition of this wreck below the sediment is staggering, the structural timber looks as good as new. This suggested far older wrecks must exist and indeed even in the few days since the dive we have discovered three wrecks considerably older, including one from the Hellenistic period and another that may be older still.”

The discovery was described in a statement released this week by the Black Sea Maritime Archaeology Project (motto: If it’s not in the Black Sea, we’re busy.) During the three summer seasons when they were able to explore the bottom (using a remote deep-water camera designed for offshore oil and gas exploration), the project found “60 astonishingly well-preserved shipwrecks” from various periods in the Black Sea’s long maritime history, including more recent 17th-century Cossack ships.

“A small piece of the vessel has been carbon dated and it is confirmed as the oldest intact shipwreck known to mankind."

Found at a depth of more than 2,000 meters (6,500 feet) in late 2017, images indicate the ship was a trading vessel resembling the one painted on the famous ‘Siren Vase’ on display in the British Museum which depicts Odysseus tied to the mast so that he can listen to the call of the Sirens. While that event is myth, this ship is real and its discovery is significant, says Professor Jon Adams from the University of Southampton, the project's main investigator.

"This will change our understanding of shipbuilding and seafaring in the ancient world."

One thing it will hopefully help resolve is how the Greeks became the first to successfully traverse what was then called the “inhospitable” sea as late as 475 BCE, shortly before this design was developed. 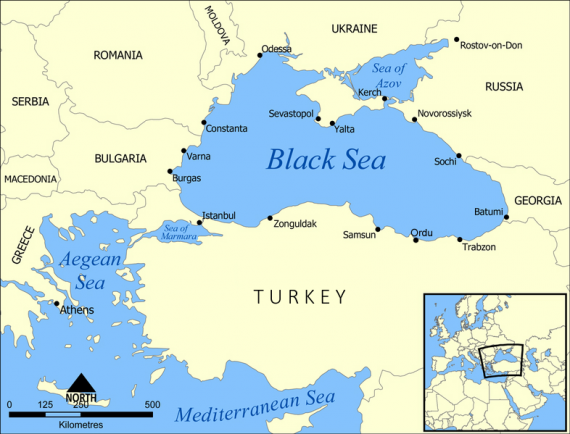 Interestingly, or perhaps ironically, the ship was found while the researchers were looking for something else – how the Black Sea area was impacted by flooding after the last Ice Age. Climate change preparations perhaps?

Nothing lives at the bottom of the Black Sea ... except our history.